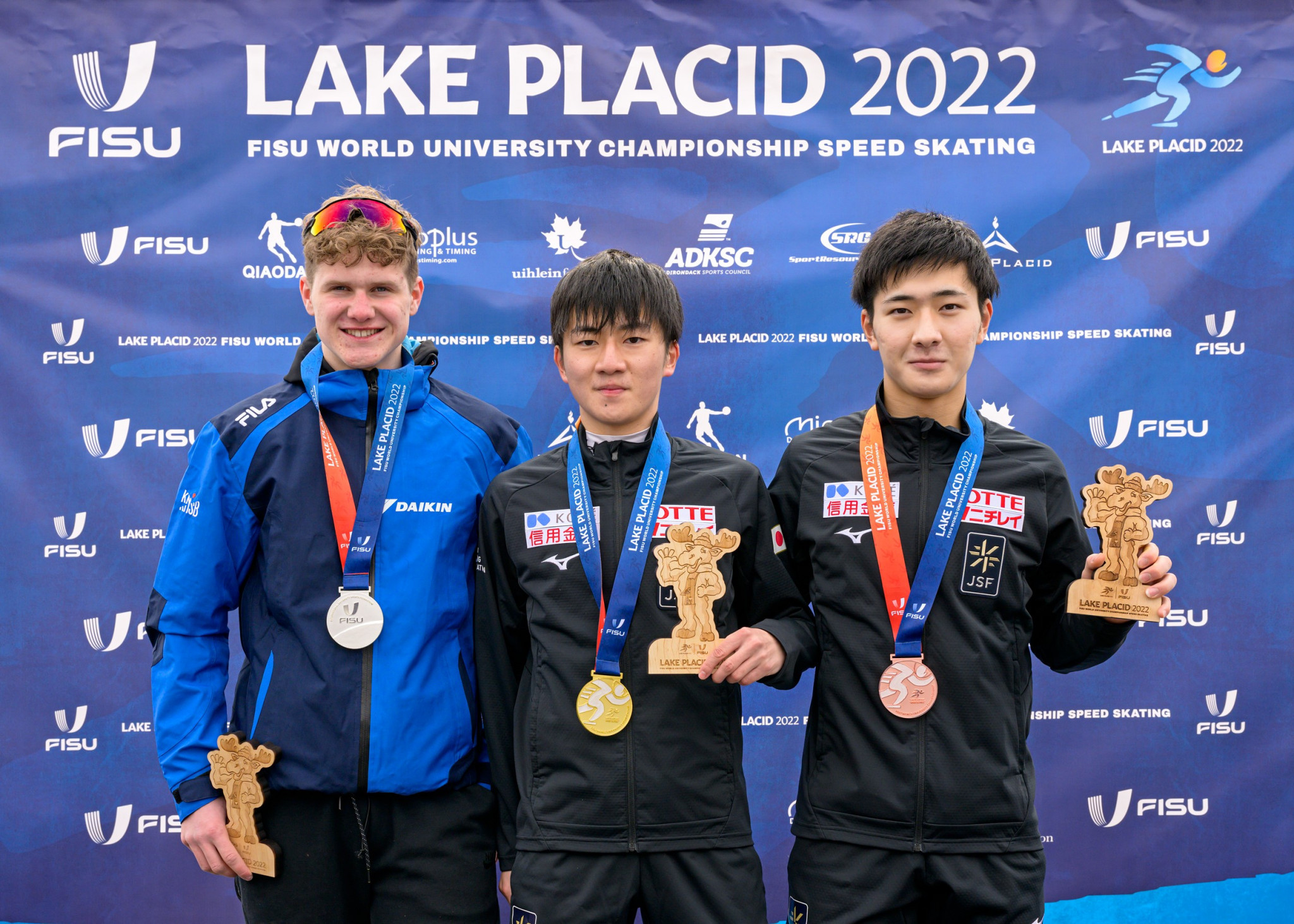 Tanigaki, who timed at 9 mins 23.55 seconds, triumphed in the men’s mass start while compatriot Takahashi topped the women’s standings.

"I worked with my teammate Kota Mitsui, who basically skated in front of me the whole time to help me save energy," Tanigaki said about the 14-skater event.

"The whole strategy was to get me gold at the end. So, he did his job really well and I got the win because of that."

The partnership between the paid dividends for Mitsui too, as he raced through the 16-lap event at the James C. Sheffield Speed Skating Oval to finish with a bronze medal.

Mitsui completed the course in 9:24.43, which was slightly slower than The Netherlands’ silver medallist Matthe Pronk in 9:23.80.

In Takahashi’s view, her success was largely down to patience and following her coach’s instructions during the 16-lap race.

"I had a lot of instruction from my coach, so I basically listened to that and did what I had to do to win the whole race," she said after finishing in 10:19.23.

In second was Germany’s Josephine Heimerl with a time of 10:19.52, while Hungary’s Abigel Mercs secured bronze thanks to a time of 10:20.60.

"She (Scholz) did a great job and then I brought it home," Roth said.

"I said to her, ‘we have to relax a bit for the first lap and then I will go in the lead for the two laps.

"Then she has to give me a good gap to the other ones… go full… full… full… then I have to bring it home."

Hungary’s Botond Beljcz and Mercs won silver with a time of 3:16.14 and Poland duo Iga Wojtasik and Dawid Burzykowski secured bronze in 3:17.04.

Germany’s success meant they finished second in the medal table with three golds, three silvers and a bronze.

After the United States had won just two medals at the previous five FISU Championship events, they managed to accumulate three golds and three bronzes to finish third.

Poland secured two golds and a silver while The Netherlands picked up a gold, three silvers and four bronzes.

Czech Republic, in sixth, won a gold and a bronze and Norway managed three silvers.

Meanwhile, Hungary took home a silver and a bronze.