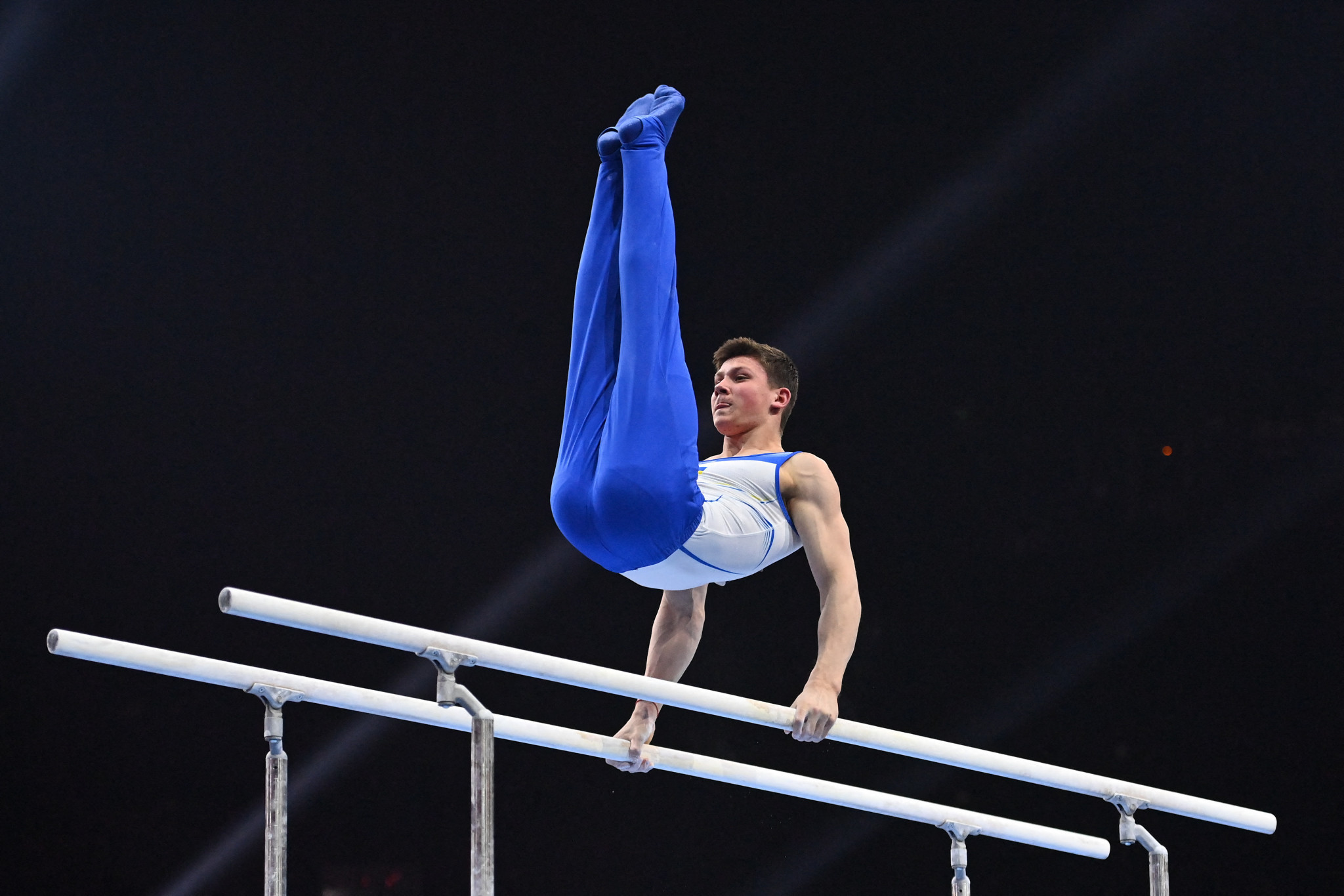 Kovtun triumphed last week at the FIG World Cup in Cottbus and produced a repeat in Qatar’s capital city Doha.

The 18-year-old achieved a score of 15.166 points to win the event at the Aspire Dome, having also starred in qualification two days ago.

The Ukrainian, a World Championship all-around bronze medallist, had a comfortable margin of victory over his nearest challengers.

Kazakhstan’s Milad Karimi finished as the runner-up on 14.566, with the Russian Gymnastics Federation’s (RGF) Kuliak third on 14.553.

Kuliak is one of the athletes who will be impacted by the International Gymnastics Federation’s decision to ban Russian and Belarusian athletes from its competitions.

Russian Ivan Kuliak wore the letter Z on his chest during the Artistic Gymnastics World Cup in Doha.
The Z is reportedly a symbol of support for Russia's invasion of Ukraine. (Kuliak won bronze in parallel bars. Ukraine's Kovtun Illia won gold.)https://t.co/iZ1Kb5RIUq pic.twitter.com/Qi6wGHMGHO

Kuliak was pictured on the podium with a neutral uniform due to the RGF sanction, but displaying the letter "Z".

The letter Z has been seen on Russian military vehicles during the ongoing war in Ukraine.

The horizontal bar event saw Israel’s Alexander Myakinin finish top of the podium with a score of 14.333.

Lithuania’s Robert Tvorogal was second on 13.933, while Kovtun settled for third on the same score due to his lower execution marks.

Armenia’s Artur Davtyan earned consecutive World Cup victories in the vault discipline, winning the event in Doha with a score of 15.033.

Ukraine’s Nazar Chepurnyi finished as the runner-up on 14.833, followed by Australia’s James Bacueti in 14.666.

The women’s beam and floor events were won by athletes representing the RGF.

Olympic team gold medallist Vladislava Urazova was a dominant winner of the beam event by scoring 13.200.

The podium was completed by Hungary’s Nora Peresztegi and Hong Kong’s Wong Hiu Ying, who achieved scores of 12.733 and 12.333, respectively.

The floor event saw the RGF’s Mariia Minaeva and Ukraine’s Daniela Batrona finish with the same score of 12.666.

Minaeva ended as the winner due to her higher execution score, with Batrona left settling for second.