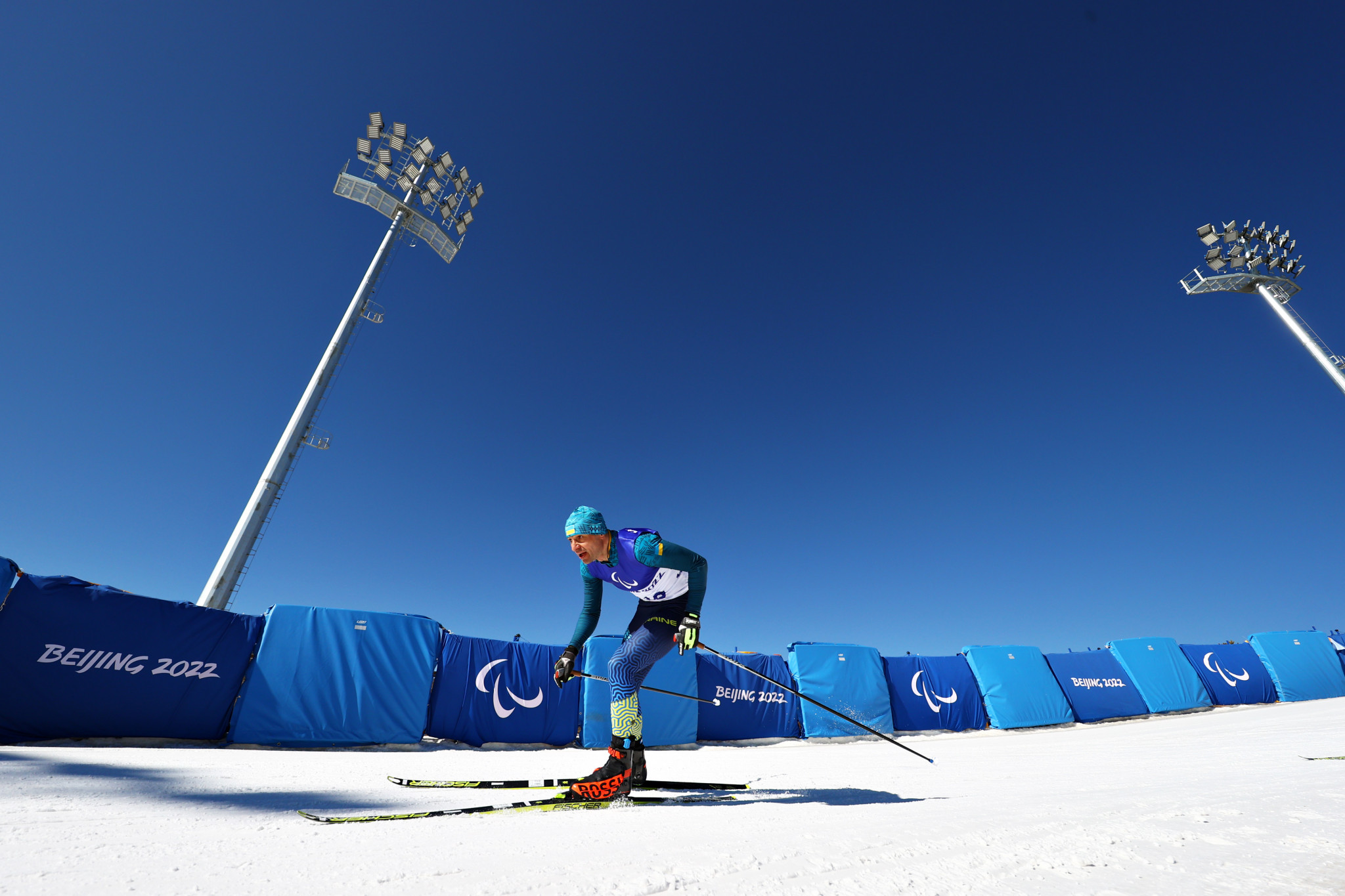 Ukraine got their Beijing 2022 Winter Paralympics campaign off to a flying start with three gold medals in the biathlon events.

Prior to the Games, there were fears that the country would not be able to send a delegation due to the Russian invasion.

However, a set of sublime performances has propelled them to the top of the medals table.

Vitalii Lukianenko led a Ukrainian podium sweep in the men's visually impaired sprint with a time of 17min 5.8sec.

"I'm really proud that we have the Ukrainian podiums today, because it's really important for our country," said Lukianenko.

The 43-year-old veteran notched the seventh Paralympic gold medal of his career while compatriot Oleksandr Kazik bagged another silver to add to his Pyeongchang 2018 double.

The wind was battering the Zhangjiakou National Biathlon Centre, making it exceedingly difficult for athletes to consistently hit the targets at the shooting range.

Winning his first Paralympic gold medal, the 33-year-old was a safe distance ahead of the chasing pack as he clocked in after 16:17.6.

"When war started in Ukraine, every day I was thinking about how I can help my people, my free country, my President, how I can support the team, how I can help," said Vovchynskyi.

"I tried thinking about the competition, but today it's difficult.

"It's our people, our children."

Germany's Marco Maier finished 45.8sec later while Mark Arendz of Canada's 17:13.6 saw him win his third bronze in the quadrennial event after one apiece at Sochi 2014 and Pyeongchang 2018.

Oksana Shyshkova and her guide Andriy Marchenko lived up to expectations in the women's visually impaired sprint by surging to gold after 20:09.0.

It marked Shyshkova's first gold in the event which eluded her in the last two editions.

She was followed across the line by German duo Linn Kazmaier and Leonie Maria Walter, posting times of 20:14.6 and 20:39.0, respectively.

"I do not have any hopes, I just want peace for Ukraine," said Shyshkova, when asked about her future medal aspirations.

It’s the stars and strips 🇺🇸 that keeps my Ukrainian🇺🇦 heart beating. I’ve always been proud of where I come from. And I can’t wait to race for the two countries that make me whole. #teamusa
📸 @TeamUSA pic.twitter.com/ZpgC1TYhW2

"I hope everything will be calm and peaceful because I worry a lot about the situation in Ukraine."

Liu Zixu won China's first gold medal of the Games in the men's sitting sprint with a time of 18:51.5, despite suffering a shooting penalty.

It turned out to be a routine win for Liu, as he amassed a healthy lead ahead of second place Taras Rad of Ukraine.

Yujie Guo won a second gold for the Chinese after 19:43.3 in the women's standing sprint.

Liudmyla Liashenko was forced to settle for silver after committing two shooting fouls.

Oksana Masters won the first biathlon gold of Beijing 2022 after 20:51.2 to avenge her shock Pyeongchang 2018 loss to compatriot Kendall Gretsch, who finished third in the same race with a time of 21:52.9.

Shan Yilin took the silver medal for China after 21:06.3.

As well as Pyeongchang 2018 triumphs in the 2.5 kilometres sprint classic sitting and 5km sitting cross-country events, she won two cycling golds at Tokyo 2020 in the road time trial and road race.

Masters was born in Ukraine, when it was part of the Soviet Union in 1989, before being adopted by an American family aged seven.