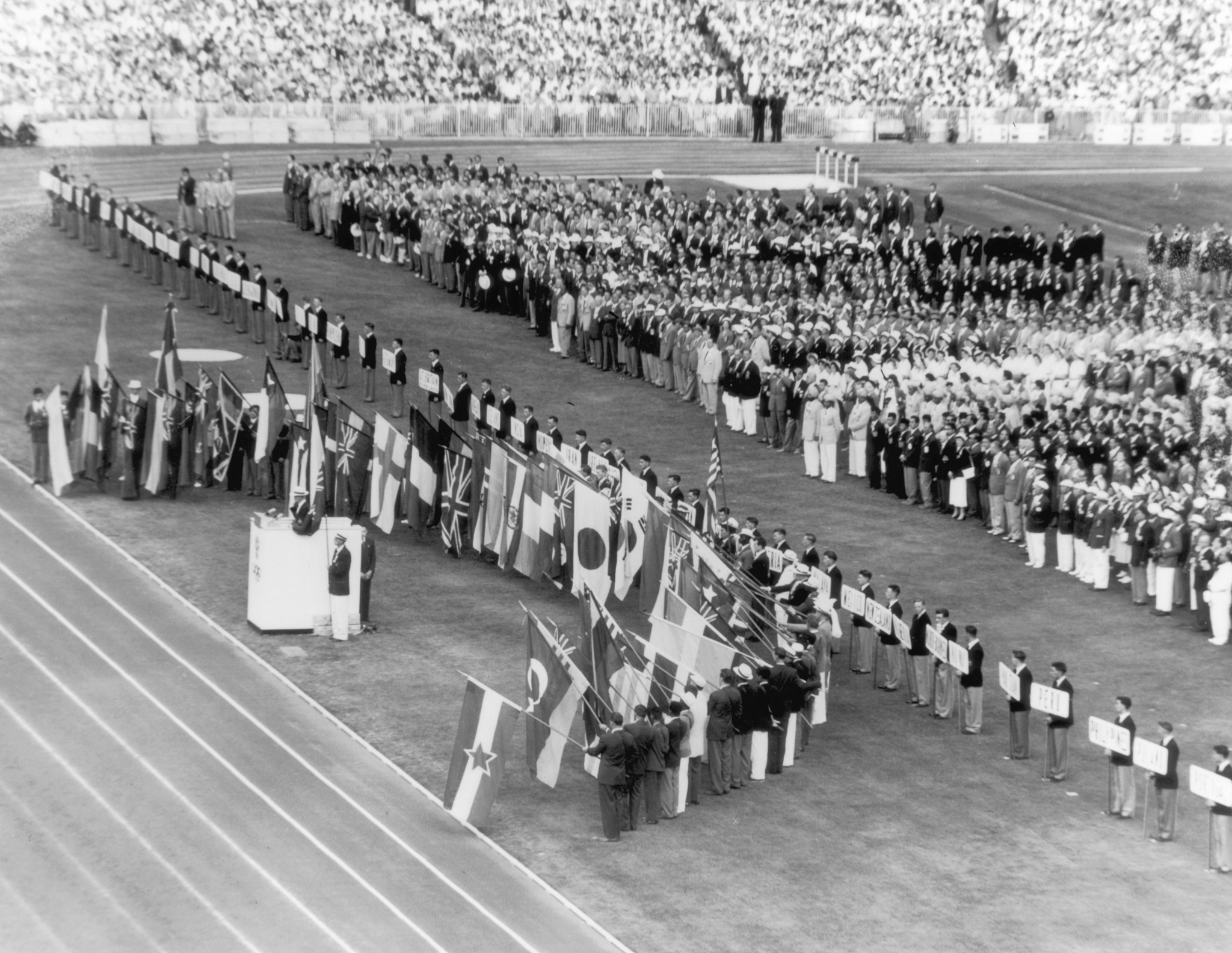 John Landy, the second man to break the four-minute mile barrier, has died at the age of 91.

The Australian broke the world record for the mile in 1954 when he ran exactly three minutes and 58 seconds, 46 days after Britain's Sir Roger Bannister became the first man to achieve the feat.

Landy won two medals for Australia - a silver over the mile distance at that year’s British Empire and Commonwealth Games in Vancouver and bronze on home soil in the 1956 Olympics in Melbourne over 1500 metres.

At the same Olympics Landy was selected to read the Athletes Oath during the Opening Ceremony.

"He was a pioneer - and his rivalry with Roger Bannister, as the pair closed on the sub four-minute mark for the mile, captured not only Australia’s imagination, but that of the world," reflected Coates.

Sir Roger became the first man to break the iconic four minute barrier for the mile distance in Oxford, England in May 1954 when he clocked 3min 59.4sec, before Landy lowered the mark to 3:58 in Finland 46 days later.

The pair were involved in another memorable duel at the 1954 British Empire and Commonwealth Games when Sir Roger dramatically passed Landy to win gold in a race later dubbed "The Miracle Mile."

As well as reading the Olympic Oath at the Melbourne 1956 Olympics, Landy was also involved in a great act of sportsmanship at that year’s Australian Mile Championship.

Coates recalled: "It was John’s extraordinary act of sportsmanship in stopping to assist injured rival Ron Clarke in 1956 at the Australian Mile Championship that says so much about John Landy.

"More extraordinary still, that he then chased the field down to win that race.

"How appropriate that the Sport Australia Hall of Fame recognised that act as the finest sporting moment of the 20th century back in 1999."

After athletics, Landy moved into politics and served as Governor of Victoria from 2001 to 2006.

During his tenure he was selected as the final runner in the Queen’s Baton Relay for the 2006 Commonwealth Games in Melbourne, presenting the Baton to Queen Elizabeth II at Melbourne Cricket Ground during the Opening Ceremony.

Reflecting on Landy’s death Coates added: "He rightly received numerous awards and forms of recognition, but he was modest about his achievements, preferring to reflect on the talents and abilities of his rivals.

"It is a sad moment for the Olympic Movement in Australia but we will always remember John Landy as a man who both espoused and lived the Olympic values."