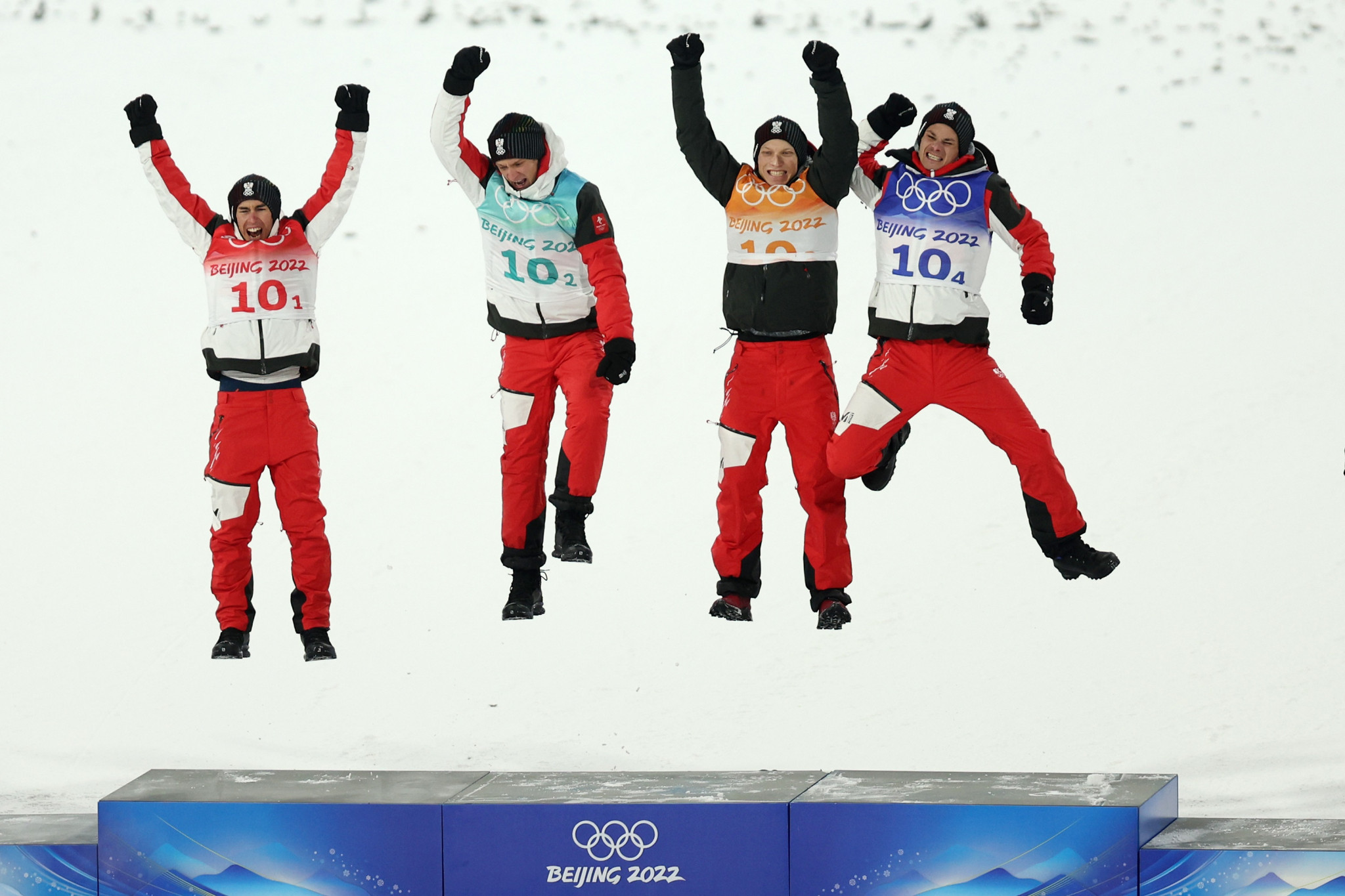 Peter Prevc cranked up the heat on Fettner when he landed a jump of 127 metres to put Slovenia in front on 934.4.

But Fettner responded superbly as he held his nerve to secure gold for Austria with a leap of 128m, helping his team to total 942.7.

Slovenia had to settle for silver, while Germany rose to bronze, edging out Norway, with 922.9 largely thanks to a huge jump by Markus Eisenbichler.

"It feels great to celebrate it with the whole team," said 36-year-old Fettner, a silver medallist in the men’s individual normal hill.

Jan Hörl landed the biggest jump in the Austrian team with 137.5m, while Stefan Kraft and Daniel Huber also contributed to the success.

It was Austria’s first gold in the event since Vancouver 2010.

"We missed the podium four years ago by quite much," said Fettner when reflecting on the team’s performance at Pyeongchang 2018.

"It feels a lot better now.

"Team competition is different to normal one.

"You've got the pressure not only on your shoulders, it's separated on everybody's shoulders.

"I think every one of us managed it really good today.

"We had no bad jump all of us, and did two times a really good job.

"So happy for the whole team that we can call us Olympic champions."

Kraft added: "It's unbelievable how this all comes together at the end.

"I'd say it's one of the best days in my life. It's a team with friends, and for the whole team and for Austria, it was great.

"It's cold, you are nervous and you're just waiting, but the other guys have done a really good job."