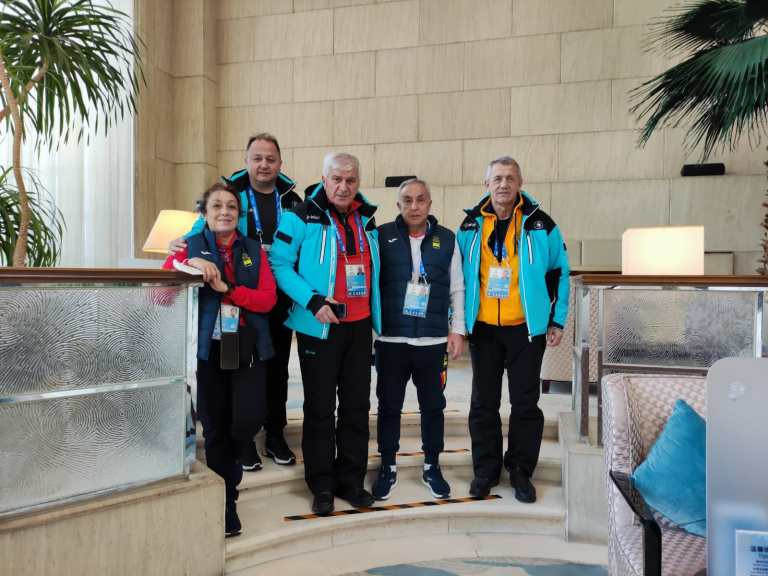 Blanco was joined by COE secretary Victoria Cabezas for the summit.

The meeting is believed to have agreed on the renovation of Sarajevo's bob run and ski jump tracks, with the COE set to bear some of the cost.

A delegation of four Spanish officials are set to travel to Sarajevo next month to further explore an idea that a Barcelona 2030 bid for the Winter Olympics could include bobsleigh and Nordic events in Sarajevo, a city which hosted the 1984 Winter Games.

The Sarajevo Olympic Bobsleigh and Luge Track, situated on Trebević mountain overlooking the city, was damaged as a result of the "Siege of Sarajevo" during the Bosnian War when the it was used as an artillery position by Bosnian Serb forces.

The track still remains mostly intact with the war wounds of defensive fighting holes drilled into one of the last turns of the course.

Limited repairs have been undertaken over the years but being chosen as part of Barcelona's Olympic bid would see it completely renovated and restored to former glories.

"The idea of Barcelona-Sarajevo 2030 is part of the new concept of sustainability of the Games, where particular emphasis is placed on the use of already existing infrastructures, with an adaptation of the latter," the OKBIH said in a statement.

"It should be emphasised that this would be the second Olympic Games in the history of both cities, with Barcelona becoming a new city hosting both the Summer and Winter Games, while the Olympic spirit would be rekindled in Sarajevo."

Relations between the two cities have been warm since the 1992 Olympics in Barcelona were held at the height of the war in the Balkans.

Bosnia and Herzegovina were allowed to compete at the Games under their own flag.

In the wake of the conflict, Spanish authorities joined with the International Olympic Committee and United Nations to rebuild the athletes village at Mojmilo, which had been heavily shelled during the fighting.

There is also a commemorative mural at the Olympic Village in Sarajevo.