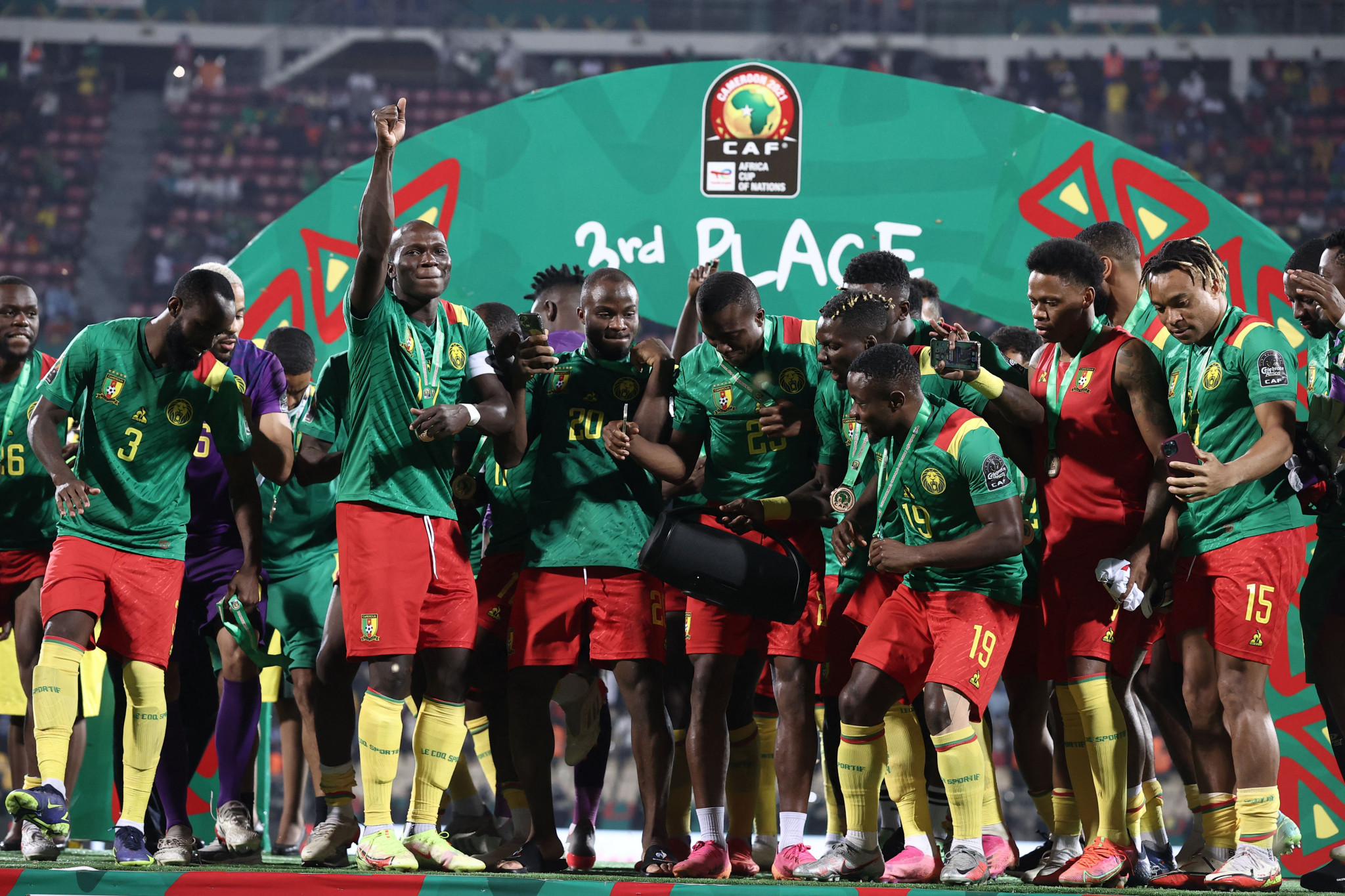 Cameroon completed a stunning comeback against Burkina Faso to secure a third-place finish at the Africa Cup of Nations.

The host nation found themselves 3-0 down after 49 minutes thanks to Steve Yago's close-range finish, Andre Onana's calamitous own goal and Djibril Ouattara's glancing header.

However, a raucous crowd at the Ahmadou Ahidjo Stadium in Yaoundé spurred on the Indomitable Lions.

Stéphane Bahoken pulled one back in the 71st minute to offer Cameroon a glimmer of hope.

The tournament's top-scorer Vincent Aboubakar was brought on at half-time and turned out to be the difference-maker.

The Al-Nassr man found the net twice in two minutes to level the game in remarkable fashion to finish on eight goals in total in the competition.

There was no extra-time so the game went straight to penalties.

Aboubakar stepped up first and was lucky to beat Farid Ouédraogo in goal as he fired a tame effort into the bottom corner.

The 20-year-old Issa Kaboré had the daunting task of stepping up first for Burkina Faso but confidently slotted it home.

Both sides traded blows from the spot before Ibrahim Blati Touré's effort was saved by Onana.

Cameroon scored their remaining efforts to seal a 5-3 win on penalties.

It was a vastly different shootout display from the hosts compared to their semi-final exit against Egypt which saw them miss three out of four spot kicks.

It is the second time that they came third, after the 1972 edition which was also hosted in Cameroon.

The final is set to take place tomorrow as Senegal take on the tournament's most-successful nation Egypt.

Senegal is still in search of their maiden title whereas Egypt have won seven, with the last coming in 2010.

The Egyptian assistant coach Diaa al-Sayed called on the Confederation of African Football (CAF) to postpone the final by 24 hours after his side was taken to penalties by Cameroon.

"I ask CAF that the final be played on Monday," al-Sayed said.

"There is one more day of recovery for Senegal."

The request was refused by CAF.