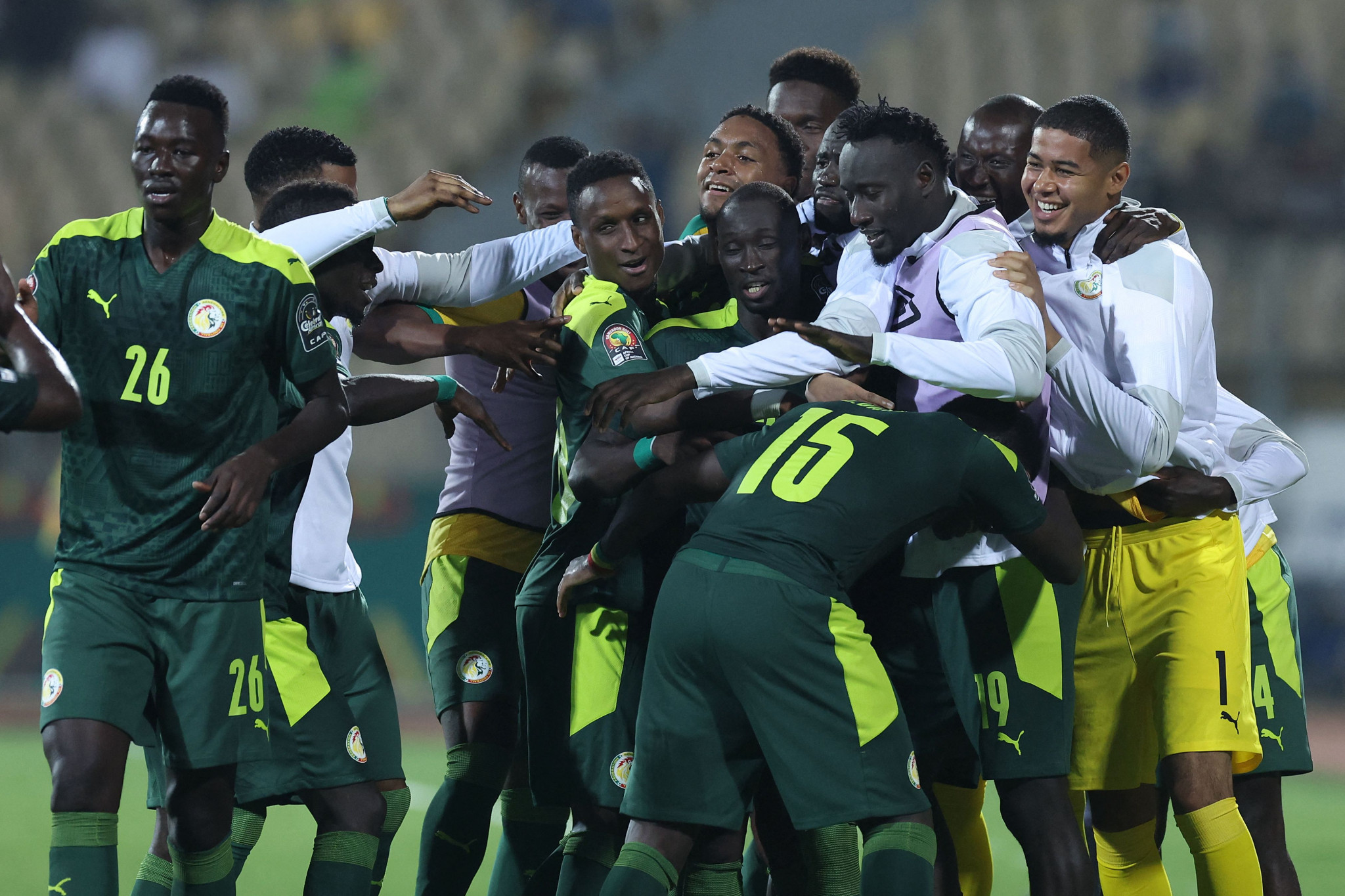 Top-ranked side Senegal are one match away from their first Africa Cup of Nations title after three goals in the final 20 minutes helped them to overcome Burkina Faso in Cameroon.

The Lions of Teranga are 20th in FIFA's world rankings, and suffered heartbreak in the 2019 final as they went down to Egypt.

They were beaten on penalties by Cameroon in the 2002 final, and are still waiting for continental glory.

Twenty years on, Senegal will have the chance to go one better - either against Cameroon again or Egypt, the hosts' opponents in tomorrow's second semi-final.

Senegal were up against a Burkina Faso side whose recent performances at the Africa Cup of Nations have belied a ranking as the 60th best team in world football, having reached the last four in 2017 and the final in 2013.

The first half at the Ahmadou Ahidjo Stadium in Yaoundé was marked by Ethiopian match referee Bamlak Tessema Weyesa twice overturning penalties awarded to Senegal after a video assistant referee (VAR) review.

Burkina Faso goalkeeper Hervé Koffi was stretched off following the first of those incidents after challenging for the ball with Cheikhou Kouyaté and landing heavily.

The referee had initially awarded a penalty  to Senegal, but a replay showed that Koffi had just managed to get a fist on the ball before clattering Kouyaté, who returned to the Senegal starting 11 after coming off the bench to score in the quarter-finals against Equatorial Guinea.

The referee pointed to the spot again in first-half stoppage time when Idrissa Gueye’s shot struck Edmond Tapsoba's elbow, but again he deemed in favour of Burkina Faso on review and ruled that no offence had been committed.

The deadlock was broken on 70 minutes by Abdou Diallo when the Stallions were unable to clear their lines from a corner.

Six minutes later, Sadio Mané got the better of Bouna Sarr and cut the ball back for Gueye to slot home.

Burkina Faso would not lie down, and halved the deficit with eight minutes remaining when Blati Touré guided home Issa Kaboré's cross.

However as they became increasingly desperate for an equaliser, Burkina Faso left themselves open to a counter-attack, and Senegalese star man Mané finished the contest with a composed finish after being sent clear by Ismaïla Sarr.

The Africa Cup of Nations final is set to be held at the Olembe Stadium in Yaoundé on Sunday (February 6).