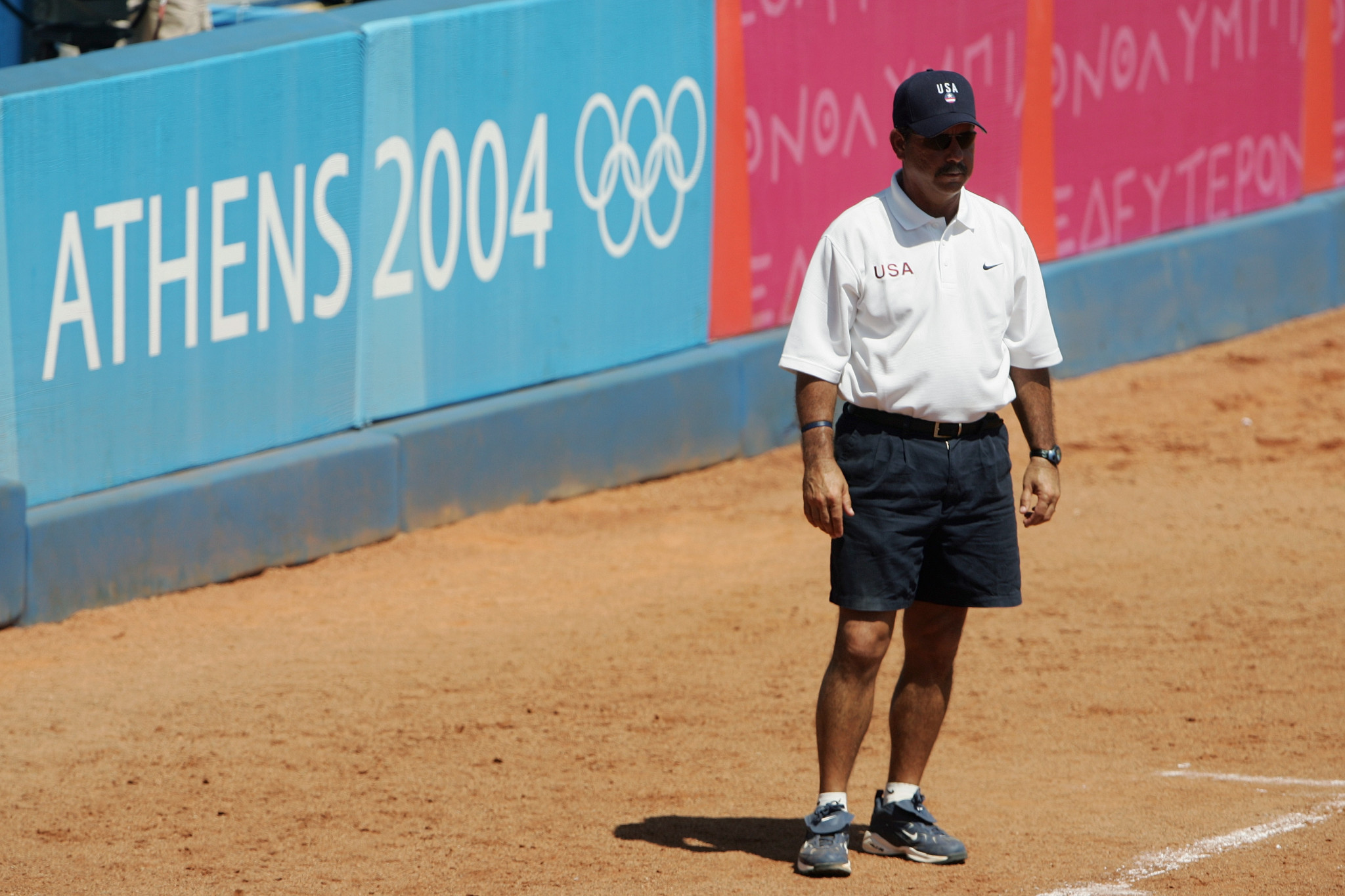 Olympic gold medal-winning women's softball head coach Mike Candrea has had the field named in his honour at the University of Arizona.

The venue is now known as the Mike Candrea Field at Rita Hillenbrand Memorial Stadium.

As head coach, the now 66-year-old guided the United States to Olympic softball victory Athens 2004, following it up with a silver in Beijing four years later.

His 17 wins from 18 Olympic softball matches gives him the most victories and best winning percentage of any softball head coach in Olympic history.

The move was revealed at half-time of a basketball match at the McKale Centre between the Arizona Wildcats and the Sun Devils, where former players for the University of Arizona and the US at the Olympics were in attendance.

"What a lucky guy I am to represent this great university," Candrea said.

"I just want to thank all of you, the fans.

For the man who has given everything to our sport, this is for you ❤️💙 #BearDown pic.twitter.com/auI1EzRLxE

"You guys are the best in the world, but I tell you what, this is what it's all about.

"They're the reason right here, and I want to thank all the players, all the coaches that I've been able to coach with, administration.

"I’ll share something from Lou Gehrig, I’m the luckiest man in the world right now, so I just want to say thank you."

Jessica Mendoza, who featured at Athens 2004 and Beijing 2008, tweeted: "The absolute best.

"Thank you @CoachCandreaUA for everything you have done for the sport and the influence you have had on my own life and so many others.

"You are so loved and this game will forever feel your presence."

Baseball and softball returned to the Olympics at Tokyo 2020 for the first time since the Games in the Chinese capital, with the US again taking softball silver after losing to Japan in the final.

The World Baseball Softball Confederation has missed out on the programme for Paris 2024 and Los Angeles 2028, but is hoping to feature as an additional sport when the US holds the Olympics in six years' time.