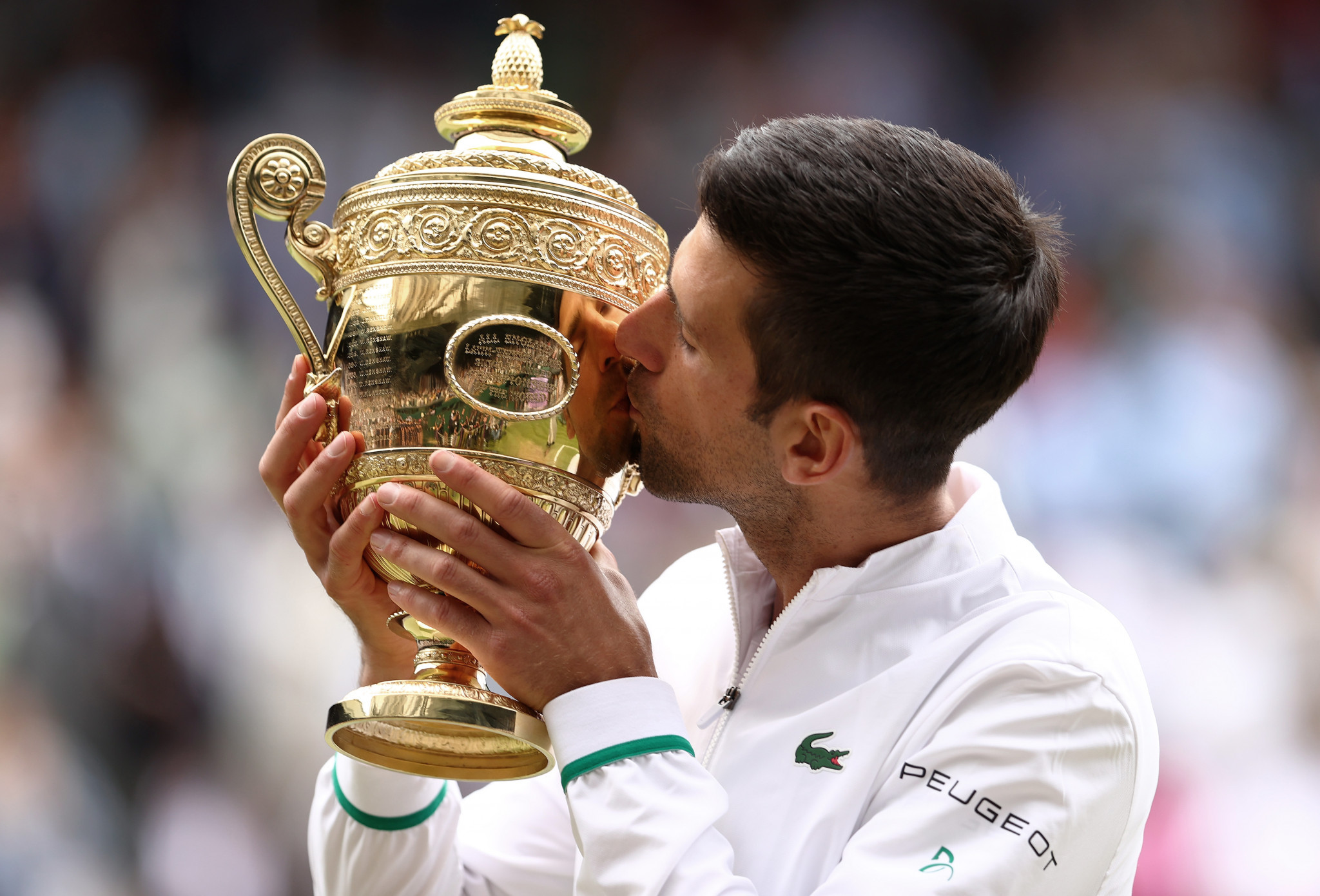 Tennis stars Novak Djokovic and Ashleigh Barty are among the nominees for the 2022 Laureus Sports Awards, which were announced today.

Djokovic has been nominated for the Laureus World Sportsman of the Year Award for winning three Grand Slams last year to take his career total to 20.

He missed the opportunity of winning a record 21st at the Australian Open when he was deported from Melbourne because he did not have a vaccination for COVID-19.

Joining the Serbian on the shortlist are National Football League’s seven-time Super Bowl winner Tom Brady, who announced his retirement last night following a career which saw him win his most recent title with Tampa Bay Buccaneers last January at the age of 43.

The United States five-time Olympic swimming gold medallist Caeleb Dressel, and Kenya's Eliud Kipchoge, who became only the second runner in history to win back-to-back Olympic marathon titles when he triumphed at Tokyo 2020.

Poland's Bayern Munich striker Robert Lewandowkski, who last year set the Bundesliga record for most goals in a calendar year with 43 goals, and The Netherland’s Max Verstappen, controversially crowned the Formula One world champion, are also included in the men's top category.

Barty, world number one in women’s tennis, is nominated for the Laureus World Sportswoman of the Year Award for winning Wimbledon, which became her second career Grand Slam.

On Sunday she added to her growing collection by becoming the first home player for 44 years to win the Australian Open.

Other nominees for the category are athletics’ Allyson Felix and Jamaica's Elaine Thompson-Herah, swimming’s Katie Ledecky, from the US, and Australia's Emma McKeon, and Ballon d’Or winner Alexia Putellas.

Felix surpassed Carl Lewis as the most decorated track and field US Olympian with her 11th medal at Tokyo 2020, while Thompson-Herah won three gold medals at Tokyo 2020, including the 100 and 200 metres double.

Ledecky achieved two golds and two silvers in Tokyo while McKeon achieved four golds and three bronze’s - the most of any individual at the event.

Lionel Messi’s Argentina, Putellas’ Barcelona and Roberto Mancini’s Italy were listed among the nominees for the Laureus Word Team of the Year Award.

Argentina won the Copa America, Barcelona their first Champions League, and Italy brought back the European Championships for the first time since 1968.

Pedri, 19, was voted the best young player at the Balon d’Or, while Chopra became India’s first Olympic athletics gold medallist when he won the javelin.

Britain’s Mark Cavendish, Tom Daley and Sky Brown are nominated for the Laureus World Comeback of the Year Award.

Cavendish overcame depression to win a second Tour de France sprint title, Daley underwent knee surgery one month before winning gold at Tokyo and Brown, 13, recovered from a fractured skull to win a bronze medal at the Olympics.

Other nominees include the United States' Simone Biles for winning an Olympic bronze medal after the American had failed to live up to expectations in the early stages  of the competition.

Dutch cyclist Annemiek van Vleuten is nominated for overcoming disappointed in the road race and winning the time trial  and motor cycling’s Marc Márquez, the Spaniard who won his first race in 581 days.

The Laureus Sportsperson of the Year with a Disability Award is back after last year’s postponement.

The Netherlands' Plat was exceptional in both cycling and triathlon by winning three golds in the two sports at Tokyo 2020.

The final category is the dedicated Laureus Sport for Good Award.

Non-profit organisation Ich will da rauf! in Germany is nominated for getting disabled and non-disabled people to share a climbing wall, while Monkey Magic in Japan received recognition for promoting free climbing for people with visual impairment.

All the winners are due to be announced during a virtual Laureus Awards ceremony in April.