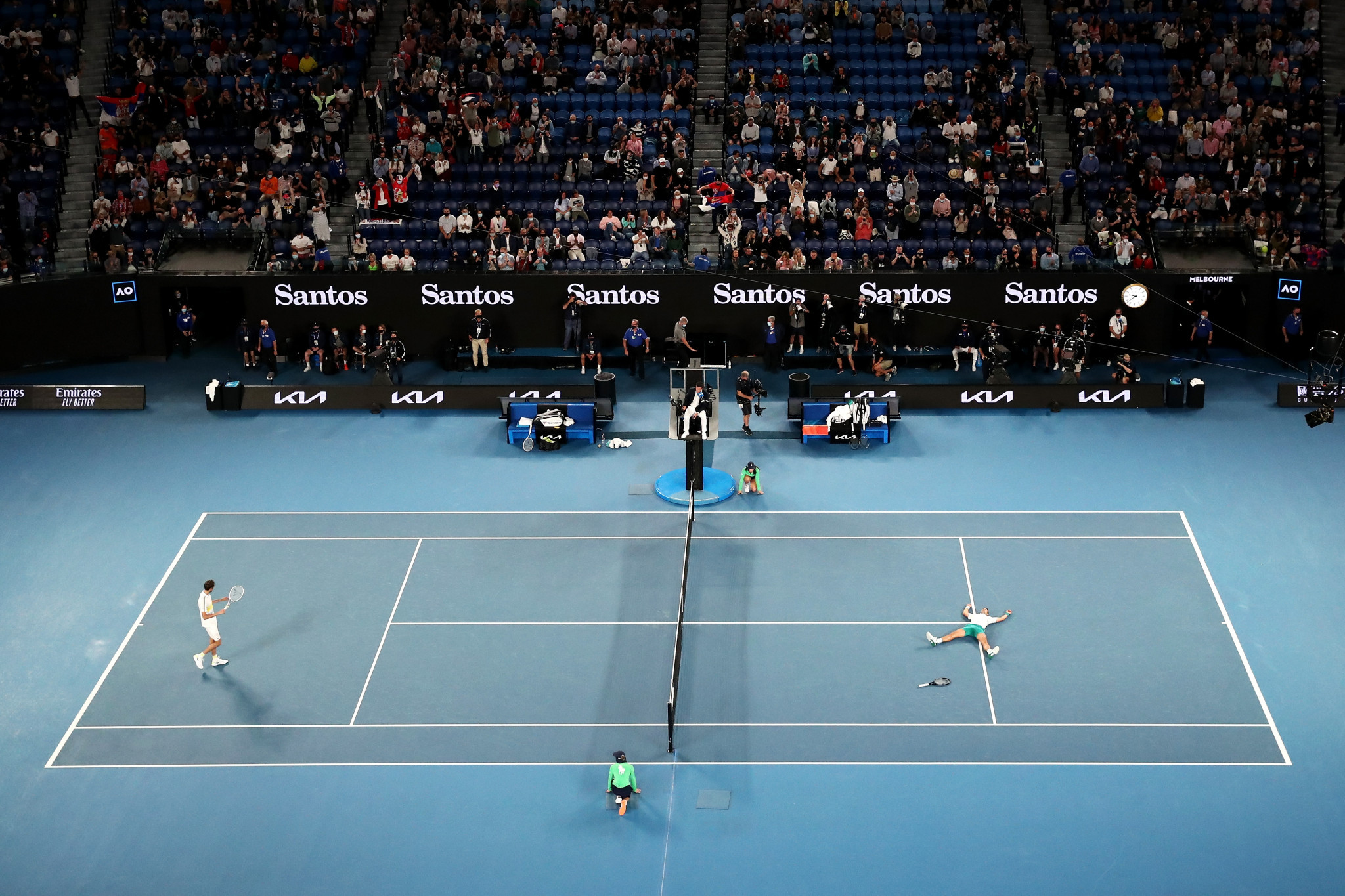 Tennis Australia has ended its controversial "multi-year deal" with oil and gas producer Santos after less than 12 months.

South Australia-based Santos was confirmed as the Australian Open and the Association of Tennis Professionals Cup's official natural gas partner in last February before the delayed first tennis Grand Slam of the year, with Tennis Australia claiming it would "provide a platform for Santos to showcase how natural gas is used in everyday life".

This was initially intended as a multi-year deal and allowed the company's branding to feature prominently at last year's tournament.

Tennis Australia has confirmed the partnership has been brought to an end, with a spokesperson commenting: "Santos was a partner of AO2021, however they are no longer a partner now."

This was finalised before November 5 last year, although only recently has it received more widespread publicity.

Climate activists including 350.org Australia, which aims to "rapidly end fossil fuels by building a global climate movement", had compared sponsorship with fossil fuel giants to "doctors promoting cigarettes in 1930".

"Tennis Australia should be congratulated for ending their association with Santos," Manne said.

"Fossil fuel companies like Santos are driving climate damage including increased heatwaves, drought, bushfires, coral bleaching and sea level rise - and they must not be allowed to 'sportswash' their image at major events.

"The sustainability of the Australian Open depends on a sustainable climate.

"Research by the Climate Council has shown that climate change is already subjecting Australian Open players to more heat stress and the situation is expected to get worse."

Tennis Australia has signed the United Nations Sports for Climate Action Framework, whose members aim to use sport to drive climate awareness and action, and have committed to achieving "net zero" greenhouse gas emissions by 2040.

Natural gas has been considered a "bridge fuel" to assist with the transition to carbon-neutral energy, although scientists have challenged those claims, arguing they are undermined by its "leakage rate".

Santos merged with Oil Search Limited last month, but has claimed it aims for "net-zero emissions" by 2040.

This year's Australian Open is ongoing and is set to conclude on Sunday (January 30).