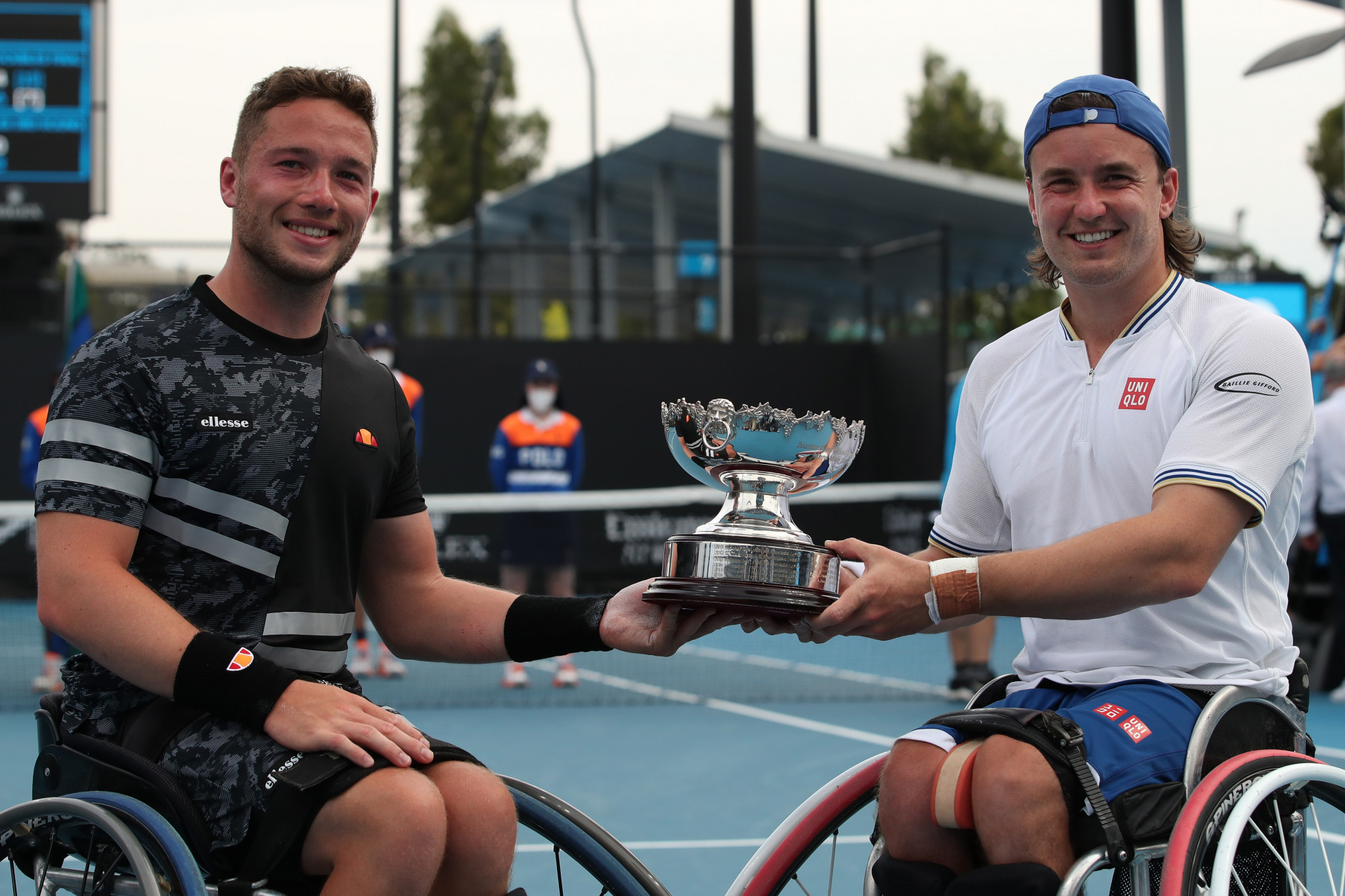 They defeated Argentina's Gustavo Fernández and Shingo Kunieda of Japan 6-2, 4-6, 10-7 in what was also their third straight trophy at the Australian Open at Melbourne Park.

"These kinds of records, I think we always take them with a pinch of salt because it’s a little bit different for us to win a Grand Slam title than it may be for people in the other draw," said Reid.

"It’s always nice to hear them but, at the same time, I think we just focus on what we’re doing and we’re just enjoying each one as it comes.

"Just trying to improve and try and push our partnership forward and try and come back better in the next one."

The triumph means that Hewett and Reid have surpassed Americans Martina Navratilova and Pam Shriver's record of eight straight women's doubles titles between Wimbledon in 1983 and the 1985 French Open.

Hewett could claim a second trophy at this year's Grand Slam as he is set to play Kunieda in the singles final tomorrow.

In the women's doubles final, Britain's Lucy Shuker and Japanese partner Yui Kamiji produced a spirited performance against heavy favourites Diede de Groot and Aniek Van Koot of The Netherlands but eventual succumbed to a 7-5, 3-6, 10-2 loss.

Andy Lapthorne of Britain and the United States' David Wagner came from behind to deliver an upset to Dutch duo Sam Schröder and Niels Vink in the quad doubles.

It is Lapthorne and Wagner's first win in the final since 2017, having lost to Australia's Dylan Alcott and Heath Davidson in the decider every year after.