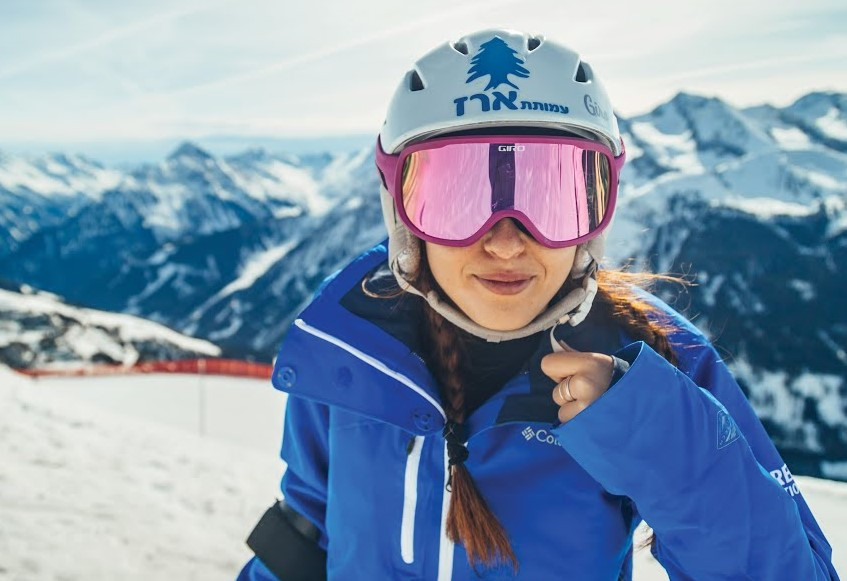 Sheina Vaspi will become the first athlete to represent Israel at the Winter Paralympic Games after being selected for Beijing 2022.

The 20-year-old is due to compete in Alpine skiing.

In line with her Orthodox Jewish Hasidic faith, Vaspi wears a skirt over her ski trousers, and she does not ski on Saturdays, the Jewish Sabbath and a day dedicated to rest and worship.

Vaspi was only three-year-old when her left leg was amputated after a serious car accident.

Her journey to the Paralympics began three-years ago where she joined a non-profit organisation, the Erez Foundation.

Erez was founded in 1999 to aid disabled military veterans, athletes, and children to learn how to engage in extreme sports like adaptive skiing and tandem bike riding.

Their goal is to help participants through the "rehabilitation process" and "focus on empowerment, strengthening, social integration and independence".

Vaspi had made history earlier this month where she was the first Israeli to participate at the Para World Alpine Skiing Championships in Lillehammer in Norway.

Israel made its debut in the Paralympic Games at Rome in 1960 and has competed in every Summer edition since, winning a total of 384 medals, including 129 gold.

But they have never qualified for the Winter Paralympics until now.

"We are so proud that a sunny country like ours has managed to put up a representative in this winter sport," Eli Birnbaum, chairman of the Israel Paralympic Committee, said.

"This is a badge of honour for all those involved - Sheina and her professional staff, the Paralympic Committee and the Erez Foundation."

During a trip to the United States, Scott Olson, of the National Sports Centre for the Disabled in Colorado, put Vaspi through intensive coaching sessions to further improve upon her raw talent before the Winter Paralympics, which are due to take place between March 4 and 13.

"Sheina is a female in a sport that doesn’t get a lot of females," Olson told ISRAEL21c.

"She’s got a drive that really isn’t matched by a lot of people, male or female. Every time she fails, she comes back better and stronger. She is a joy to be around - she brings light into the room.

"She’s competing against athletes racing for 10 or 20 years and she has only been skiing three years and only in her second year of training.

"To be able to perform here with world-class athletes is absolutely amazing in the timeframe we’ve done it."