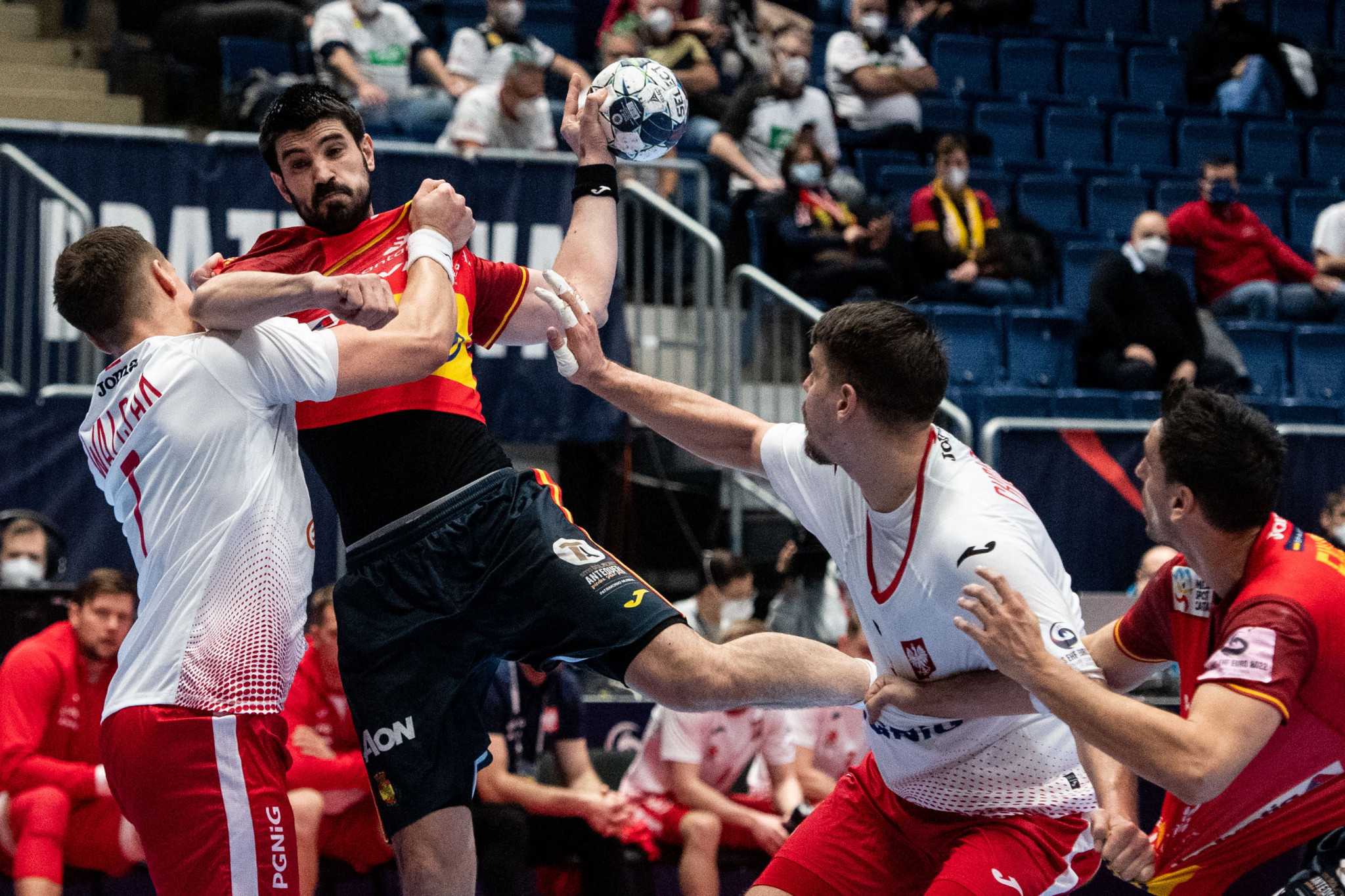 Spain and Sweden booked their places in the semi-finals of the Men’s European Handball Championship with dramatic single-point victories over Poland and Norway respectively.

Holders Spain secured a last-four spot with a 28-27 victory over Poland, booking a place in a sixth successive semi-final at the Championship.

Spain led 14-13 at the interval, with six of their first-half goals coming from fast breaks, and despite already being eliminated from semi-final contention before the match, the Poles proved no pushover for the defending champions.

Arkadiusz Moryto scored six goals for Poland, and in the process became the tournament’s top scorer, taking his total for the Championship to 46.

Spain were grateful to their keeper Rodrigo Corrales who saved two shots from one-on-one situations inside the final minute, to help Spain hold on for the win.

As they were playing in the first game of the day in the final round of Group II matches, held in Bratislava, Slovakia, Spain were able to relax and watch Sweden and Norway battle it out for the second semi-final place.

In another thrilling match, Sweden fought back from being four goals behind with six minutes to go, to progress at their opponents expense 24-23.

Norway led 14-9 at the interval, helped by a run of four goals to zero late in the first half, before Sweden cut the gap to one goal midway through the second half.

After keeping Norway’s attack quiet in the final minutes, Valter Chrinz scored a penalty with 11 seconds to go to seal Sweden’s victory and place in the last four.

Sweden keeper Peter Johannesson saved nine shots in the second half, with a 50 per cent efficiency rate, to help blunt Norway’s attack.

Spain and Sweden both finished with eight points in the group, with Spain ending top following their win over the Swedes in the preliminary round stage.

The other match in the group was between Germany and Russia, two sides unable to progress to the next stage, also proved a tight affair.

Winger Patrick Zieker scored the clinching goal for Germany with 11 seconds to go as they prevailed 30-29.

Russian left back Mark Kosorotov scored eight goals in the match, but two spells near the end of each half saw Russia’s scoring limited, allowing Germany to sneak a consolation victory.

Group I concludes tomorrow, with Denmark already assured of a semi-final place, and France and Iceland in contention for the second spot.

France take on Denmark and know that a win will secure their last four berth, but if they lose they could be overtaken by Iceland, if they beat Montenegro.