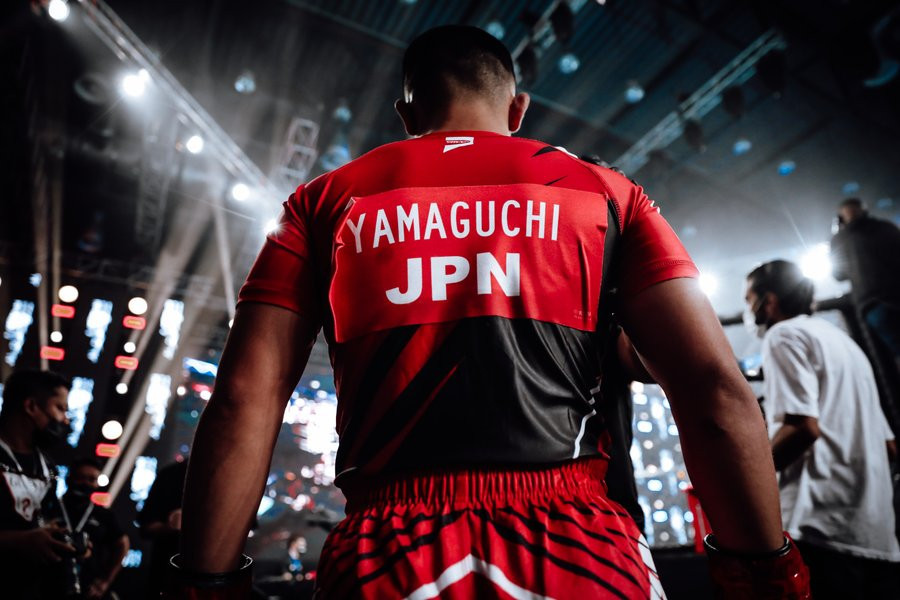 Reo Yamaguchi was victorious as he began his bid for an elusive gold medal at the International Mixed Martial Arts Federation (IMMAF) World Championships here today.

The Japanese fighter is the only athlete representing his country at this event and came through via unanimous decision against Lebanon's Elias Dagher in his first round men's featherweight match.

Yamaguchi, who has travelled to the United Arab Emirates with his parents, has previously won two silver medals in the junior bantamweight divisions at the IMMAF World Championships.

On both occasions the 22-year-old lost to England's Muhammad Mokaev, who has now turned professional with the Ultimate Fighting Championship.

Yamaguchi has moved up to the senior ranks and changed weight division here, and faces a tough opponent in the last 16 in the form of Spain's World Cup winner Juan Izquierdo.

The first day of action saw dozens of preliminary matches take place across four different cages, with most of the big stars not taking part due to receiving byes.

Another featherweight match saw hosts United Arab Emirates make their debut at the World Championships, but Saeed Alhosani was impressively beaten via TKO by Northern Ireland's Damien McKenna who sent his opponent to the canvas with a flurry of punches.

There was controversy in the men's heavyweight division as Cameroon's Jashell Ticha Awa was disqualified for illegally kicking grounded Spanish opponent Javier Guzman Lopez in the head.

Lopez was knocked out cold and was carried out of the arena on a stretcher, and will surely not be able to take his place in the next round.

Elsewhere in the heavyweight class, Kosovo's Arlind Berisha was extremely impressive as he stopped Indian Mohit Aggarwal within 30 seconds.

He took him to the ground immediately before reining down punches to the back of his head, prompting the ref to step in.

Berisha is due to face an intriguing clash with Bahrain's Rasul Magomedov, the World Cup and European Open winner, in the next round.

Nell Ariano was also strong at heavyweight, with the Frenchman unloading punches on Pakistan's Hafeez Ullah Hamza and causing the stoppage after getting on top of his opponent.

Murad Guseinov was one of the most clinical victors of the day, as Bahrain's 2019 world junior champion took out Sweden's Linus Lindeberg in rapid quick time in the welterweight division.

Guseinov locked onto the Swede's neck and he was quick to tap out.

Slovakia's Michal Garaj was another to impress at welterweight as he caught Sergei Strinza of Estonia with a cracking punch to knock him down for a TKO win.

Ethan Guerin of Ireland made it through in the division as well, beating Ellie Mansour of Lebanon with a leg lock submission.

Bogdan Pshebelskiy of Kazakhstan was another to reach the next round of the welterweights, stopping Syed Abdul Nazzeur Ibrahim of India via TKO in the first round.

He took down his opponent and then threw down a volley of punches, causing the ref to intervene.

There were some impressive performances at bantamweight, including from Russian MMA Union (RMMAU) fighter Shakhban Gapizov who demonstrated a ferocious ground and pound en-route to stopping England's Daniel Bainbridge.

Russia are competing as the RMMAU here due to the World Anti-Doping Agency sanctions against the country.

An incredible first day of the 2021 IMMAF World Championships, hosted by @UAEMMAF in partnership with @AbuDhabiSC and @Palms_Sports, is in the books.

All of the results from Day 1 are available on @MyNextMatch. pic.twitter.com/LJgphkZOcT

Tajikistan's Amirhamza Islamov made Moldova's Ion Carajia tap out with an armbar in round one and French Polynesia's Keoni Terorotua choked out India's Ganes Raj Srinivasan in the last moments of round three.

Vakhid Timerbiyev of Kazakhstan looked good in the light heavyweight division, defeating Saudi Arabia's Fahad Alqahtani with a kimura submission in round one.

Mexico's Jorge Antonio Lopez did well at flyweight, winning thanks to a triangle submission against Portugal's Rui Morgado.

Competition is due to continue tomorrow with last 16 contests.