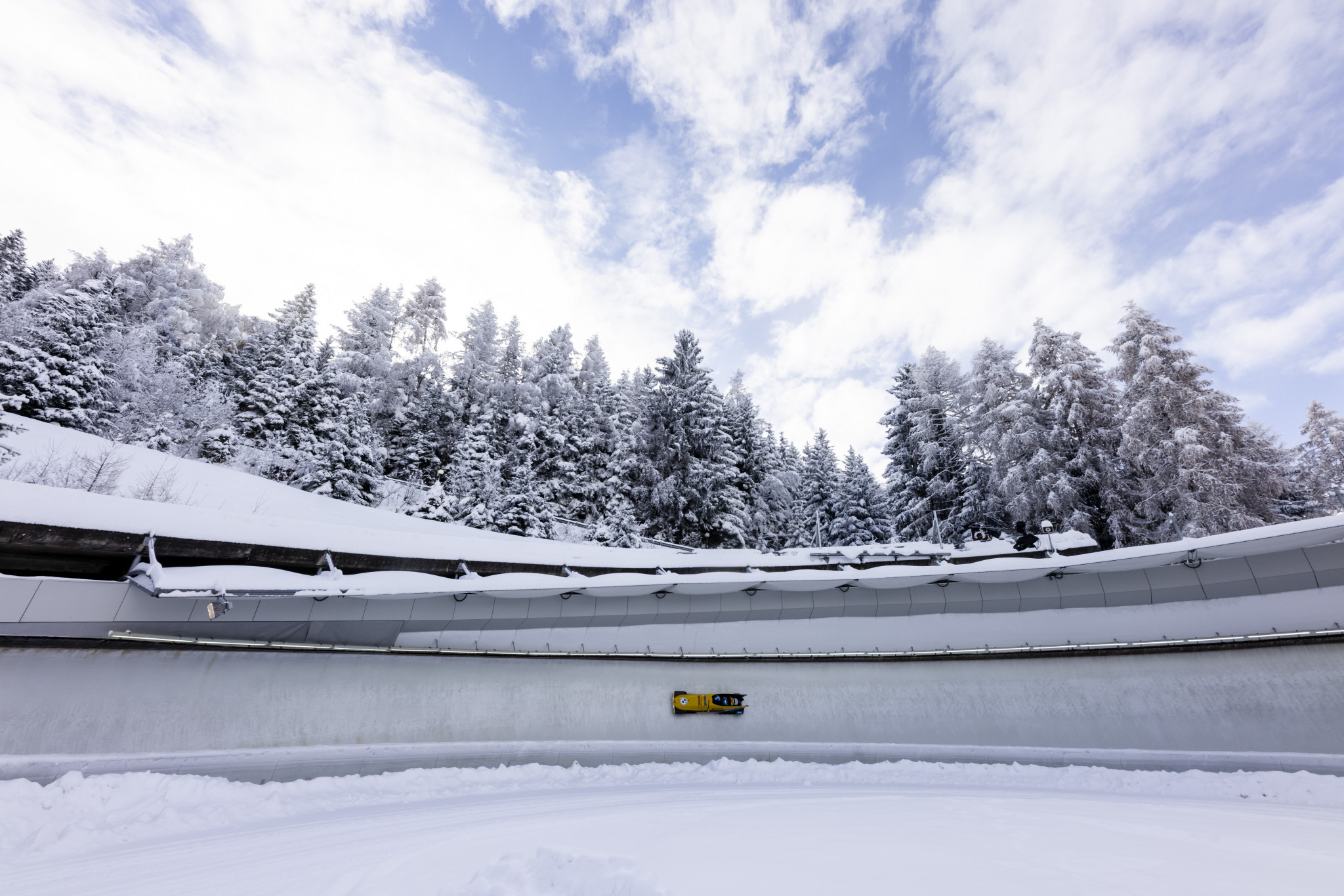 Diana Filipszki and Lauryn Siebert added another gold for medal table-topping Germany at the International Bobsleigh and Skeleton Federation's Junior World Championships in Innsbruck, while Russian athletes won two of the four titles available on the final day of competition.

Russia's Lubov Chernykh and Anastasia Kurysheva were quickest in both of their runs in the two-woman bobsleigh at the Olympic Sliding Centre, clocking 53.63sec and 53.71 for a finishing time of 1min 47.34sec.

Maureen Zimmer, the newly crowned women's monobob junior world champion, finished second with her German partner Anabel Galander as they notched 1:47.65 from their two runs, while their compatriots Charlotte Candrix and Vanessa Mark came third in 1:47.89.

Finishing fourth overall, German pair Filipszki and Siebert clinched gold in the under-23 category with a time of 1:48.50.

That was Germany's sixth triumph of the Championships, more than any other nation.

Under-23 women's monobob world champion Viktória Čerňanská took silver for Slovakia alongside Patrícia Tajcnárová as they posted 1:48.93, while Romania's Georgeta Popescu and Antonia Sarbu were third in the lower age category in 1:49.48.

IBSF Junior and U23 World Championships in #Innsbruck:
· Lubov Chernykh🇷🇺 and Davis Kaufmanis🇱🇻 Junior World Champions in 2-man and 4-man #Bobsleigh
· U23 titles to Diana Filipszki🇩🇪 and Stepan Dubinko🇷🇺https://t.co/QF90oRX64o

The day's other event was the four-man bobsleigh, with Latvia claiming victory over the top German team by 0.02 seconds.

Davis Kaufmanis, Lauris Kaufmanis, Ivo Dans Kleinbergs and Arnis Bebriss were second quickest on their first run with a time of 51.22, but a 51.12 effort on the second run relegated Germany into second place.

Maximilian Illmann, Henrik Proske, Hannes Schenk and Lukas Koller finished with a time of 1:42.36 to Latvia's 1:42.34.

Stepan Dubinko helped Russia to win gold in the under-23 classification as the team's time of 1:42.73 was enough for fourth overall, with the Austrian team led by pilot Markus Kaiser.

Russia finished second on the medal table with today's two golds adding to two on the opening day of competition on Friday (January 21), with Slovakia and Latvia both earning one victory apiece.