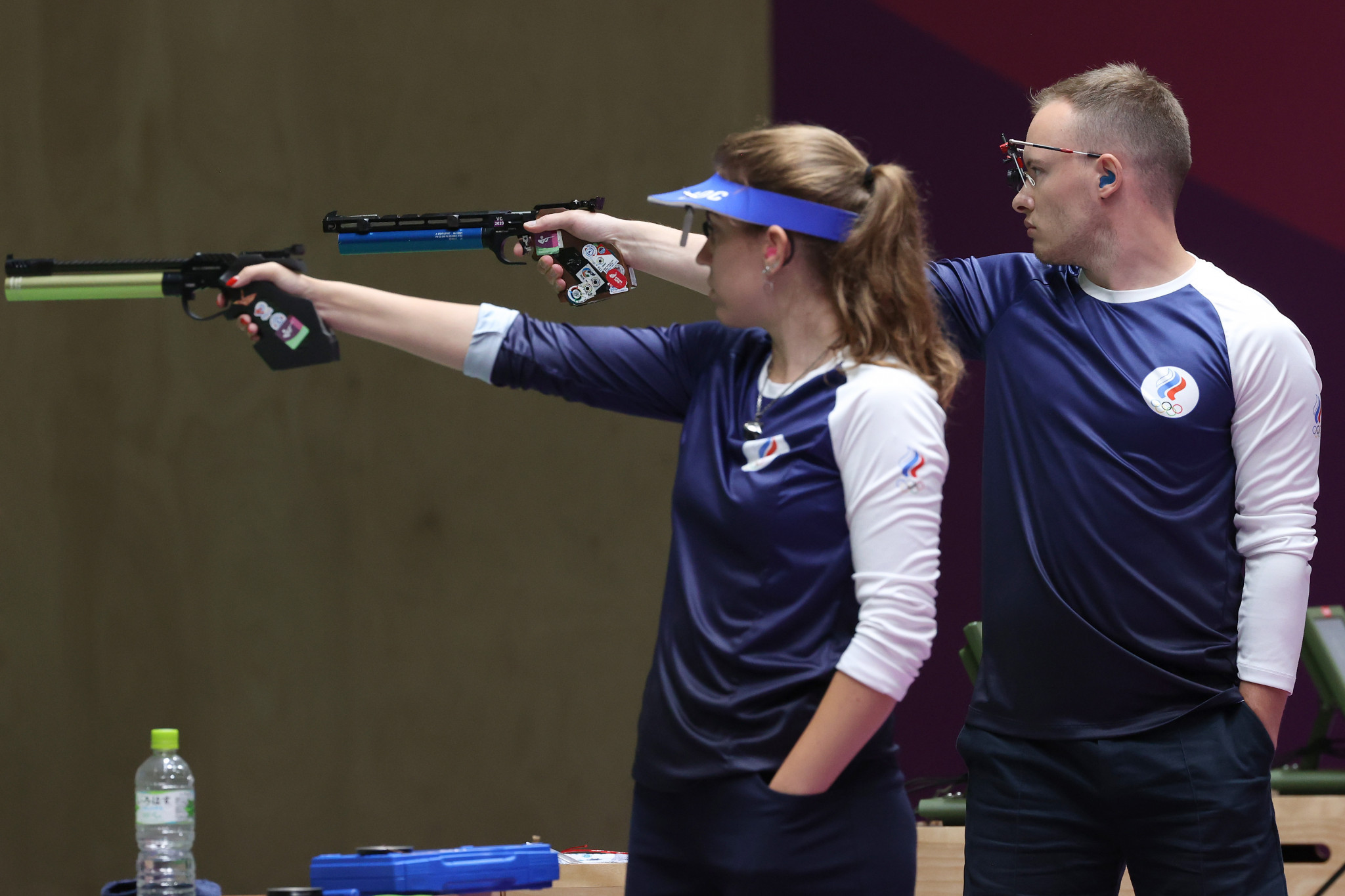 The pair claimed silver in the 10m mixed team event at the Tokyo 2020 Olympics, while Batsarashkina claimed individual air pistol titles in the 10m and 25m, but had to settle for bronze yesterday in the women's air pistol event in the Grand Prix at the Gradski vrt Hall.

The Russians overcame Serbia's Brankica Zarić and Duško Petrov 16-10 in the gold medal match to earn their country's second victory in Osijek.

Both Italian teams - the first comprising of Maria Varricchio and Federico Nilo Maldini and the second of Sara Costantino and Paolo Monna - took bronze after their semi-final displays.

As she did at the Grand Prix in Ruše last week, Serbia's Andrea Arsović won the women's air rifle event after a narrow 17-15 victory over France's Océanne Muller.

Olympic silver medallist Anastasiia Galashina of Russia just missed out on the gold medal match, but did enough to take bronze with her 39 points in the first stage of the final.

The Rio 2016 Olympic runner-up Serhiy Kulish then earned Ukraine's first Grand Prix medal of the year as he overcame Hungary's István Péni 17-13 to take gold in the men's air rifle.

The Grand Prix is set to conclude with the men's and women's team finals in both the air pistol and air rifle.