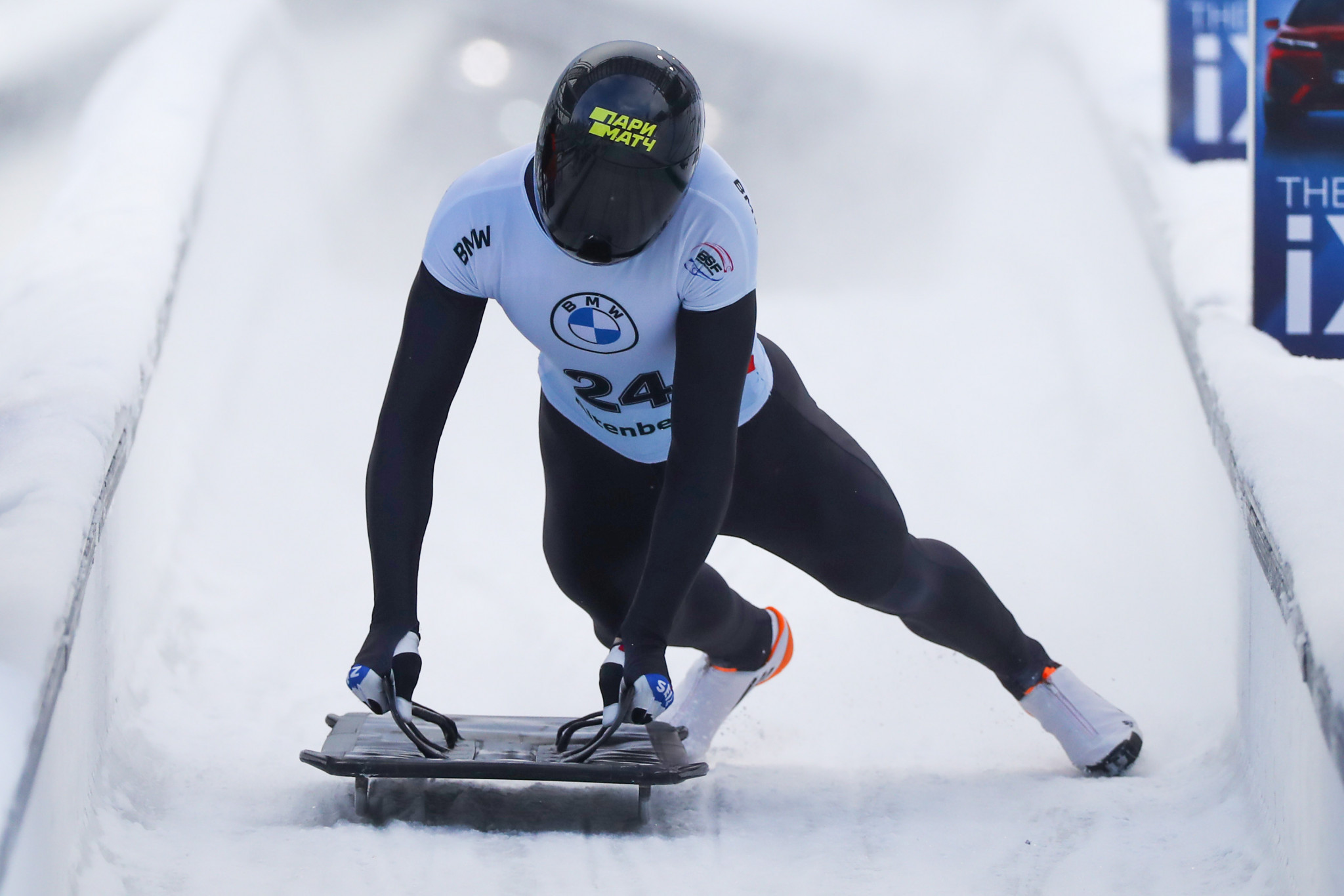 Anastasiia Tsyganova, Evgeniy Rukosuev and Lukas David Nydegger all retained their skeleton titles on the first day of the International Bobsleigh and Skeleton Federation's (IBSF) Junior World Championships in Innsbruck.

The reigning champion in the women's skeleton was Germany's Hannah Neise, but she is set to compete at the Beijing 2022 Winter Olympics next month and did not defend her gold medal at junior level.

Her compatriot Susanne Kreher - a silver medallist in St Moritz last year - came out on top at the Olympic Sliding Centre in Innsbruck as she was the quickest on both runs with her times of 54.51sec and 54.31, finishing with a time of 1min 48.82sec.

That time enabled the Russian athlete to triumph in the under-20 category for the second consecutive year, with her team mate Polina Tiurina taking silver as her 1:50.01 earned her fifth place overall, with the bronze going to Belgium's Aline Pelckmans who after two runs totalled 1:50.41.

Both men's skeleton gold medals were won by a former and current Youth Olympic champion.

Rukosuev finished with a time of 1:44.71, which was 0.64 seconds clear of Germany's Nydegger, the Lausanne 2020 men's skeleton winner.

Nydegger's time helped him to earn another under-20 gold medal at the World Championships, with Russians Dmitrii Grevtsev and Bogdan Popov collecting silver and bronze in the lower age bracket with their times of 1:46.05 and 1:46.16 respectively.

The IBSF Junior World Championships are set to continue tomorrow with the two-man bobsleigh and women's monobob events.