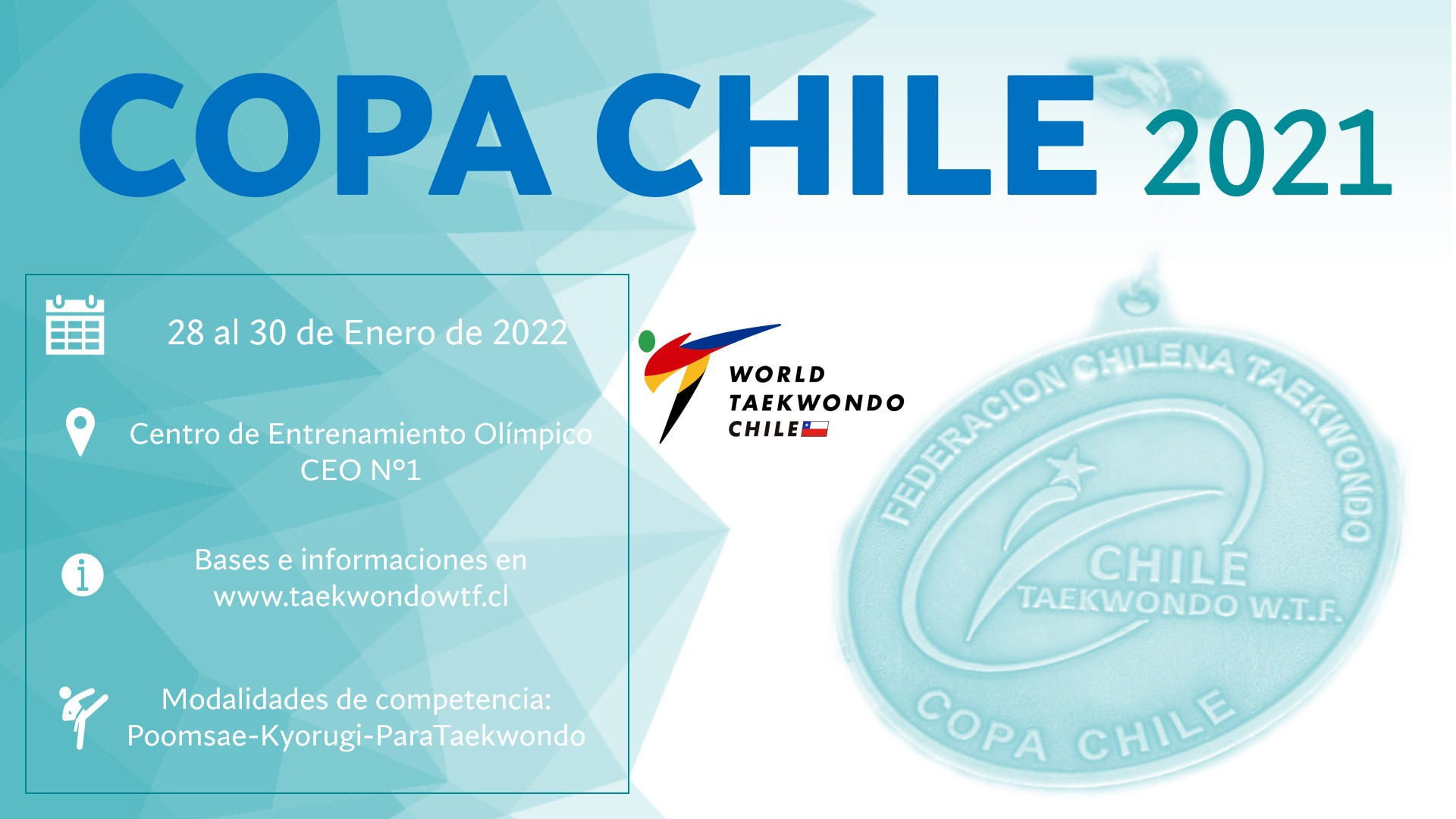 The Copa Chile taekwondo tournament will take place at the end of this month in the country's capital Santiago.

Three days of competition are scheduled for January 28, 29 and 30, it has been confirmed.

Action will take place in senior, cadet and youth categories, with poomsae taekwondo also set to be contested.

The event is being organised by the Chilean Taekwondo Federation.

Online training is due to take place for coaches due to send athletes to the event.

Chile was due to send one athlete to the Tokyo 2020 Olympic Games last year.

However, Fernanda Aguirre was forced to withdraw from the women's under-57 kilograms division after contracting coronavirus.

She returned two positive tests at the airport after travelling from Uzbekistan to the Japanese capital.

Aguirre won a bronze medal at the 2019 Pan American Games in Lima.

The 2023 Pan American Games will take place in Santiago.