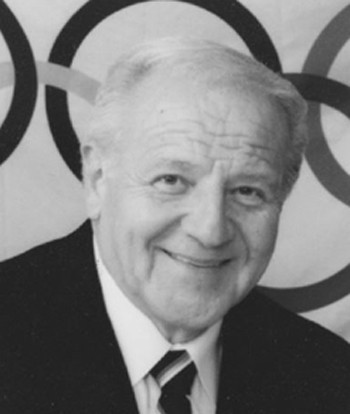 The United States' Olympic discus silver medallist and former world record holder Rink Babka has died at the age of 85, it has been announced.

He died last Saturday (January 15) due to congestive heart failure, according to the University of Southern California (USC).

Babka had finished second at the 1960 Olympic Games in Rome behind team-mate, the legendary Al Oerter, the winner of four consecutive gold medals in the event.

Babka had defeated Oerter at the US Olympic Trials and tied the world record of 59.91 metres a month before the Games in the Italian capital.

At the Games, Oerter broke his own Olympic record in the second set of qualifying-round throws with 58.43m only for Babka to exceed the old mark three times and American team-mate Dick Cochran did so once in the final.

But Oerter increased his record to 59.18m to earn the gold medal.

Cochran won the bronze medal to complete an American clean sweep in the event for the third time in Olympic history.

Born Richard Aldrich Babka on September 23 in 1936, in Cheyenne in Wyoming, the talented sportsman also starred in American football, basketball and baseball in addition to athletics at Palo Alto High School before graduating in 1954.

He subsequently attended nearby Menlo College and then USC.

Knee injuries eventually obliged Babka to withdraw from USC's football and basketball teams and concentrate on the discus.

Babka continued to compete until 1969, winning another silver medal at the 1967 Pan American Games in Winnipeg in Canada behind team-mate, Gary Carlsen.

Babka later owned a beverage distributorship in Stockton in California, where he raised quarter horses and cattle.

He was also an artist and had some of his work on display with the Art of the Olympians, which was founded by Oerter.

Babka is survived by his partner of nine years, Sharon, three sons Kord, Dirk and Beau, and a daughter Tanja.

He also has eight grandchildren.