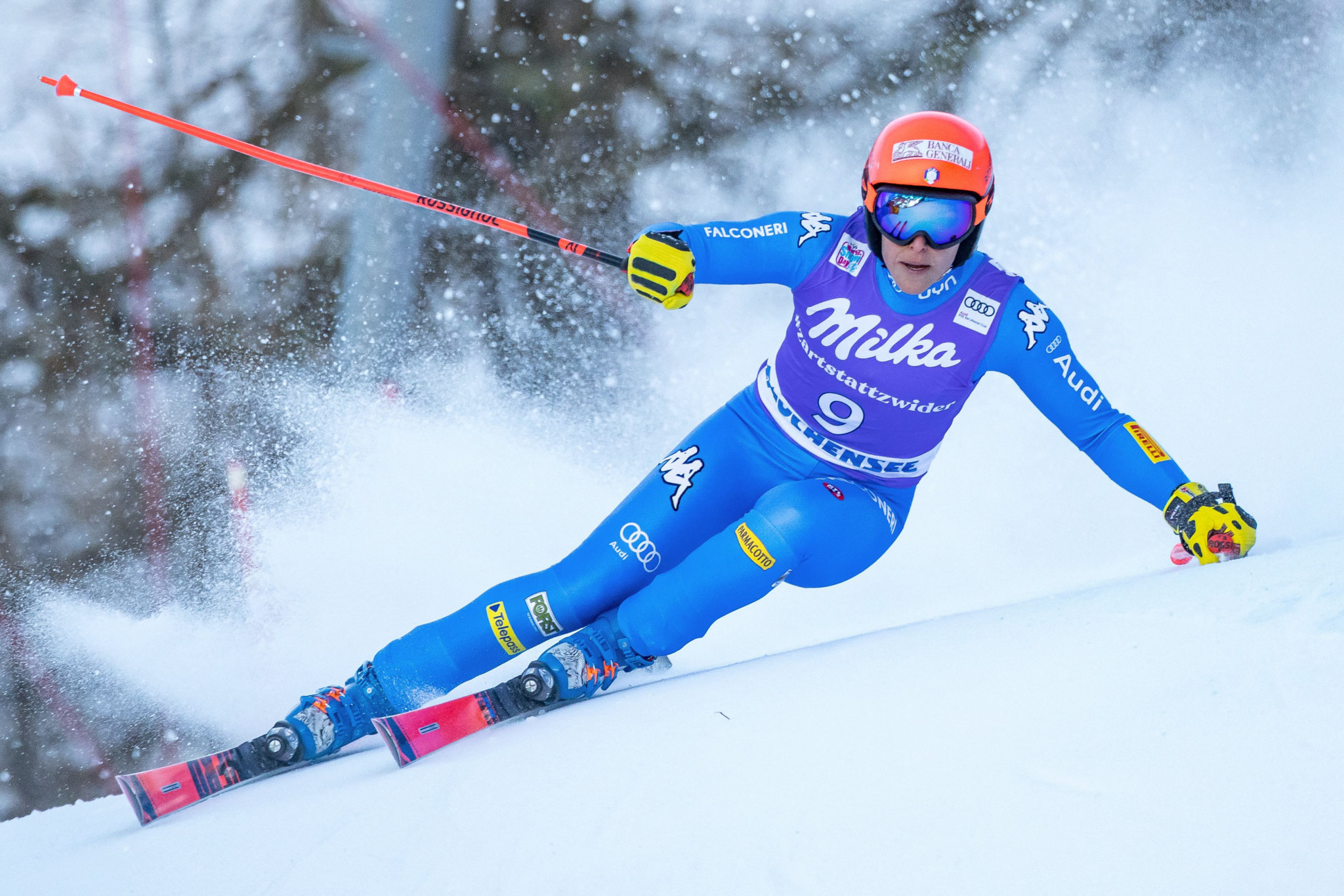 The Italian completed the course in 1min 10.84sec, claiming the time was a result of "attacking from top to bottom".

It paid dividends as Corinne Suter, who went just one skier after Brignone, completed the course only 0.04sec slower.

Brignone and Suter both leapfrogged Ariane Rädler, but the the 26-year-old held on to third place to claim a maiden World Cup podium in 1:11.01.

Rädler's third place ensured there was home representation on the podium at the Austrian venue.

Goggia retains the lead in the overall super-G standings, but is just five points ahead of Brignone.

Slovakia's Petra Vlhová was 18th and has cut the gap to overall World Cup leader Mikaela Shiffrin of the United States to 37 points.

Speed events are on the schedule again next weekend, with downhill and super-G races due up in Cortina d'Ampezzo.