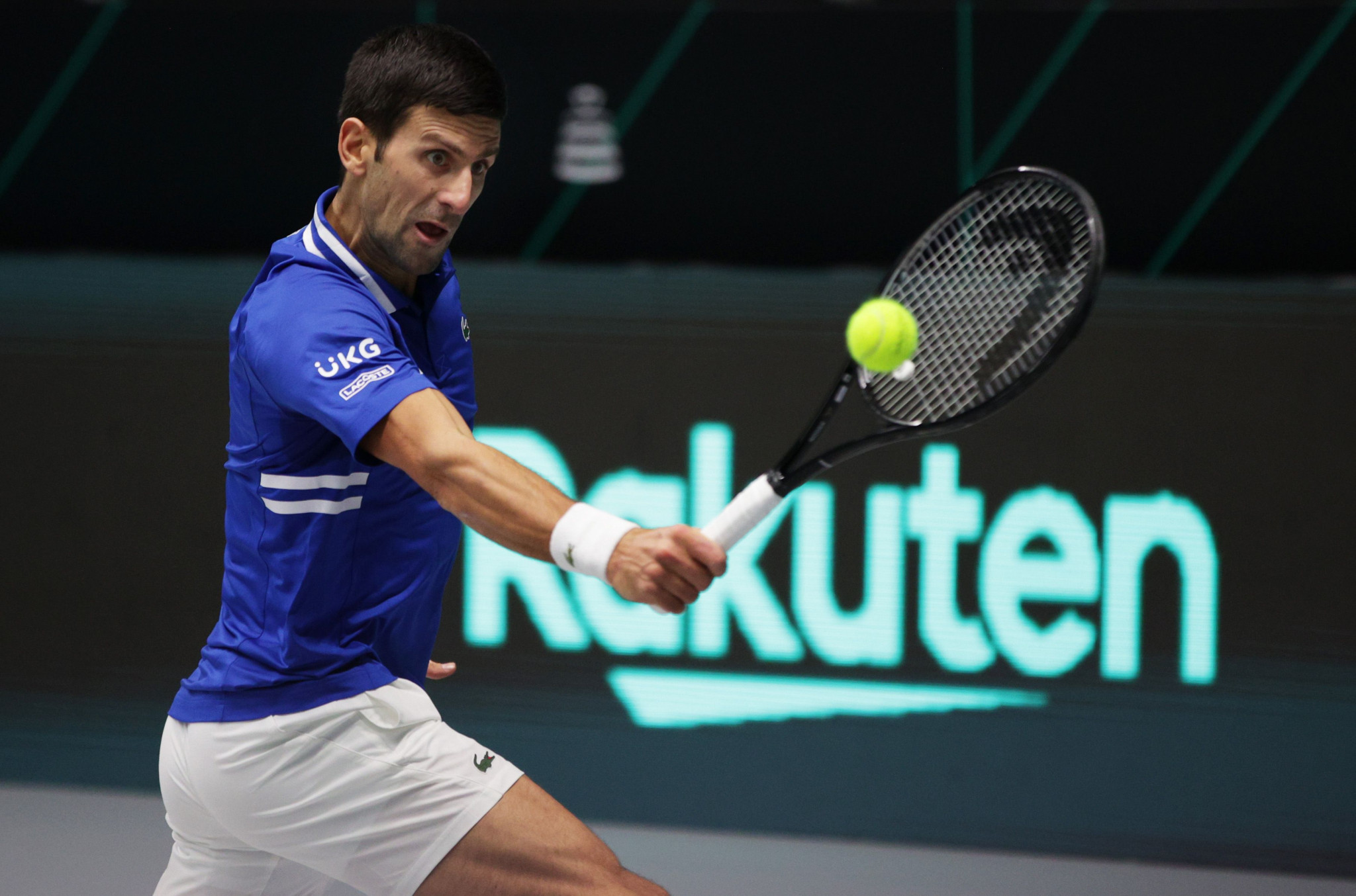 An application from Australia's Federal Government for a two-day delay to tomorrow's hearing concerning Novak Djokovic's bid to reverse the cancellation of his visa has been rejected.

Serbia's men's singles tennis world number one is hoping to compete for a tenth Australian Open title and is at the centre of a row regarding COVID-19 vaccination requirements to enter the country.

His lawyers filed documents at the Federal Circuit and Family Court of Australia yesterday claiming he had a valid medical exemption after contracting the virus on COVID-19.

His case is set to be heard tomorrow, but the Ministry of Home Affairs has applied for an extension until Wednesday (January 10).

This has been rejected by the Court.

The extension would have taken the case past Tennis Australia's reported deadline of Tuesday for when it needs to know if Djokovic will be permitted to compete at the Australian Open.

A spokesperson for the Ministry told insidethegames: "As the matter is before the courts, the Australian Border Force has no comment."

Judge Anthony Kelly earlier insisted "the tail won't be wagging the dog here" concerning the scheduling and a decision.

Both sides have been granted up two hours for oral submissions at tomorrow's hearing, with Djokovic's lawyers to present their case from 10am local time and the Ministry from 3pm.

Djokovic had his visa revoked after arriving in Australia on Wednesday for failing to "provide appropriate evidence to meet the entry requirements to Australia" and is being held at an immigration hotel in Melbourne.

This has prompted disagreements between Serbia and Australia, with the Serbian Ministry of Foreign Affairs claiming the tennis star "is a victim of the political game against his will and that he was lured to travel to Australia in order to be humiliated".

Supporters of Djokovic have been joined by anti-vaccine demonstrators and refugee advocates in gathering outside the Park Hotel, where conditions have long been subject to criticism.

Czech Republic's Renata Voráčová departed Australia yesterday, having also been detained at the same location as Djokovic since Friday.

Voráčová had entered Australia last month after being granted a COVID-19 vaccination exemption by Tennis Australia having recently recovered from the virus and had already featured in a warm-up tournament.

However, she was detained on Friday after the Djokovic controversy prompted a re-examination of other players' or officials' visas, with Home Affairs Minister Karen Andrews confirming two individuals were the subject of an Australian Border Force investigation.

The doubles player opted not to challenge the cancellation of her visa.

According to the Australian Broadcasting Corporation, she has left for Dubai, while another individual, believed to be a European tennis official, has also "voluntarily" flown out of Australia.

Australia has implemented some of the world's toughest COVID-19 countermeasures, with Australian Open host city Melbourne spending a total of more than 250 days in lockdown since March 2020.

It eased its strict rules on international travel last month, although arrivals are required to be fully vaccinated unless they prove a valid exemption.

Organisers of the Australian Open confirmed in November that all participants would need to be fully vaccinated, but Djokovic revealed earlier this week he had received "exemption permission" to compete.

Tennis Australia reportedly told unvaccinated players that recovery from COVID-19 may be sufficient to obtain a temporary exemption to enter the country, despite the Australian Health Ministry Greg Hunt informing it this may not be sufficient in November.

The Court application filed by Djokovic's lawyers claims he received a document from Australia's Department of Home Affairs on January 1 stating that his Australia Travel Declaration "met the requirements for a quarantine-free arrival" and alleges that he was "pressured" to agree to the cancellation of his visa despite requests for further time to speak to his lawyers.

Lawyers cited a positive polymerase chain reaction (PCR) test on December 16 as a valid exemption from the vaccine mandate.

Social media photos from December 17 show Djokovic attending an award ceremony, although it is not clear whether he knew he had COVID-19 at the time.

In the Government's submission to the Court filed today, the counsel denied that the document received by Djokovic was an assurance that his exemption would be accepted and did not disallow his responses from being investigated further.

It added that the claim that Djokovic contracted the virus did not amount to proof that "the applicant had 'acute major medical illness' in December 2021".

Moreover, the submission claimed that were the Court to order Djokovic's immediate release, it "does not prevent re-detention if there is power to detain".

Tennis Australia documents showed the deadline for providing a valid exemption was December 10.

The governing body's chief executive Craig Tiley spoke to Channel 9, and said the confusion was down to "contradictory information".

"We are not going to lay the blame at anyone," he said.

"All I can say is that, primarily because there is [so] much contradictory information the whole time, every single week we were talking to Home Affairs, we were talking to all parts of Government to ensure that one, we were doing the right thing, and the right process with these exemptions.

"The conflicting information, and the contradictory information we received, was because of the changing environment.

"We are in a challenging environment."

Djokovic has repeatedly refused to reveal his vaccination status, although he has spoken out against making inoculations mandatory for players on tour.

With nine, he has won the Australian more than any other men's singles player and needs one more Grand Slam victory to reach a men's singles record of 21.

The opening Grand Slam of this year is scheduled for January 17 to 30.