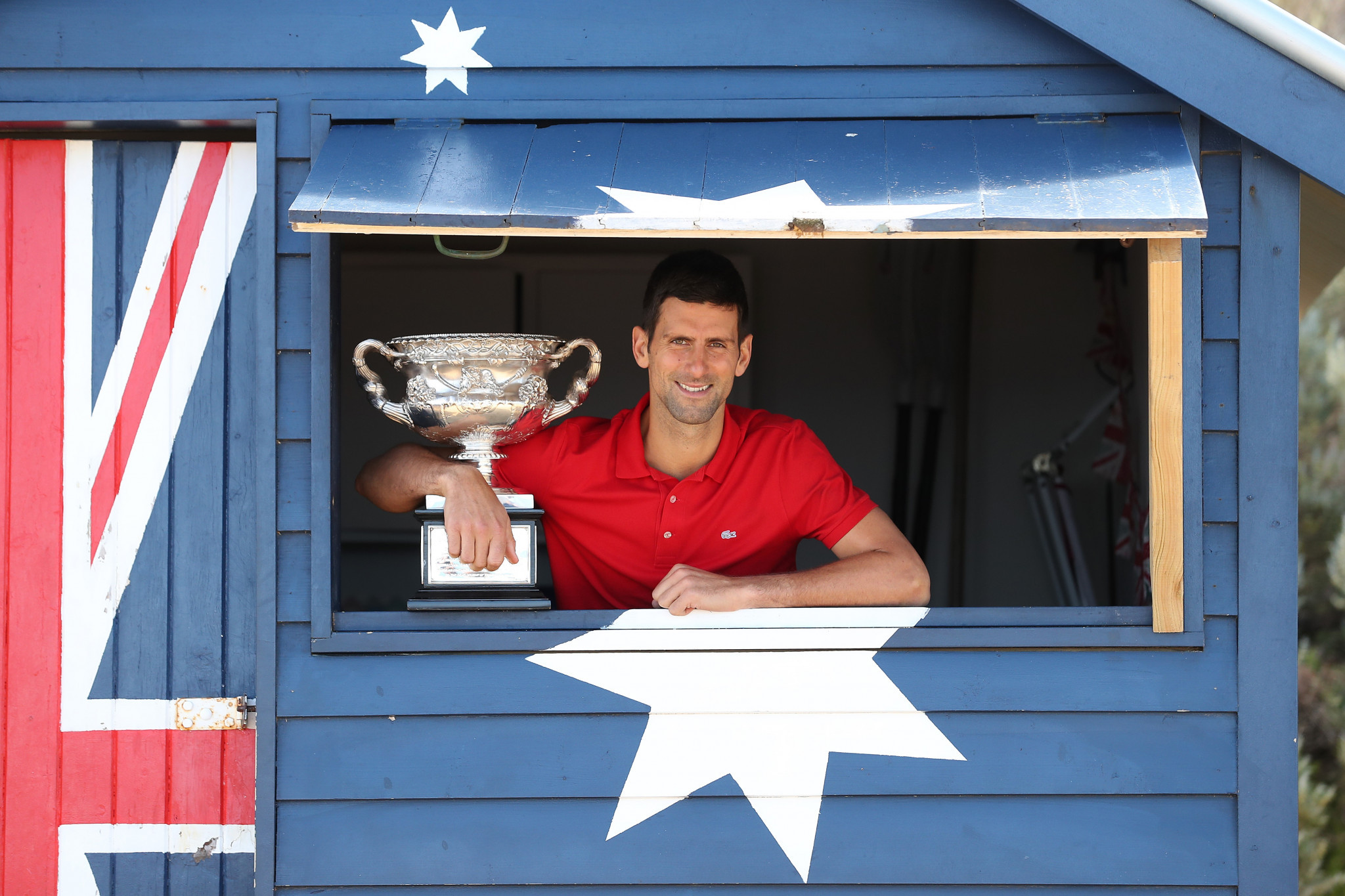 Court documents from Novak Djokovic's lawyers state he tested positive for COVID-19 on December 16 as tennis' men's singles world number one battles to overturn his refused entry in order to compete at the Australian Open.

Documentation filed at the Federal Circuit and Family Court of Australia on Djokovic's behalf confirms he was granted an exemption from the vaccine mandate by Tennis Australia on December 30 on the grounds that he had recently recovered from a COVID-19 infection.

They added that his case for a medical exemption was assessed by two independent panels of experts assembled by Tennis Australia and the Victoria Government, and his exemption was "consistent with the recommendations of the Australian Technical Advisory Group on Immunisation".

It had been reported that a prior infection was the reason for Djokovic's exemption, but there had been no prior public announcement that he contracted COVID-19.

However, journalist Ben Rothenberg highlighted Tennis Australia documents showing the deadline for applying for a medical exemption from the tournament's vaccine mandate was December 10, and there are social media posts from December 17 of Djokovic attending an award ceremony for children.

The court application also claimed Djokovic received a document from Australia's Department of Home Affairs on January 1 that said his Australia Travel Declaration "met the requirements for a quarantine-free arrival".

Djokovic had his visa revoked upon arrival in Australia for failing to "provide appropriate evidence to meet the entry requirements to Australia", and is being detained at an immigration hotel in Melbourne where some of his supporters have gathered.

The documents allege that Djokovic was "pressured" to agree to the cancellation of his visa despite requesting further time to speak to his lawyers.

The conditions at the Park Hotel have long been subject to criticism from refugees and asylum seekers.

The court documentation states Djokovic has asked "to be moved to a more suitable place of detention" to train for the Australian Open.

Czech Republic's Renata Voráčová is being held at the same hotel, having been detained yesterday.

She arrived in Australia last month with an exemption from Tennis Australia to compete at the Grand Slam having recently recovered from COVID-19, and had already featured in a warm-up tournament in Melbourne.

It was reported by Reuters yesterday that at least three other participants at the Australian Open would have their entries re-examined, while Australian Home Affairs Minister Karen Andrews confirmed that two individuals were being investigated.

"You have to report, everything is allotted.

She added that she does not oppose vaccinations, but claimed that after contracting COVID-19 she did not have time to get her jabs before travelling to Australia.

Voráčová has decided not to appeal, but Djokovic has taken his case to court as he seeks to quash the decision and compete for a record 21st men's singles Grand Slam with the event in Melbourne set to begin on January 17.

A decision on his appeal is expected on Monday (January 10).

A positive test on December 16 would have come too late for the Tennis Australia exemption process deadline as described to players.

According to Tennis Australia documents, the deadline for applying for an exemption had been nearly a week earlier, “no later than” December 10. pic.twitter.com/VOMxGggn02

Djokovic has continually refused to say whether or not he is vaccinated, but has spoken out against making inoculations mandatory for players on tour.

The row has deepened following revelations reported by 7News that Tennis Australia told unvaccinated players that recovery from COVID-19 may be sufficient to obtain a temporary exemption, despite Australian Health Minister Greg Hunt giving information to the contrary to chief executive Craig Tiley in November.

7News also reported that Tennis Australia had defended its guidance, insisting: "We reject completely that the playing group was knowingly misled.

"Informing players they could get into the country on a medical exemption was taken from the Smart Traveller website that Greg Hunt directly referred us to."

"We empathise - we’re a player-first event - we empathise with the situation we currently have and are working closely with Novak and his team and others in their team that are in this situation," he said.

"I want to assure you that we are in a position where we’d like to share with you all the information, and we will.

"We’ve chosen at this point not to be very public with it, and simply because there is a pending lawsuit related to entry into Australia for a few.

"Once that is seen as run its course then we’ll be able to share more with you as well.

"There’s a lot of finger-pointing going on and a lot of blaming going on but I can assure you our team has done an unbelievable job and have done everything they possibly could according to all the instructions that they have been provided."

Djokovic has won the Australian Open men's singles title a record nine times, with this year's tournament scheduled for January 17 to 30.