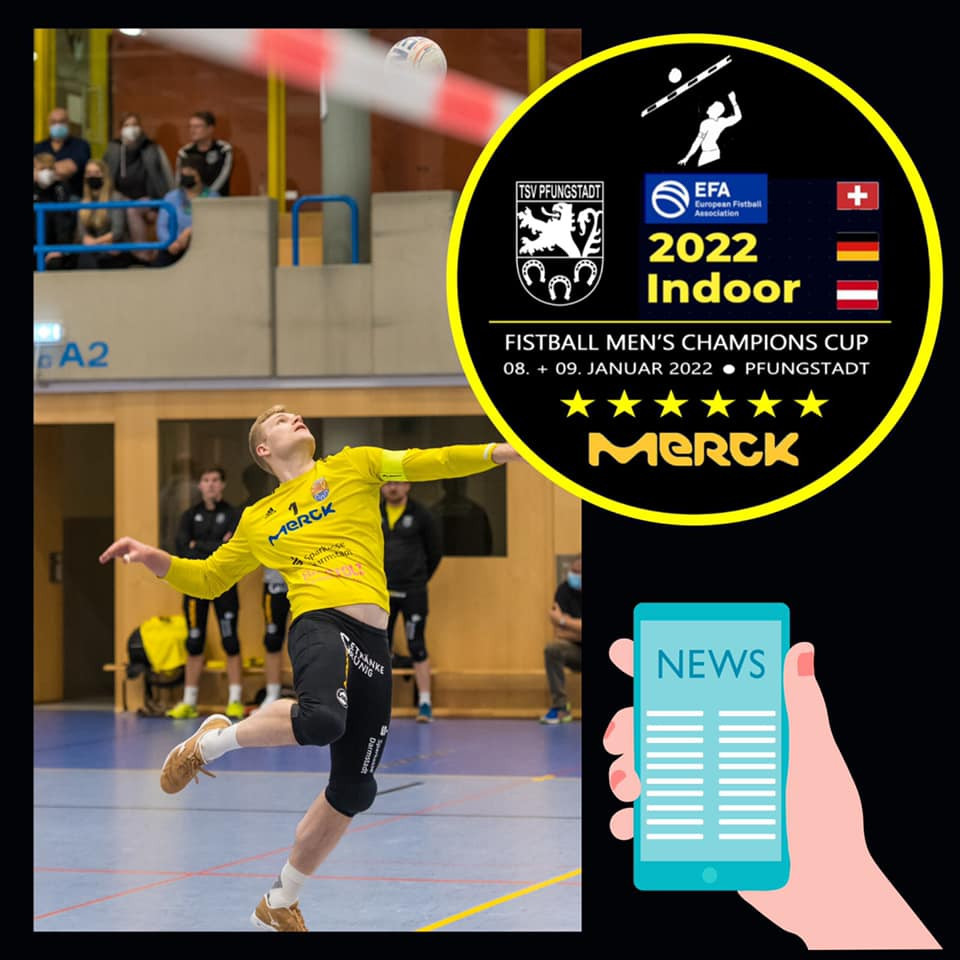 The Men's and Women's Fistball European Indoor Champions Cups are down to the final four, with competition set to conclude in Germany.

Calw in the state of Baden-Württemberg is holding the women's competition, with the hosts TSV Calw taking on SVD Diepoldsau-Schmitter in the second semi-final tomorrow.

In Pfungstadt, the men's semi-finals are taking place in the German state of Hesse, hosted by defending champions TSV Pfungstadt, who expressed their delight for holding the tournament.

"We are very happy to be able to host the highest Indoor Championship at club level again," said a spokesperson from the team.

"We hope for fair and high-quality games.

"Our goal as defending champions is to keep the trophy in Pfungstadt."

They are to play FG Elgg/Ettenhausen in the semi-finals on Saturday, with the winner playing either TV 1880 Käfertal or Union Tigers Vöcklabruck on Sunday (January 9).