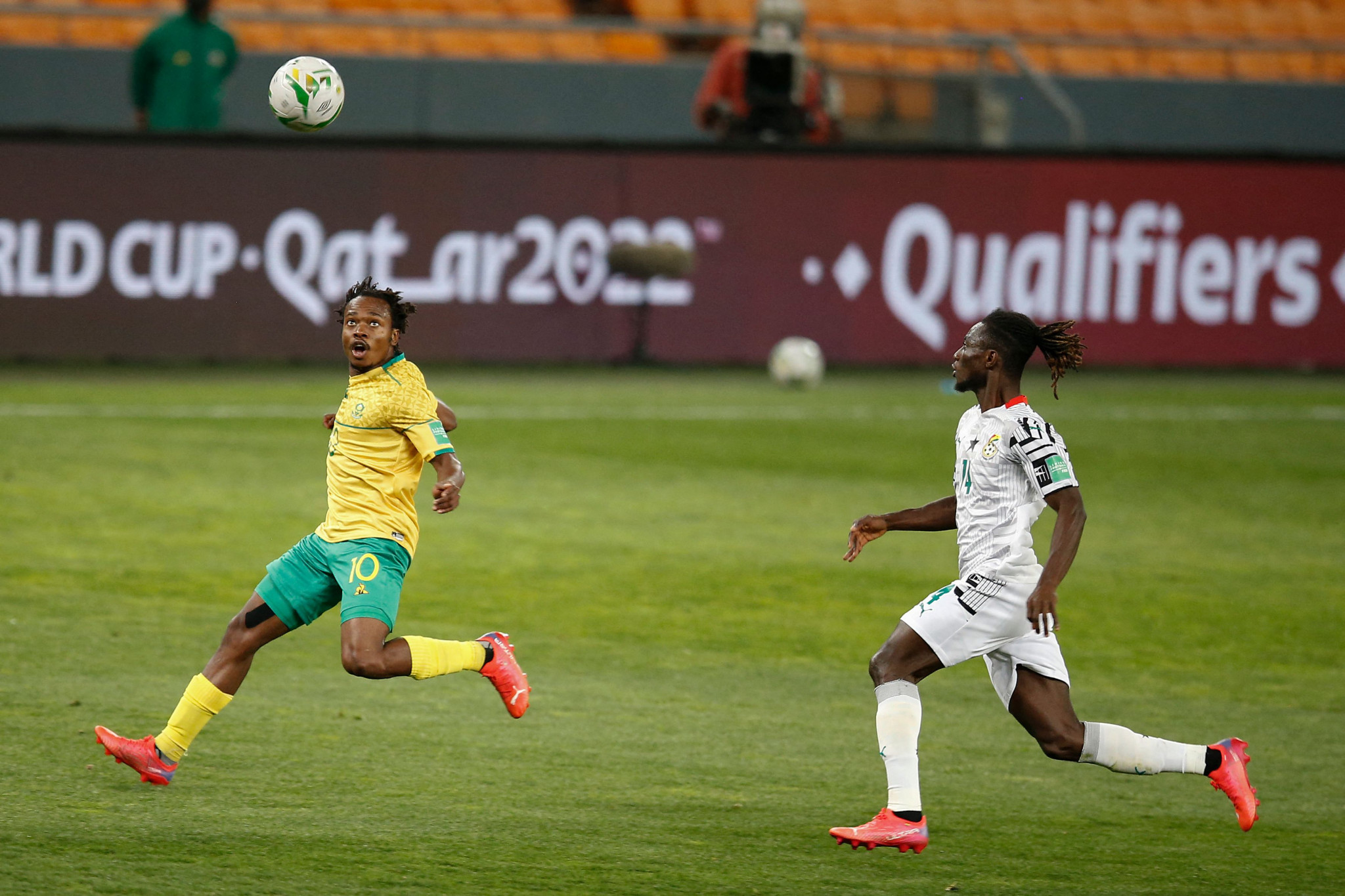 South Africa's appeal to FIFA over the conduct of a referee in their decisive defeat to Ghana in November - which knocked them out of the Qatar 2022 FIFA World Cup - has been rejected on the grounds of not following adequate protest procedures.

The South African Football Association (SAFA) made a complaint to the FIFA Disciplinary Committee about Senegalese referee Marguette Ndiaye, who awarded a controversial penalty to Ghana after Leicester City midfielder Daniel Amartey went down following minimal contact from South African defender Rushine de Reuck, who was booked for his challenge.

Andre Ayew scored the penalty, handing Ghana a 1-0 win and, pivotally, the top spot in the group.

Ghana had to win their last match in the group against South Africa to qualify for the third and final round of African qualification for the World Cup later this year.

South African just needed a draw to qualify as Ghana's win put both teams on 13 points with a goal difference of four, though Ghana's seven goals scored was one more than South Africa.

Ghana make it to the World Cup play-offs thanks to this penalty decision and a 1-0 win over South Africa.

Ghanaian defender Andy Yiadom admitted after the match that it looked like a harsh decision.

"When I was on the pitch, it looked like it was a penalty," said Yiadom.

"But I have watched it back, it looks like it could be a little bit soft."

In its complaint, the SAFA accused the Ghana Football Association of manipulating the result and requested a replay of the match.

This was dismissed by the FIFA Disciplinary Committee, with FIFA confirming that the SAFA had failed to meet three procedural requirements in their protest.

The first was that no written protest was submitted to the match commissioner; the second was that the protest was not lodged in a "timely manner", and FIFA added that a protest fee was not paid by the organisation.

The SAFA said they were considering their option on whether they wanted to pursue their case.

"It was a complaint and not a protest and that's why we took the matter to the Disciplinary Committee and not other FIFA channels," said SAFA chief executive Tebogo Motlanthe.

"They did not even read the merits of our technical report argument.

"You cannot protest over a referee's decision.

"It was a complaint against the conduct of the referee and we believe the referee manipulated the outcome of the game.

"We will look at the situation and let the public know of our final decision."

Only the top team in each of the 10 groups progressed to the third round, a two-legged playoff.

The winner of these five ties will qualify for the World Cup in Qatar.

Joining Ghana in the playoff draw, scheduled to take place on January 26, are the other group winners - Algeria, Tunisia, Nigeria, Cameroon, Mali, Egypt, Senegal, Morocco and the Democratic Republic of Congo.