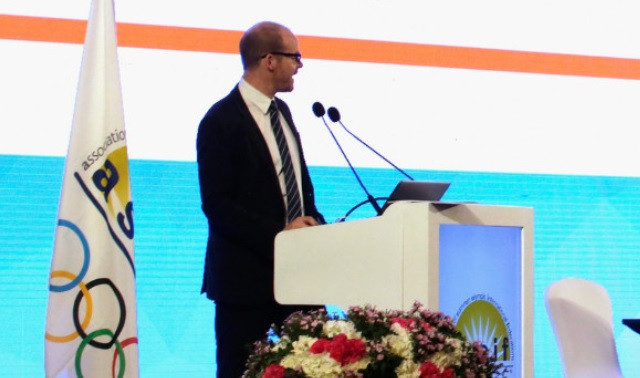 The Association of Summer Olympic International Federations (ASOIF) has appointed James Carr to the newly-created position of deputy executive director.

Carr, who has been head of administration and projects at ASOIF since June 2016, will manage the organisation's Lausanne-based operations in his new role.

He will work alongside ASOIF executive director Andrew Ryan, who will now focus on international and external matters.

"Andrew and James have worked together very successfully over the past few years," said ASOIF President Francesco Ricci Bitti.

"The new role will allow James to take on more responsibilities in our Lausanne office, while we can fully tap into Andrew’s vast experience in the international sports world.

"With this setup, we can best serve our members and ensure smooth ASOIF operations."

Carr, who joined ASOIF having served as the head of international relations at the International Cycling Union, said he was looking forward to "taking on more responsibilities for the ASOIF team and the ASOIF Member Federations".

One of his main tasks has been ASOIF's governance review, which analyses and grades the standards at each of its members.

"James has become an invaluable member of the ASOIF team and has supported me on many fronts," Ryan said.

"The new structure will allow me to focus on certain policy matters while James will look after daily operations which demand a lot of time and attention.

"I feel we have found a very good solution to ensure the highest efficiency for all our activities."