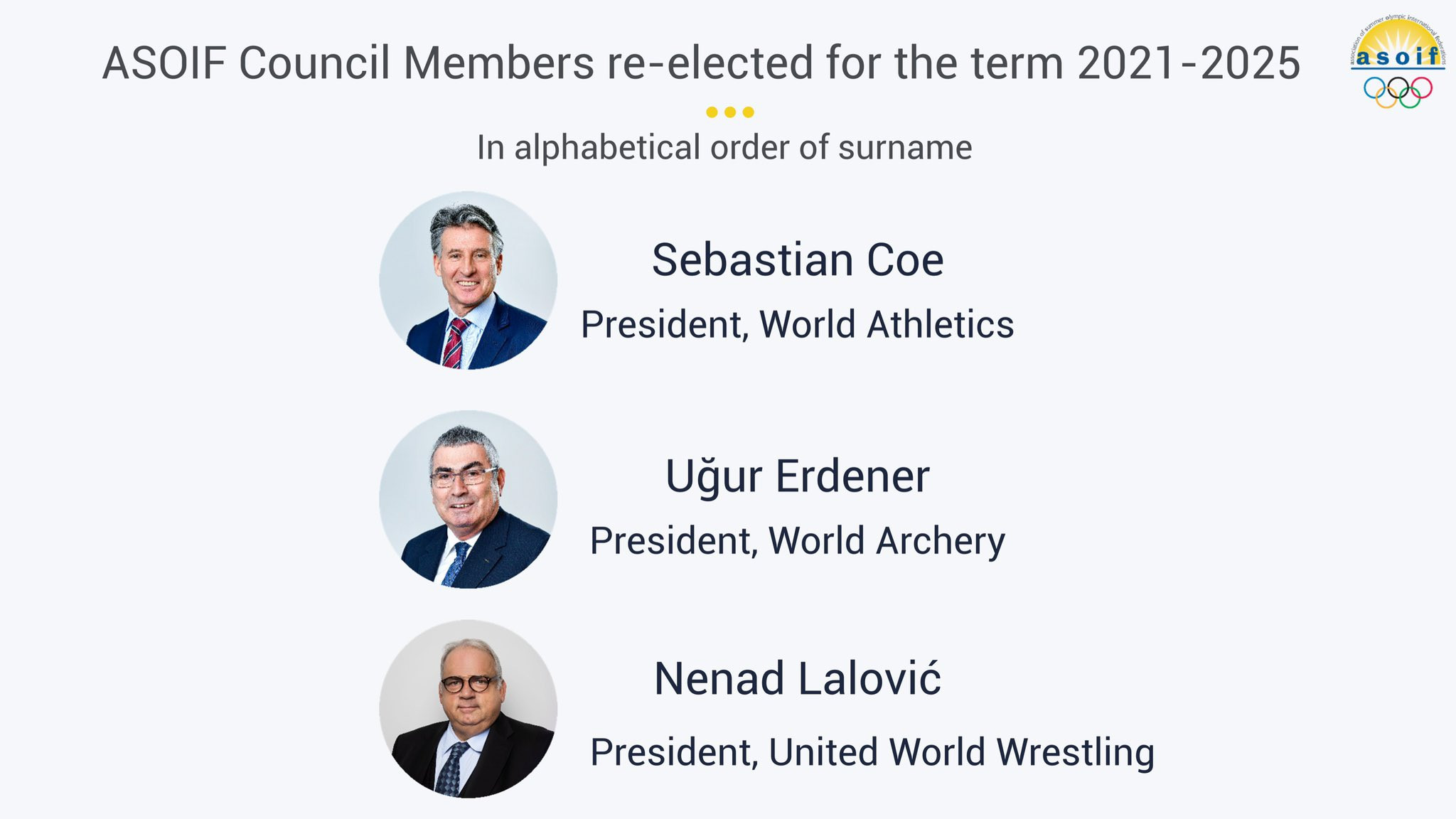 Sebastian Coe, Uğur Erdener and Nenad Lalovic have been re-elected to the Association of Summer Olympic International Federations (ASOIF) Council during the organisation's virtual General Assembly.

Erdener, who will serve his third term on the ASOIF Council having been first elected in back in 2014 and later becoming ASOIF vice-president, was re-elected unaimously.

Coe secured a second four-year stint on the Council, having joined the body in 2017, with 22 votes and one against.

He was joined a year later by Lalovic, who was elected to the Council following the resignation of then International Boxing Association President Ching-Kuo Wu.

Lalovic, the ASOIF representative on the International Olympic Committee (IOC) Executive Board, received 22 votes with one against.

The Council is led by ASOIF President Francesco Ricci Bitti, who was re-elected for a third time last year.

ASOIF also approved the World Dance Sport Federation (WDSF) as an associate member following the decision to add breaking to the Olympic programme for Paris 2024.

"The WDSF is proud to be an associate member of ASOIF," said WDSF President Shawn Tay.

"We have one dance sport - breaking - that will be featured at Paris 2024.

"In the near future, we hope we can present more dance sports disciplines at the Olympics to showcase its vibrancy and to engage people of all ages."

The General Assembly passed statute amendments which allow suspended Federations - such as the International Boxing Association, stripped of its Olympic recognition by the IOC in June 2019 because of problems with its governance, finances and refereeing and judging - to remain part of the umbrella body.

Qualification for Tokyo 2020, pushed back to 2021 because of the coronavirus pandemic, was also among the topics discussed during the meeting.

Ricci Bitti claimed Federations had "done the best they could" to ensure a fair system after numerous events were cancelled or delayed due to the COVID-19 crisis.

Several athletes have also been denied the chance to earn a place at the Games as a result of travel restrictions and other measures put in place in response to the global health situation.

"I believe in this condition, we have done our best," Ricci Bitti said.

"It cannot be perfect."