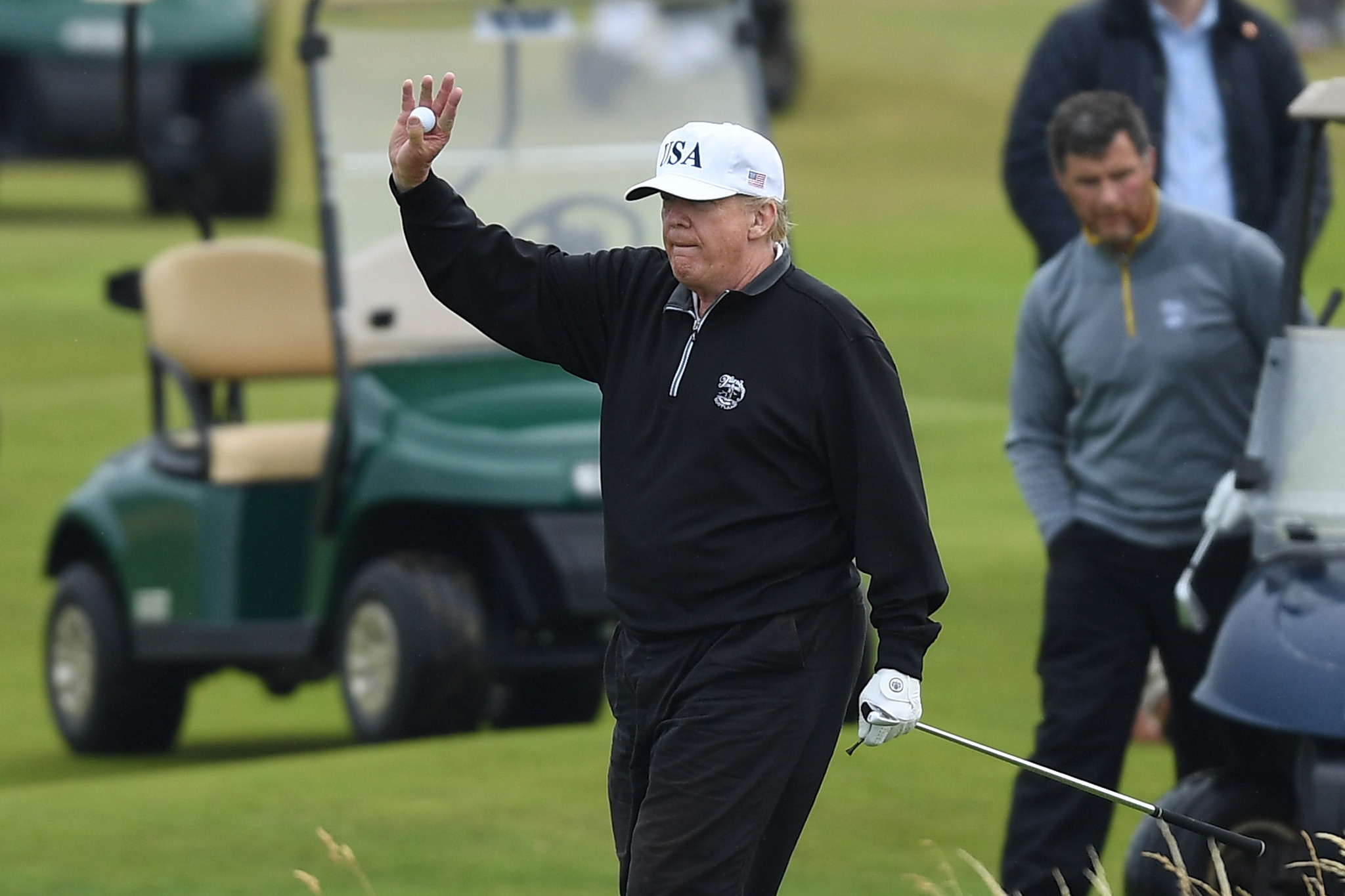 A dispute sparked by the relocation of this year’s PGA Championship from a course owned by former United States President Donald Trump has been resolved out of court.

A joint statement by the Professional Golfers' Association (PGA) of America and the Trump Organization announced that they had reached a settlement to end their disagreement over Trump National Golf Club in Bedminster in New Jersey being stripped of the hosting rights.

The PGA of America voted in January last year to cancel its contract to stage the PGA Championship - one of the four major events in men’s golf - at the Trump National Golf Club in the wake of the US Capitol riot.

Trump was accused of inciting the attack, which occurred during a Joint Session of Congress, held to certify the election of Joe Biden as US President.

Five people died during the riot and hundreds have been charged with criminal offences.

PGA of America President Jim Richerson felt a the time that continuing to host the PGA Championship at the Trump National would be "detrimental" to the organisation's brand.

A Trump representative then hit back, claiming the PGA of America had "no right" to terminate the agreement.

Trump National was awarded the 2022 event by the PGA of America in October 2014.

Southern Hills Country Club in Oklahoma is now set to stage this year's PGA Championship from May 16 to 22.

Although the terms of the settlement between PGA of America and Trump Organization remain confidential, representatives from both organisations expressed satisfaction with the agreement.

"The Trump Organization's contribution to the golf community is appreciated," a statement from the PGA of America read.

"We are thankful the company employs hundreds of dedicated PGA Professionals and consistently gives back to the golf community through hosting charitable events and sponsoring junior golf programs.

"As stated in 2014 when announced, Trump Bedminster is a major championship-worthy golf course and in a portfolio along with some of the finest private and public golf courses anywhere in the world."

Eric Trump, executive vice-president of the Trump Organization and one of the former US President's sons, insisted it had "great respect" for the PGA of America's work.

"Over the past 20 plus years, we have enjoyed working with the PGA to deliver to our club members and the public some of the greatest golf experiences anywhere in the world," said Trump.

"We look forward to continuing to support the mission of the PGA and its professionals, who are the best in the golf industry."