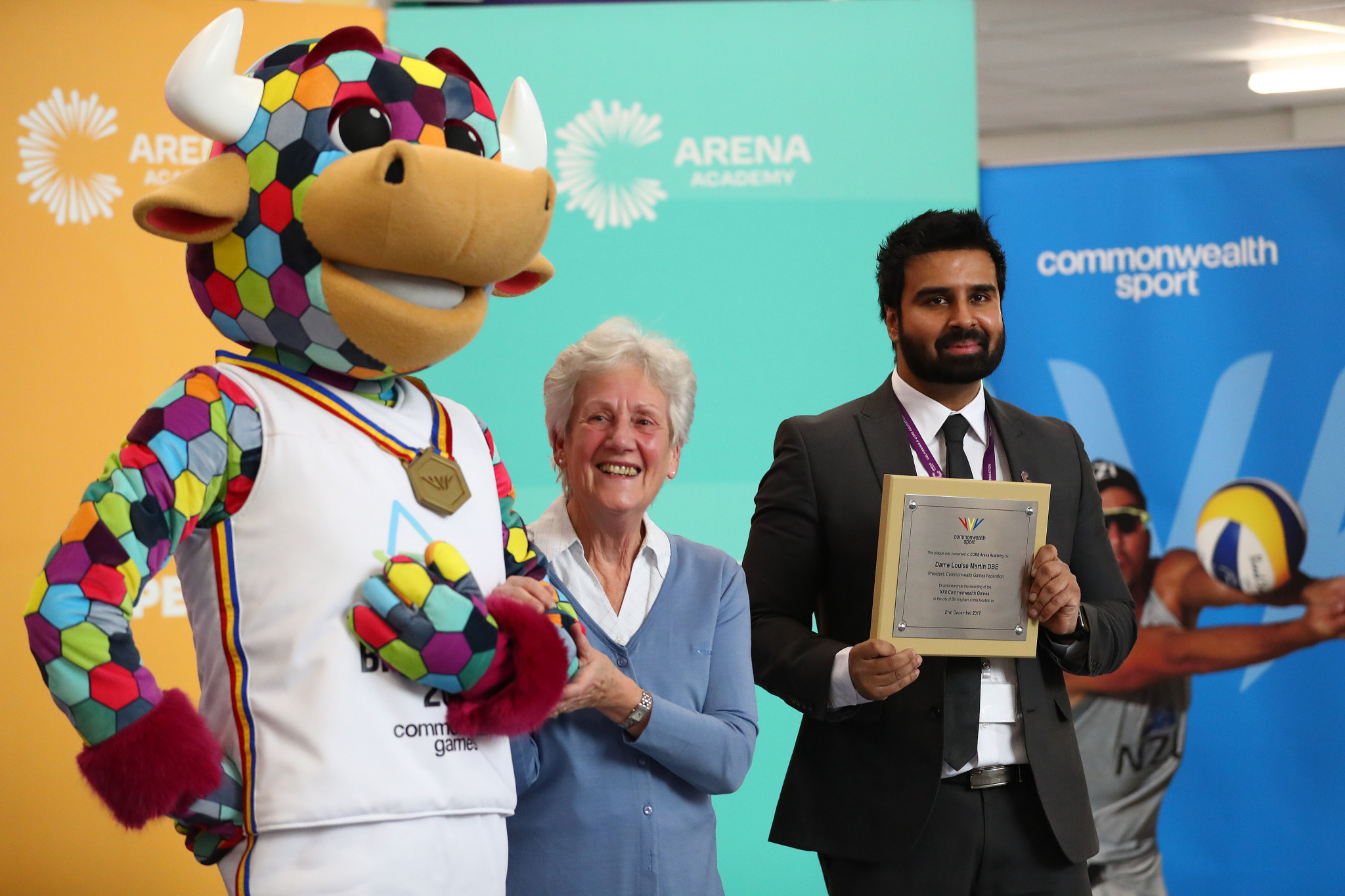 The Arena Academy, in the Perry Beeches area of the city, was the location where CGF President Dame Louise Martin visited on December 21 2017 to formally declare Birmingham would hold the Games.

On her return, Dame Louise gifted a special commemorative plaque to Arena Academy headteacher Raj Mann, which is now to be a permanent fixture at the institution.

"It is amazing to return to Arena Academy and to the exact place where we awarded the 2022 Commonwealth Games to Birmingham four years ago," said Dame Louise.

"Birmingham 2022 is already having a huge impact on the young people of the West Midlands and it is clear to see from the students at Arena Academy that they cannot wait for the Commonwealth's best athletes to compete at the Games next year.

"Arena Academy will forever hold a special place in the story of Birmingham 2022 and the school serves as a symbolic reminder that our top priority is to use the Games to create a positive legacy for the young people of the city, the country and the Commonwealth."

Durban was initially set to host the 2022 Games, with the South African city being the sole bidder from 2015 after Edmonton in Canada pulled out of the contest.

However in March 2017, Durban lost hosting rights due to financial constraints, meaning a new bidding process was launched that year.

Although there was interest from another English city in Liverpool, Birmingham was awarded the Games later that year.

The Birmingham 2022 Commonwealth Games are scheduled to take place from July 28 to August 8 2022.