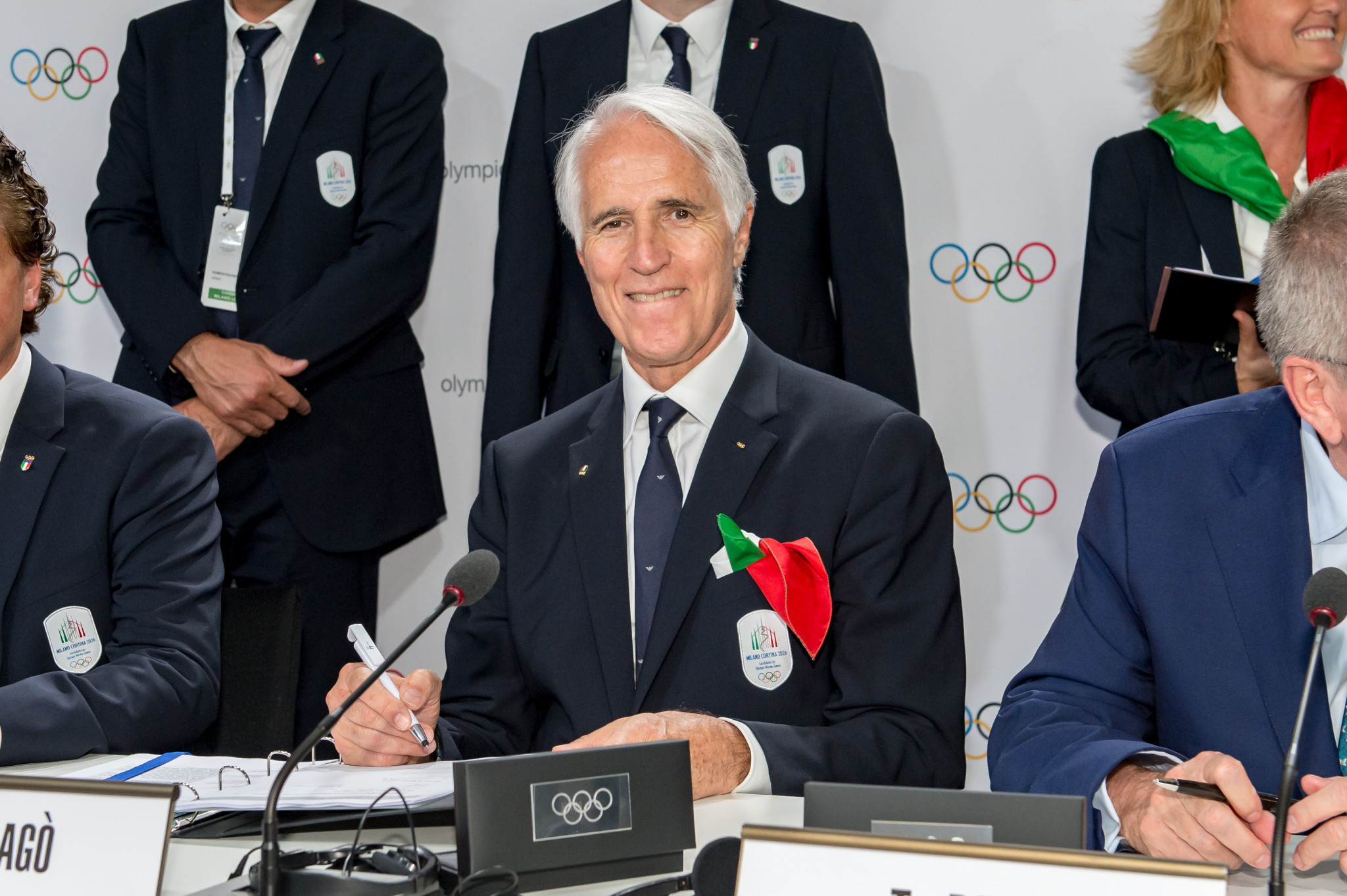 Milan Cortina 2026 President Giovanni Malagò has claimed the Games will be one of the lowest cost Winter Olympics and Paralympics, but highlighted transport between venue clusters and delays at the Santa Giulia ice rink as challenges.

Milan Cortina 2026’s budget is also lower than the figures projected by two leading candidates for the 2030 Winter Olympics.

Malagò said the use of 90 per cent of existing facilities would ensure the cost of the Games would remain low.

"Our Olympics will be the lowest-cost ones ever," Malagò said, according to Sky Sport.

"The big challenge at the infrastructure level of the Milan Cortina 2026 Olympics will be to make the distances between Milan and Bormio and Venice and Cortina as close as possible.

"Santa Giulia is by far the most significant problem in terms of time in the dossier.

"It seems clear to me that in other countries, what happens here honestly does not happen on this type of situation, perhaps because they have been clarified upstream."

The project, controlled by Italian company Risanamento SpA, took a step forward in September when an agreement was signed with German CTS Eventim group for the construction of the Arena Santa Giulia.

The delay has reportedly been caused by an appeal being made against the company.

The Arena Santa Giulia is set to host ice hockey matches at Milan Cortina 2026, and is planned to host other sports and entertainment events after the conclusion of the Games.

Milan Cortina 2026 will need to have venues completed by 2025, which would allow test events to be held one year prior to the Games.

The Games in 2026 are set to be the third time Italy has hosted the Winter Olympics, following Cortina d'Ampezzo 1956 and Turin 2006.

The Milan Cortina 2026 Winter Olympics are scheduled to take place from February 6 to 22, with the Paralympic Games set to follow from March 6 to 15.