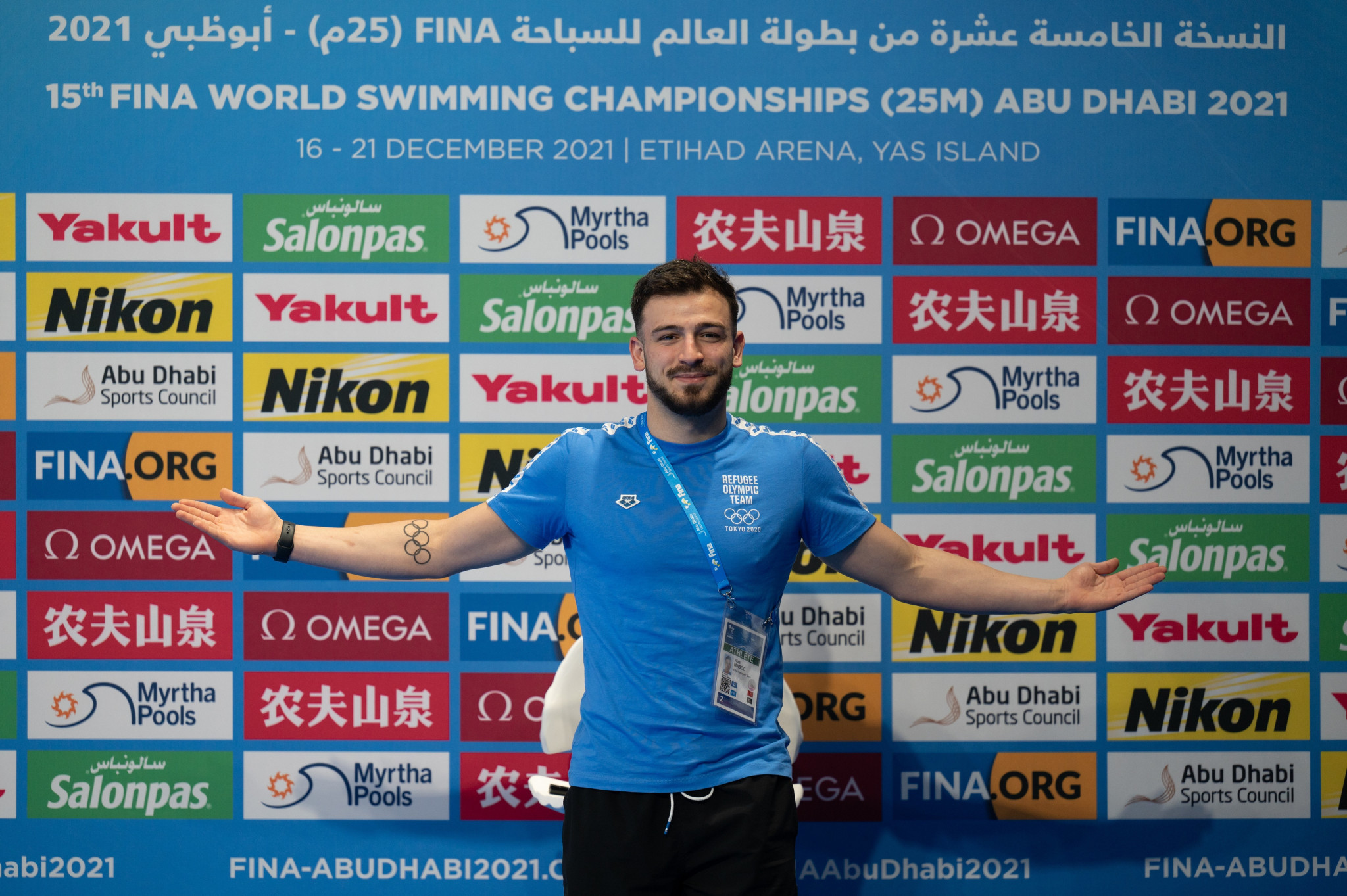 Refugee Alaa Maso hopes his remarkable story of fleeing Syria where unexploded bombs landed on his home to competing here in Abu Dhabi at the International Swimming Federation (FINA) World Swimming Championships (25m) can inspire the next generation of Arab swimmers.

The 21-year-old swimmer is among more than 1,100 athletes participating at Yas Island’s Etihad Arena in the capital of the United Arab Emirates.

Maso is the sole member of FINA’s refugee team in Abu Dhabi, where he is competing in both the men’s 50 metres and 100m freestyle competitions.

"Swimming is not so popular compared to other sports, but I believe it will grow rapidly and we are already seeing some talented swimmers that are coming up through the ranks.

"It will be great if we see more Arab swimmers winning medals on the global stage in the coming years.

"As I haven’t seen my parents since I left, winning a medal here would make them happy.

"I miss them a lot, but I still keep in touch through video calls.

"I know they are proud of what I’ve achieved so far."

Maso was born and bred in Syria before leaving in 2015 with his brother Mohammed to seek a better life and continue his swimming ambitions.

"It wasn’t an easy decision at all," said Maso.

"Two bombs landed at my house when I was just 13-years-old but thankfully they didn’t explode as they were badly manufactured.

"But it came to a certain point where you have to rethink what you're going to do.

"You need to be careful with your choices because even if you leave the house, you never know if you will come back or not.

"With the war getting worse, I had no option but to leave Syria along with my brother Mohammed."

The brothers embarked on a gruelling 12-day journey to Europe, involving crowded boat rides, buses, trains, and hiking as they joined thousands of Syrians fleeing the country for their safety.

"We lost each other a few times as there was so many of us going to the same place," said Maso.

"I remember I had walked 26 kilometres with a group of 300 people for seven hours and we were all wet.

"We were crossing roads, fields, and mountains in very cold and rainy conditions.

"It wasn’t pleasant at all and still today, it is one of the worst days of my life."

Maso did not see his brother for three days before they met at the border between Slovenia and Austria.

After navigating their way through 10 countries including Turkey, Greece and Serbia, they now reside in Germany.

Maso can speak German, Dutch, English and Arabic after continuing his education but was still passionate about swimming.

He joined a local club in Hannover before returning to competitive action after a four-year hiatus.

"Swimming is very special to me," said Maso.

"I have sacrificed a lot to reach where I am and put in a lot of hard work in training to be the best that I can be."

Maso’s effort paid off as he was named as part of the Refugee Olympic Team for the Tokyo 2020 Games.

His brother also competed in the Japanese capital but represented Syria in triathlon.

They won the hearts of the world when a picture of them embracing each other at the Opening Ceremony went viral on social media.

"My brother and I always dreamed about going to the Olympics, but we never thought that we were going to be there together because we always aimed for Paris 2024, so it really was a dream come true," said Maso.

"We both went through a tough time of all the struggles, so that was emotional, and we hadn’t seen each other for eight months as he was training in The Netherlands.

"To see hundreds of thousands of people retweet our picture is something that we will always remember."