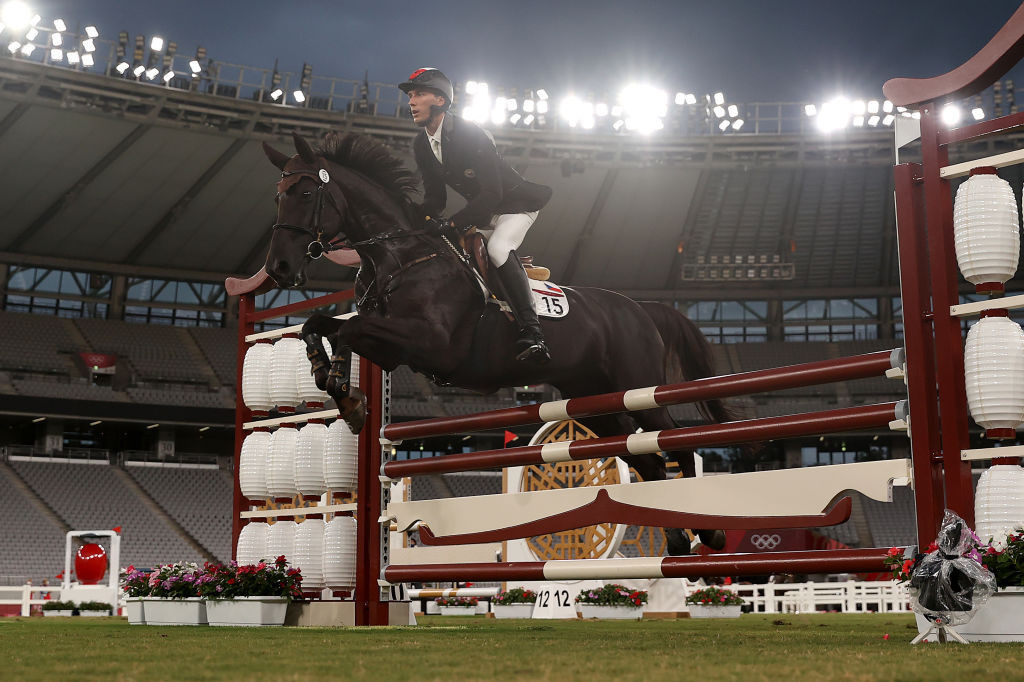 The former head coach of the Russian Federation has questioned the sincerity of "some International Modern Pentathlon Union (UIPM) Executive Board members" in making their unanimous force majeure decision to drop riding from the programme and claimed 90 per cent of those in the sport oppose it.

On the eve of the UIPM Congress, Aleksey Khaplanov, head coach of the Modern Pentathlon Federation of Russia at the 1996 and 2000 Olympics, has produced a withering response to comments made on Monday (November 22) by UIPM Executive Board member and vice-president Joël Bouzou.

In an open letter the Frenchman asked pentathletes to "embrace a future without riding", which he described as a "hindrance to our goals of global development."

Khaplanov, who has spent half a century working within modern pentathlon and coached the respective Sydney 2000 and Rio 2016 champions Dmitri Svatkovskiy and Alexander Lesun, believes that "at least 90 per cent of athletes, coaches and modern pentathlon enthusiasts consider that without the horse-riding discipline the modern pentathlon sport awaits a fast demise and we are to fight for its persistence by all means."

He adds: "The UIPM Executive Board voted unanimously to replace it by other discipline believing that without that step modern pentathlon will be immediately excluded from the Olympic Games programme.

"In my personal opinion, that raises doubt on the sincerity of some UIPM Executive Board members when making a decision."

It is understood that the decision to drop riding from the modern pentathlon programme is opposed by a large number of Russian pentathletes, despite the support for the idea voiced earlier this month to the UIPM by Russia’s 2004 and 2008 Olympic champion Andrey Moiseev, who is now a national coach.

The UIPM Congress, which will be held virtually for the first time, will consider a recommendation posted by the German Modern Pentathlon Federation (DVMF) before the Executive Board decision which calls for riding to be dropped after the Paris 2024 Olympics.

The UIPM Executive Board’s decision to drop its equestrian element followed a disastrous riding competition at the Tokyo 2020 Olympics, where German coach Kim Raisner was sent home after punching a horse who had refused to jump for Annika Schleu - the women's event leader at the time.

In his open letter to pentathletes, Bouzou claimed dropping riding would "create a more level playing field", adding it was "time to erase our reputation as a sport for high society and the elite - before it is too late".

In response, Khaplanov writes: "Dear Joel! I have read with sadness your letter addressed to the modern pentathlon public.

"Unfortunately, I cannot but comment on key messages of your letter, because I consider them to be not only incorrect, but, more than that, turned upside down.

"Your claim that the existence of a horse-riding discipline in modern pentathlon slows down its development.

"Perhaps I will unlock the mystery for you, but the existence of this discipline is the most attractive feature on all aspects of this difficult sport for children, adolescents and youth….

"Any coach regardless of a country of residence who searches for young talents and works with children at the age of 10 - 17 years will back up my words.

"Therefore, it leads to a certainly obvious conclusion that the exclusion of the horse-riding discipline will significantly decrease the attractiveness of the modern pentathlon sport in the eyes of this age group, rather than accelerate its development in most countries."

Addressing Bouzou’s contention that the worldwide development of modern pentathlon is being slowed down because there is no horse riding in many countries, Khaplanov comments:

"We all know that in at least 20 countries a National Federation is represented by its President only or sometimes a general secretary as well in the complete absence of any athletes participating in at least three disciplines, triathle or biathle.

"The question therefore arises: ‘Under what analytical documents, letters from National Federations of those countries have you concluded that the exclusion of horse riding and its replacement by other simpler in organisation of trainings and competitions discipline will stimulate the development of modern pentathlon?’

"Everybody understands well that the replacement of horse riding and even fencing (certainly, there are difficulties for those countries with this discipline too) will not increase interest of children and teenagers in those countries.

"The absence of athletes from those countries at biathle, triathle and tetrathlon competitions serves as a proof."

Khaplanov praises some of the changes to the sport implemented by UIPM in the last 28 years under the Presidency of Klaus Schormann, saying they have had "a positive contribution to the increase of entertainment…especially in what concerns laser run."

But he adds: "The only thing I would like to ask you is what advantages has modern pentathlon gained because of that?

He contends that there has not been an appreciable increase, citing "poor marketing" and inferior TV broadcasting quality.

Turning finally to Bouzou’s comment that the sport is designed for an elite, he adds: "I myself do not agree with you once again, dear Joel.

"It seems like you are not familiar with social composition of the global modern pentathlon sport.

"Everything is opposite from what you believe it is.

"With few exceptions, modern pentathlon is practised by children from not very well-off families."

The UIPM’s decision to drop the riding discipline has been met with a fierce backlash from pentathletes, with more than 650 issuing a vote of no confidence in Schormann, and 46 signing an open letter to IOC President Thomas Bach calling for him to personally intervene to reverse the decision.

Pentathlon United, a group formed to resist riding’s removal from the sport, has also called for the UIPM leadership to resign and the Congress to be delayed.

The UIPM Congress is set to be held tomorrow and Sunday (November 28), with Schormann, 75, who has been President since 1993, set to be re-elected unopposed, after being announced as the only candidate for the post.