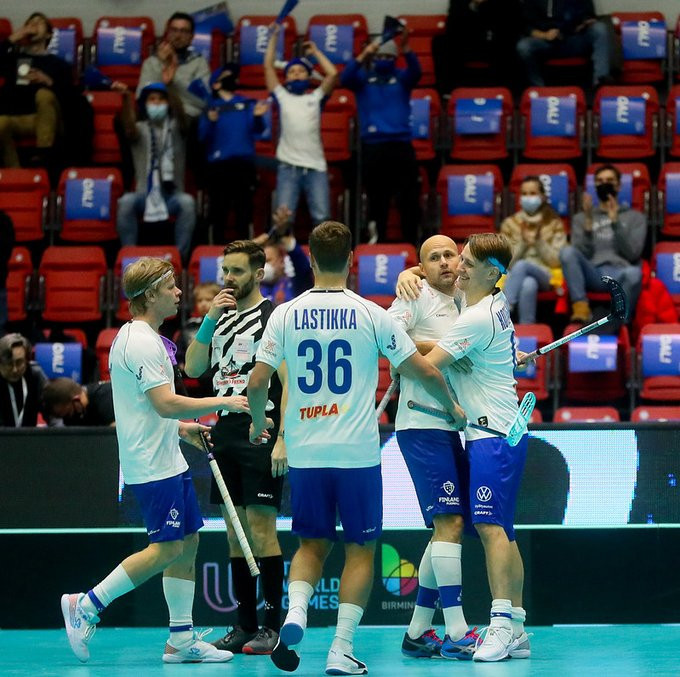 Defending champions Finland beat Latvia to seal top spot in Group A at the Men's World Floorball Championship in Helsinki.

Finland recorded a comfortable 7-2 victory to ensure they qualified for the quarter-finals with a 100 per cent record.

Ville Lastikka continued his fine scoring form at the Championship with a hat-trick, while Justus Kainulainen netted twice in a clinical performance from the host nation.

Finland cannot be caught at the top of Group A after their third win from their opening three matches.

They will be joined in the last eight by the team which finishes second in the group.

In Group B, Switzerland scored twice late on to earn a 4-2 victory over the Czech Republic and boost their hopes of reaching the next round.

Jan Zaugg found the net with what proved to be pivotal goal with less than three minutes on the clock.

The win in the repeat of the bronze-medal match from the 2018 World Championship sent Switzerland top of Group B.

The teams who finish first and second in the group will progress to the quarter-finals.

In Group D, Estonia outclassed Canada in a 21-14 victory, while the Philippines beat Singapore 9-4.

The top two teams in Group C and D will participate in the playoffs.

The bottom two nations in each group will compete in the 13th to 16th place playoffs.