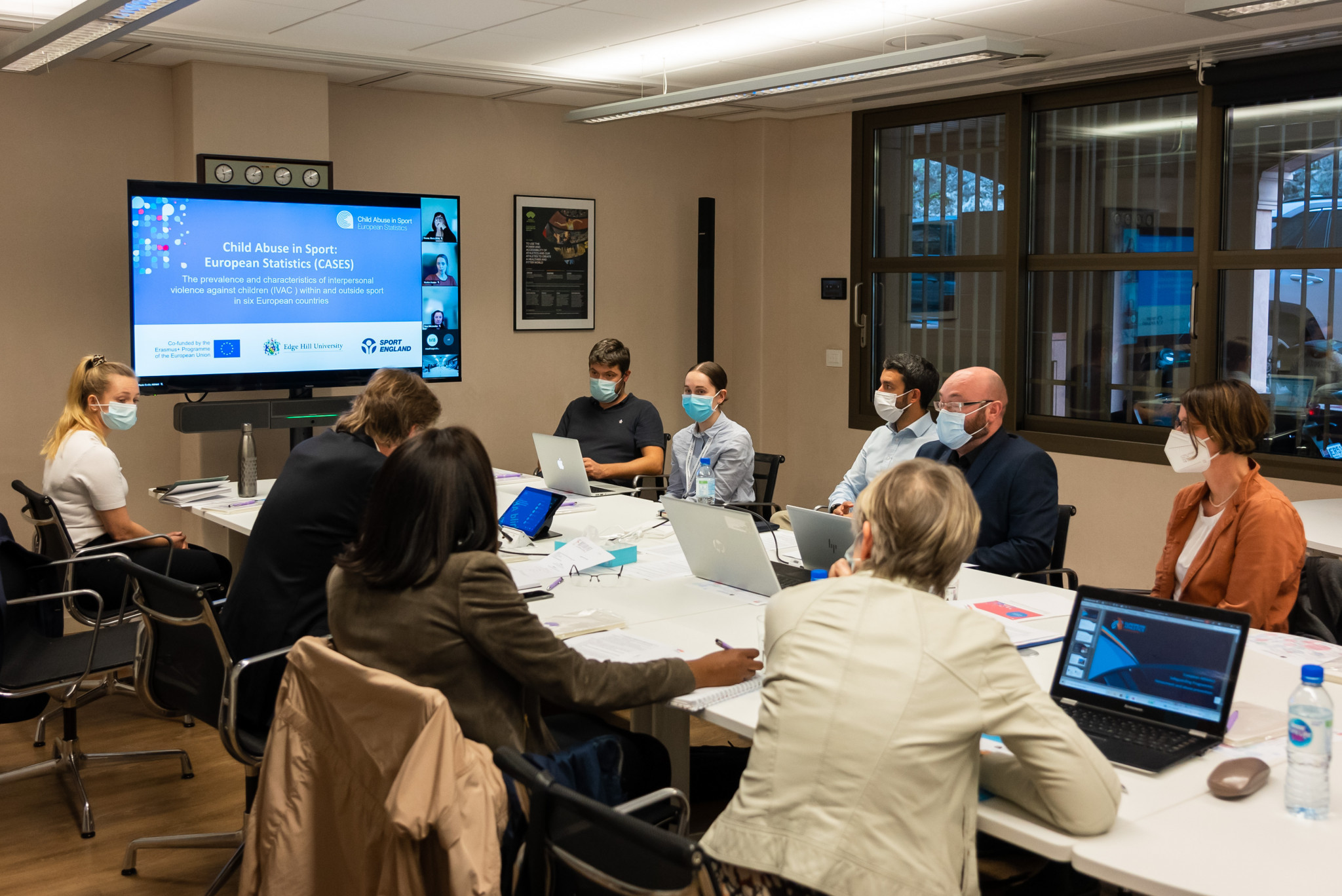 Almost three-quarters of experiences of violence against children in sport are psychological, with men reporting more past cases of abuse than women, a new survey has revealed.

The results of the online study, called "Child Abuse in Sport: European Statistics", were presented here in Monte Carlo at an international symposium held at the World Athletics headquarters.

A total of 65 per cent of respondents aged between 18 and 30 said they had experienced psychological violence while they were a child.

Humiliating and threatening or isolating behaviours were among the areas which were found to have caused harm to the psychological health or the mental or social development of a young person.

The most common experience of psychological violence within sport was not being praised for efforts or achievements, followed by humiliation or being made to feel small, being ignored or excluded and suffering criticism over one's physical appearance.

Within sport, 68 per cent of men and 61 per cent of women reported at least one experience of psychological violence before the age of 18.

Mike Hartill of Edge Hill University in England, who led the study along with Bettina Rulofs of Wuppertal University in Germany, said he was not surprised by the findings.

"Given what we know about sport and the pressure that children and young people can be put under - not just elite level, but all levels - it was not surprising to find high levels," Hartill told insidethegames.

"The attention in this area has been very much focused for a long time on sexual abuse and violence.

"I am not saying that is wrong but clearly we need to incorporate more forms when we are researching or making policy.

"We are not saying 65 per cent are traumatised after these things, we are saying they happen and when asked they have said they have happened to them.

"Withholding praise maybe seen as a milder form of abuse but it can be really damaging if you are constantly and systematically not giving praise to an individual and others are."

The study, funded by the European Union’s Erasmus+ programme, investigated a wide range of behaviours that can be harmful to athletes from verbal harassment and physical violence through to sexual abuse and neglect.

Aimed at uncovering the scale of violence against children in sport in the United Kingdom and across Europe, the study is said to be the first of its kind in sport.

A total of 10,302 individuals aged between 18 between 30 years took part in the study which questioned them on their experiences in organised sports as children and teenagers.

People from Austria, Belgium, Germany, Romania, Spain and the UK participated in the online survey.

The incidence of interpersonal violence against children in sport, was slightly lower than the incidence in the general community in each country surveyed, it was found.

Physical violence was the second-most common form of abuse experienced behind psychological with 44 per cent saying they had experienced it, followed by neglect at 37 per cent and non-sexual violence at 35 per cent.

The study also found that 79 per cent of men and 71 per cent of women reported at least one experience of any type of interpersonal violence when they were a child.

With the exception of Austria, men were significantly more likely to experience abuse than women.

The study also discovered that the likelihood of suffering from violence inside sport increased as the level of performance heightened.

The majority of perpetrators were identified as male and cases were most commonly reported in changing and treatment rooms.

"Our findings are obviously of great concern," said Hartill.

"We have seen a number of high-profile cases of child abuse in sport in recent times, but this research helps us to understand the scale of the problem more clearly.

"The data shows that these experiences are common in the sports sector which is supposed to provide children with a positive and healthy space."

A total of 18 recommendations have been made by researchers to sports organisations and Governments to help develop their measures to protect children from harm in sport.

Among the recommendations is providing an independent body where those affected by violence can report their experience and receive and support, and ensuring prevention efforts are not limited to umbrella sports federations.

Hartill claimed the report was a "good starting point for a cultural shift within sport".

"Unfortunately, these findings indicate a sector that has done too little to address deep-rooted issues within sports," added Hartill.

"Those that govern sport in Europe must do far more than producing policy.

"The problem is ultimately rooted within the nature of the relationships between adults and children within sport."

World Athletics recently launched an overarching safeguarding policy that will guide its 214 members to put in place their own policies by 2023.

"Safeguarding is about actions, not just words," a statement from World Athletics read.

"Safeguarding is more than just a line in our integrity code of conduct.

"We need action - individually and collectively.

"This research will inform the education, tools and guidance we will be creating with and for our Member Federations.

"We owe it to our athletes, competing now and in the future, to protect them from abuse, harassment and exploitation."