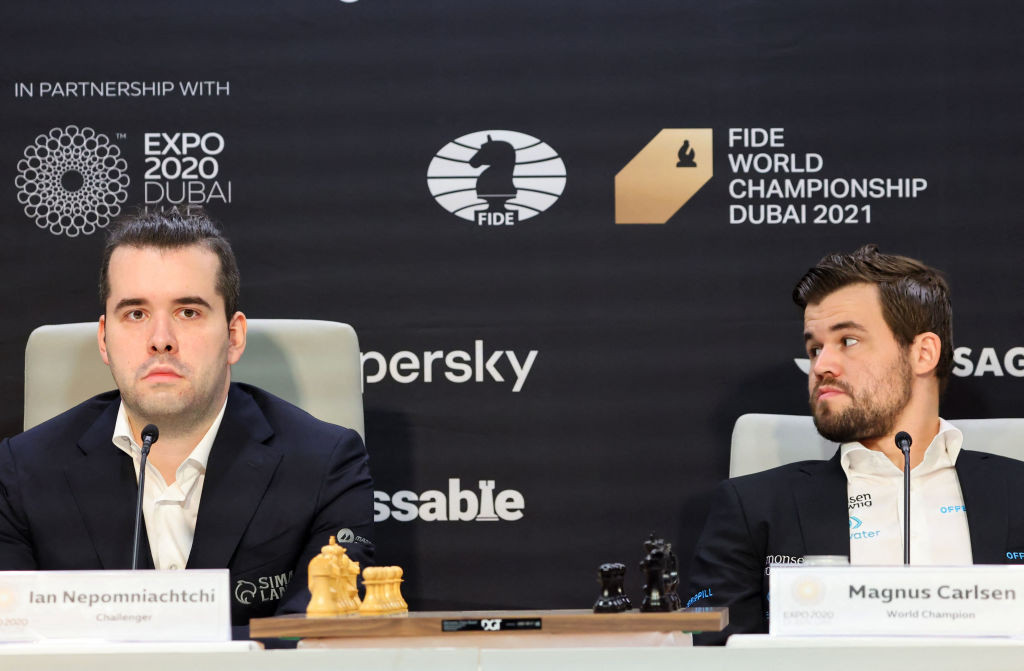 Nepomniachtchi, a 31-year-old Russian Grand Master, competing as a neutral, had a slight opening advantage over his 30-year-old opponent but soon came under some pressure before impressing observers with some accurate endgame play, chess.com reports.

The second of the scheduled 14 games at Expo 2020 Dubai will take place tomorrow.

Victory for Carlsen in a match that has been delayed by a year because of the COVID-19 pandemic would strengthen his claim to be the greatest chess player in history ahead of Russian Garry Kasparov.

Carlsen first reached the top of the FIDE world rankings in 2010 aged 19, and trails only Kasparov in time spent at the top of his sport.

His peak classical rating of 2882 is the highest in history.

Carlsen also holds the record for the longest unbeaten streak at the top level in classical chess.

He won the world title in 2013 and has successfully defended it on three occasions.

Nepomniachtchi, a former European champion, who is contesting his first championship, is from Russia but cannot play under the Russian flag due to the World Anti-Doping Agency ban on his country following revelations of state-wide doping.

Nepomniachtchi's flag on the table initially showed the logo of the Russian Chess Federation, with the name of the federation spelled out, but at the last minute it had to be replaced with one saying just "CFR."

He commented after the first game: "Obviously that's not a good thing, to play without your usual flag and your usual anthem but, you know, during a chess game you think about moves.”

Carlsen and Nepomniachtchi, respectively world number one and five, first met at the board at the 2002 European Under-12 Championship in Peniscola, Spain.