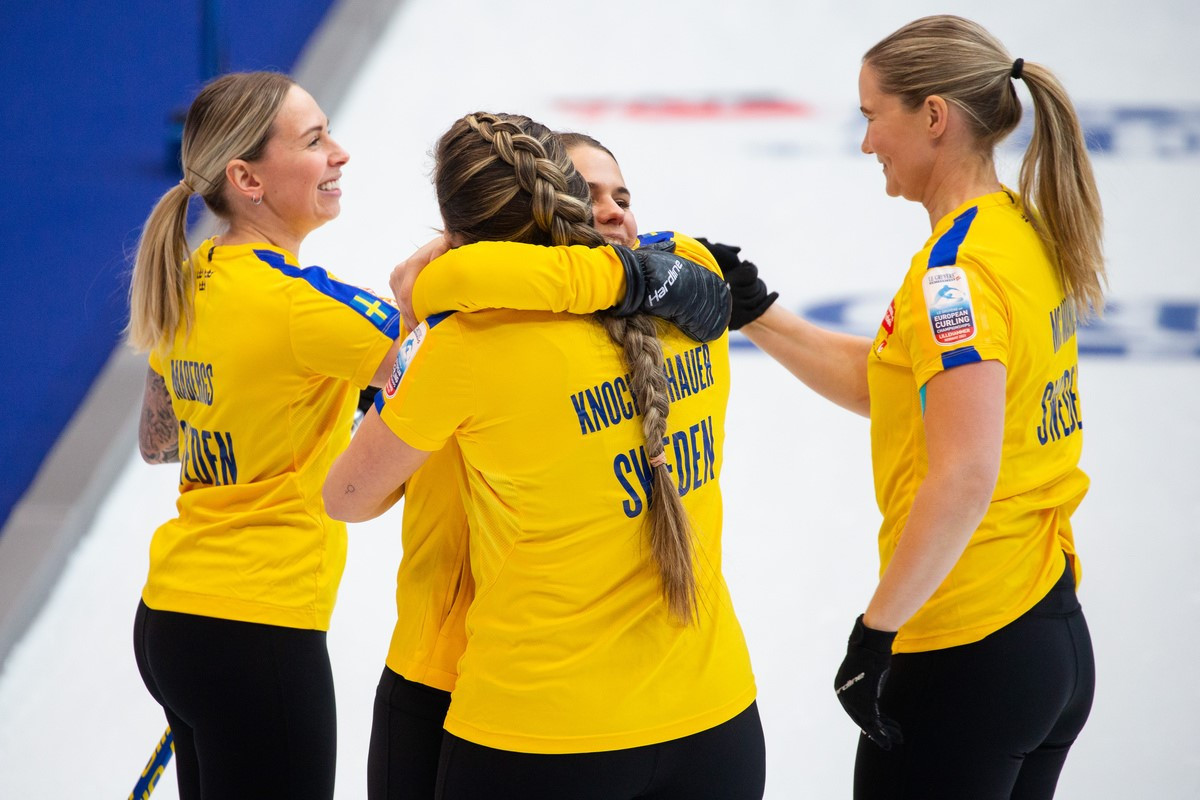 Sweden and Scotland will meet in the women’s final at the European Curling Championships in Lillehammer after both nations recorded narrow wins in the last four today.

In the semi-final between the sides that finished second and third after the round-robin stage Sweden edged out Russia 5-4.

The contest was deadlocked at 4-4 after nine ends, before the Swedes, who finished third, scored a single shot on end ten to secure victory, with Russia unable to complete a double take-out with the last stone.

Another tightly-contested match between the teams that ended first and fourth after the round-robin stage saw Scotland overcome Germany 7-4.

The teams were level at 4-4 after eight ends, before Scotland, who topped the standings winning eight out of nine matches, scored a double on end nine and a single on the tenth, after Germany narrowly missed an attempt to level the contest, to advance to the gold medal game.

Earlier in the day the final women’s round-robin session took place, with Germany defeating the Czech Republic 11-4 to seal the one outstanding semi-final place.

The top four teams join Switzerland, Italy and Turkey in earning automatic places at the 2022 World Women’s Curling Championship, set to be held in Prince George, Canada in March.

This hit and roll from Scotland leaves them in a position to win the game! 🏴󠁧󠁢󠁳󠁣󠁴󠁿👏 #ECC2021 #curling

Italy defeated Finland 8-3 to secure third place, while Norway qualified in fourth despite losing 8-3 to Scotland.

Scotland, top of the standings after winning all nine matches, face Norway in the last four, with the Norwegians qualifying at Switzerland’s expense, based on the sides head-to-head record, after both countries ended with five wins and four losses.

Italy will face second-placed Sweden in the other semi-final, with both matches set to be contested tomorrow, and the women’s bronze medal game between Russia and Germany scheduled to follow.

The top four men's teams will be joined by Switzerland, Denmark, Czech Republic and Germany at the 2022 World Men's Curling Championship, scheduled to take place in Las Vegas in the United States, in April.

Meanwhile, it was confirmed today that two cases of coronavirus were detected among event staff following a round of rapid antigen testing.

Both individuals have been isolated, and the event’s COVID-19 response plan is being followed.