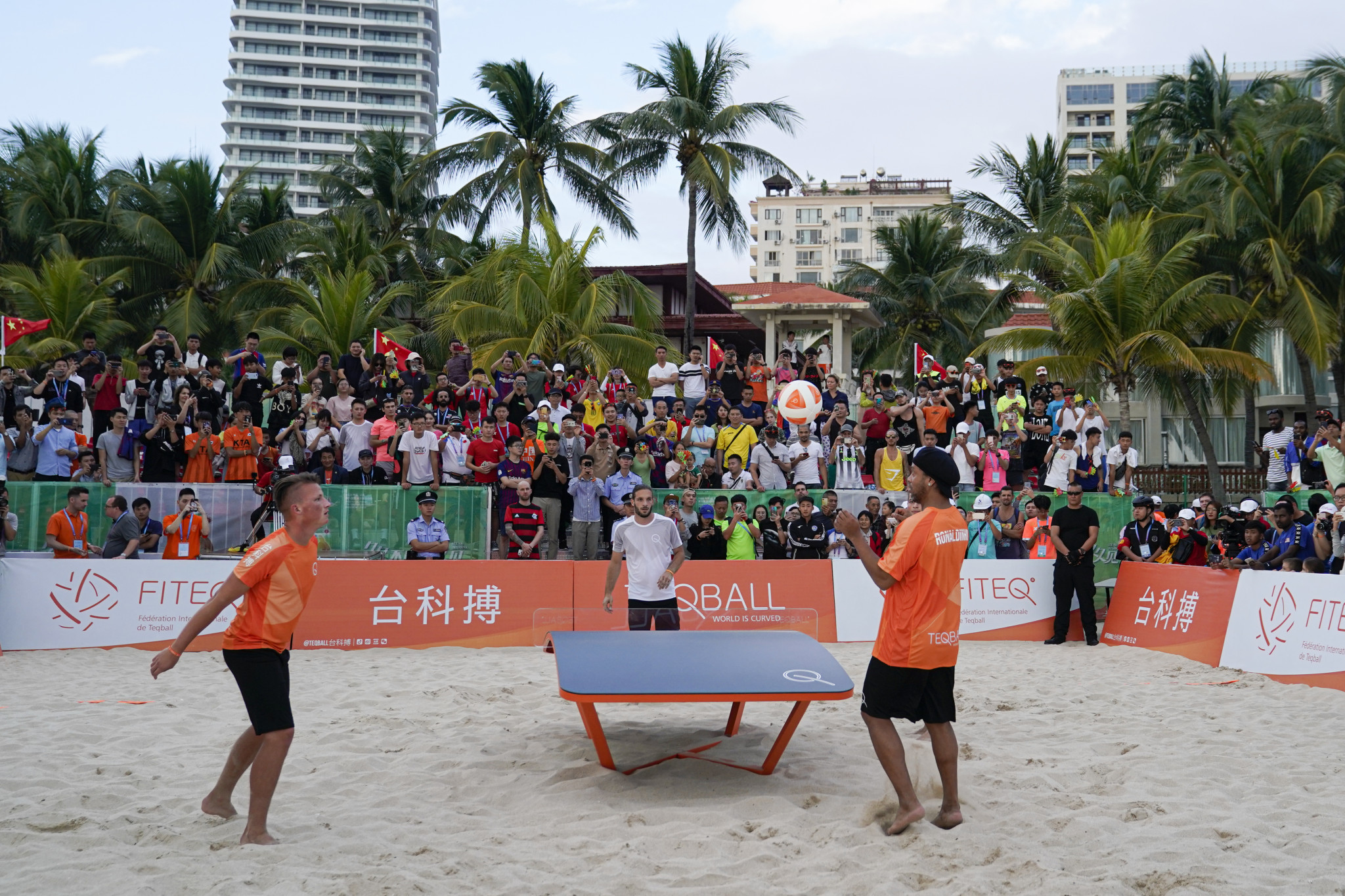 Chairman of the International Federation of Teqball (FITEQ), Viktor Huszár, aims to capitalise on teqball's rise in the Americas by seeing the sport included in the Pan American Games.

Huszár, one of teqball's co-founders, was at the 59th Panam Sports General Assembly here in Cali in Colombia to meet with influential sporting officials from across the region.

"We have more than 20 National Federations in the PanAm region," Huszár told insidethegames.

"Out of the 20, there are 12 already recognised by a sports authority, either their National Olympic Committee or the Sports Ministry.

"There are certain regulations on how you can get on the Panam Sports programme, and we are trying to achieve that very quickly.

"This is the last continent we need to conquer, in the positive meaning of the word.

"We are here because we now have many friends, and we also see that the potential in the region is probably even higher because of the level of gameplay that the South American players and the Pan American players can achieve in a shorter time than in the other continents."

Teqball is set to make its debut at the 2023 European Games in Kraków.

Although the Santiago 2023 Pan American Games may be too soon for teqball, the gradual growth of the sport is Huszár's priority with Barranquilla 2027 in his sights.

"Our intention is not always about the Games, however, it's more important that in the 41 [Panam Sports] countries teqball has a route, activities are growing and eventually there will be a demand for teqball to be added to the Games," said Huszár.

"We have met with the Sports Minister of Chile and we tried to speed up the process but the objective is not Santiago itself.

"Panam is the objective and hopefully, depending on the speed and the many regulations, Barranquilla 2027 is not a question.

"For 2023, I would say that we are not in the process but at the same time anything can happen."

It aims to create a party atmosphere with DJ's, music and dance all on the agenda.

"We are thankful to the local Organising Committee and to Panam Sports President Neven Ilic and secretary general Ivar Sisniega because we have the chance to demonstrate teqball for the participants and everyone can see teqball live," said Huszár.

"We will have more than six tables at four locations at the Junior Games.

"I hope that everyone will come and pop into the teqball main stage.

"It's going to be a bit more like a teqball festival."