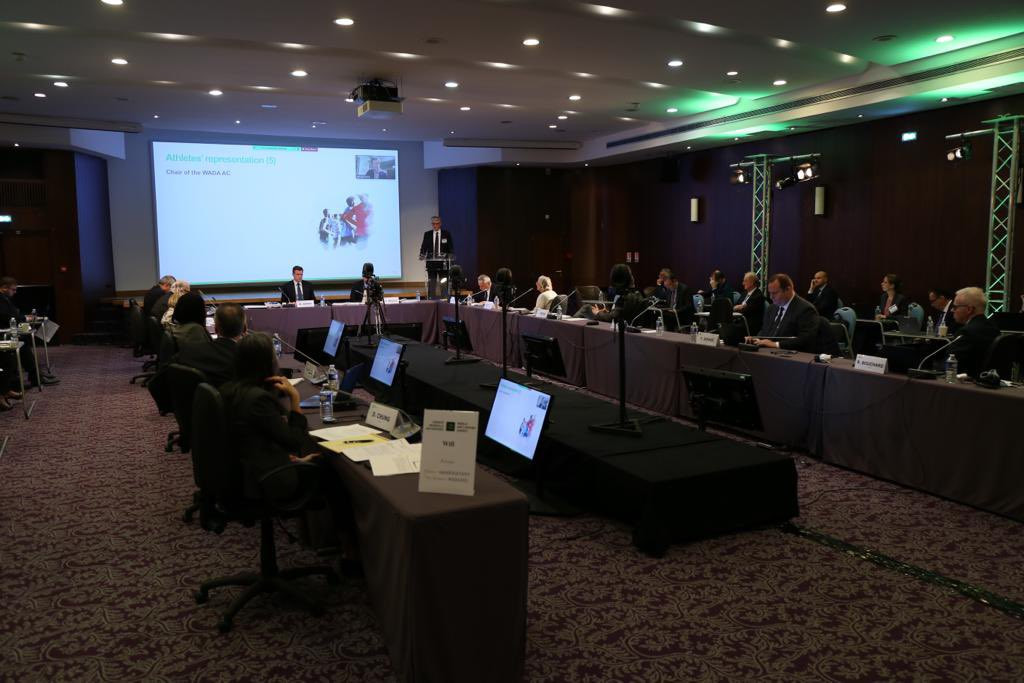 Governance reforms will again be top of the agenda when the World Anti-Doping Agency (WADA) Foundation Board holds its latest meeting here tomorrow.

The protracted process to overhaul the global watchdog's governance is set to continue with recommendations from a working group established last year, which will be put to a vote at the gathering of the 38-member body.

insidethegames understands that the sports movement and public authorities - those representing Governments - were broadly aligned on the reforms when they were presented to the WADA Executive Committee today.

It is somewhat of a rarity for WADA, which has been accustomed to disputes between representatives from the International Olympic Committee and Governments in recent years.

The governance reform process has this week been criticised by four athlete groups, including the World Players Association and Athleten Deutschland.

Athleten Deutschland is among those to have slammed WADA for a lack of independence and claimed its proposed addition of more athletes to its governance structure "is once again, more smoke and mirrors".

"WADA continually hides behind headlines rather than implementing meaningful reforms, and as a result, athletes have lost confidence in WADA’s integrity and ability to fulfil its mandate," the German organisation said.

"Meaningful change cannot happen without independence, the first step of which is an independent Executive Committee with independent athlete representation.

"One of WADA's inherent flaws is its lack of independence.

"The many conflicted actors with divided loyalties to sport and government is particularly evident at the Executive Committee level."

WADA embarked on a process to change its governance back in 2018, and has since added independent members to its Executive Committee and created a Nominations Committee to vet candidates for key roles including the Presidency.

But athlete groups and countries such as the United States, which has withheld half of its funding in response to what it feels is a lack of meaningful reform, have criticised the organisation for failing to implement changes quickly enough and for not adding more athletes to decision-making bodies.

Both the current WADA President, Witold Bańka, and vice-president Yang Yang are former athletes, however.

"WADA's governance structure is changing as we continue to implement meaningful and far-reaching reforms," a WADA spokesperson said.

"Further reforms are being discussed this week with recommendations having been made to the Board for consideration."

Testing in the lead-up to the 2022 Winter Olympics in Beijing, set to open on February 4, and the impact of the COVID-19 pandemic on anti-doping are also expected to be discussed during tomorrow's Foundation Board meeting.