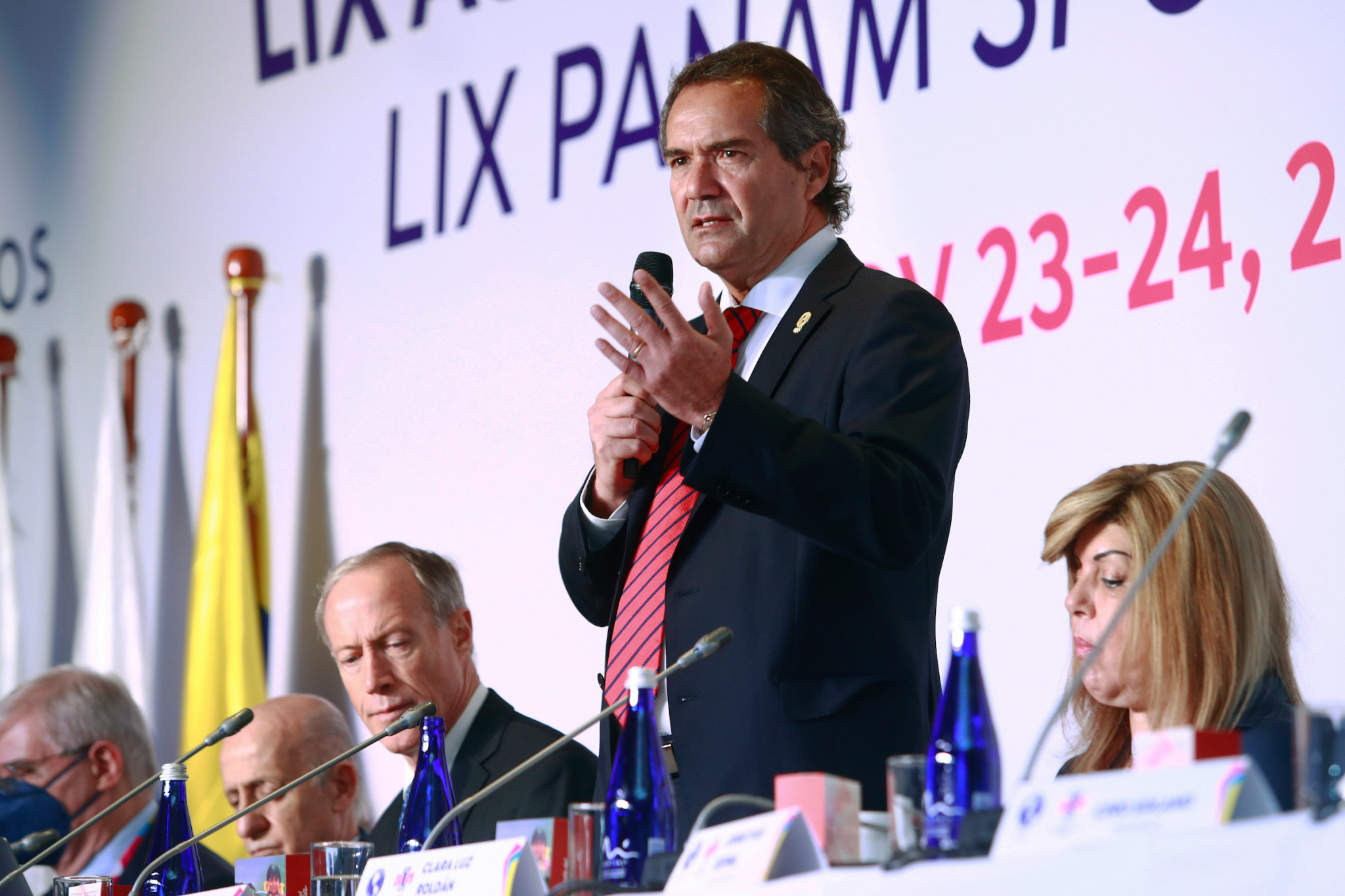 Panam Sports President Neven Ilic has conceded that hosting the Junior Pan American Games during the COVID-19 pandemic is a "big risk", but insists it is one worth taking because of the benefits on offer.

Speaking at the first day of the Panam Sports General Assembly here in Cali, the inaugural Junior Pan American Games' host city, Ilic opened his report with a stark warning that all participants cannot afford to let complacency set in.

"We cannot lower our guard, the pandemic has not ended," said Ilic at the 59th Panam Sports General Assembly in the InterContinental Hotel.

"Cali 2021 is a big risk but the athletes of our region deserve it.

"These Games have risks, they are important and concern each and every one of us.

"COVID is still here and living.

"We have been losing respect for it but we need to be careful and very strict so that we won't be sorry for the loss of anyone.

"It is a great challenge that we are going to face together."

However, the International Olympic Committee member insisted that the benefits for the athletes made the Games essential to run, outweighing any potential danger.

"Young athletes of America will have their big opportunity," Ilic continued.

"These Games will invest in and prepare young people, with the gold medallists qualifying for the Santiago 2023 Pan American Games.

"We believe that will be the greatest incentive for our athletes.

"A great dream for young athletes is to compete alongside their sporting heroes and to represent their country."

"The infrastructure is on time, the investments have been made and the budget has been approved," said Ilic.

"All the steps we need to proceed are being taken."

The 59-year-old then recounted his talks with Barranquilla 2027.

The Colombian city - the destination for Cali 2021's baseball and softball competitions - was awarded the 2027 Pan American Games in August.

"Barranquilla was determined to host the Games," said Ilic.

"They told us that it would be instrumental for growth in the region and they are willing to invest.

"It is a tremendous thing for us to have a city tell us they need to host the Pan American Games.

"It is a very different city to what we knew not so long ago.

"They are willing to do everything to ensure their Games is a great Games."

Ilic concluded his report by declaring that Panam Sports is in a healthy position and can continue to develop.

"We are under budget, Panam Sports has achieved this through great work from our financial teams," said Ilic.

"The future is bright, we are growing and we are improving."

Organising Committee reports are still to be delivered at the General Assembly.

The two-day meeting will conclude tomorrow.