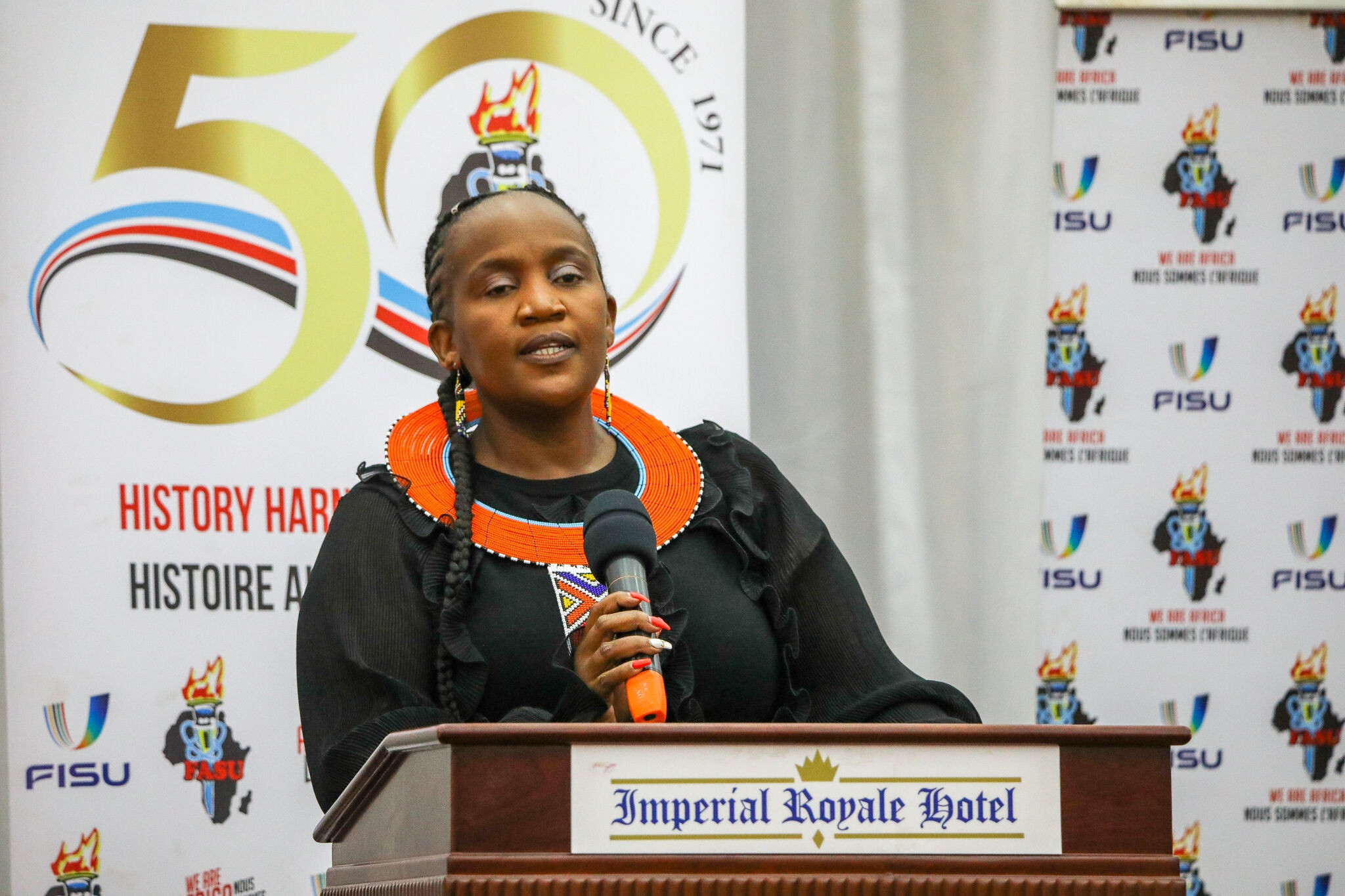 Federation of Africa University Sports (FASU) President Nomsa Mahlangu claims the organisation is "not only existing but thriving in the right direction" as it celebrated its 50th anniversary.

FASU has increased its membership to 40 national university sports bodies since it was formed by 17 universities in 1971.

A series of webinars have been staged this year as part of the "FASU @50" celebrations.

The first webinar was held on August 11 and saw current and former members of the FASU Executive Committee explore the past that resulted in almost 30 years of dormancy for the organisation and how they were able to re-establish it.

Students, including athletes and volunteers, then staged a second webinar which discussed the topic of "the role of students in the growth of university sports".

Kampala in Uganda played host to a gala which brought together students, administrators and university sport enthusiasts together at an event organised by FASU for the first time since the COVID-19 pandemic hit in 2020.

The gala was preceded by the Kings of Africa Rugby 7s tournament and the FASU Tennis Slam Championships as athletes from 18 universities across five countries took part in the three-day sporting events.

"This year we celebrate 50 years of the milestones for the Federation of African University Sports and in this time like any journey, there have been huddles, potholes and holdbacks and despite the stop and starts that we have faced.

"Today, I stand with great joy in my heart that as an organisation we are not only existing but thriving in the right direction like hosting our very first women’s rugby sevens tournament.

"We have a long way to go in Africa when it comes to sports participation and medals, but I believe as the university system we bear the responsibility of increasing the medal count of Africa to build the next generation of African sports leaders."

As part of the gala events, FASU recognised some of its past and present members, including former President Ralethe Malumbete .

"First I would like to commend the past generation who saw fit that amongst other things to achieve peace, unity and progress within the African continent that it is important that people within the umbrella of university sports team together to form what became FASU, something that we are proud of and is why we have adapted the message 'we are Africa' 'nous sommes l’Afrique'," added Malumbete.

"With this, we work towards the ambition of the African sports restoration.

"We need to believe in our young people.

"We need to believe in our women and that universities can play that cardinal role to drive the process of the revival and sustenance of university sports, which will in turn impact our reach in sports as a continent at large."