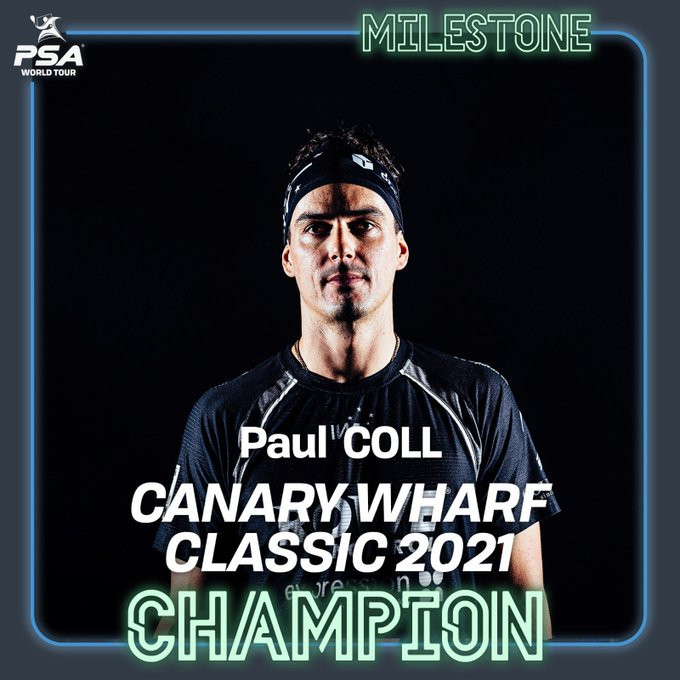 Farag, who entered the competition as the first seed and the favourite, lost the final last year, and suffered final-hurdle failure once again here.

"I have so much respect for Ali, he’s such a great champion, he’s a top player.

"For me to beat him in the final is extra special, he’s such a top and fair player and everyone should look up to him as a quality champion.

"I’m so happy to take two titles off him, no offence Ali."

Coll added: "I’m very proud of that, it’s so tough to beat him.

"You’ve got to put so many things together, get a game plan and then execute a game plan from start to finish, I’m very proud of this win.

"I want to thank the crowd, it’s my favourite venue to come to, Tim Garner, you do an amazing thing here.

"Thanks, Canary Wharf, the crowd make it but to even have the event in such a special location and I know all the players are so privileged to come here and play this tournament."