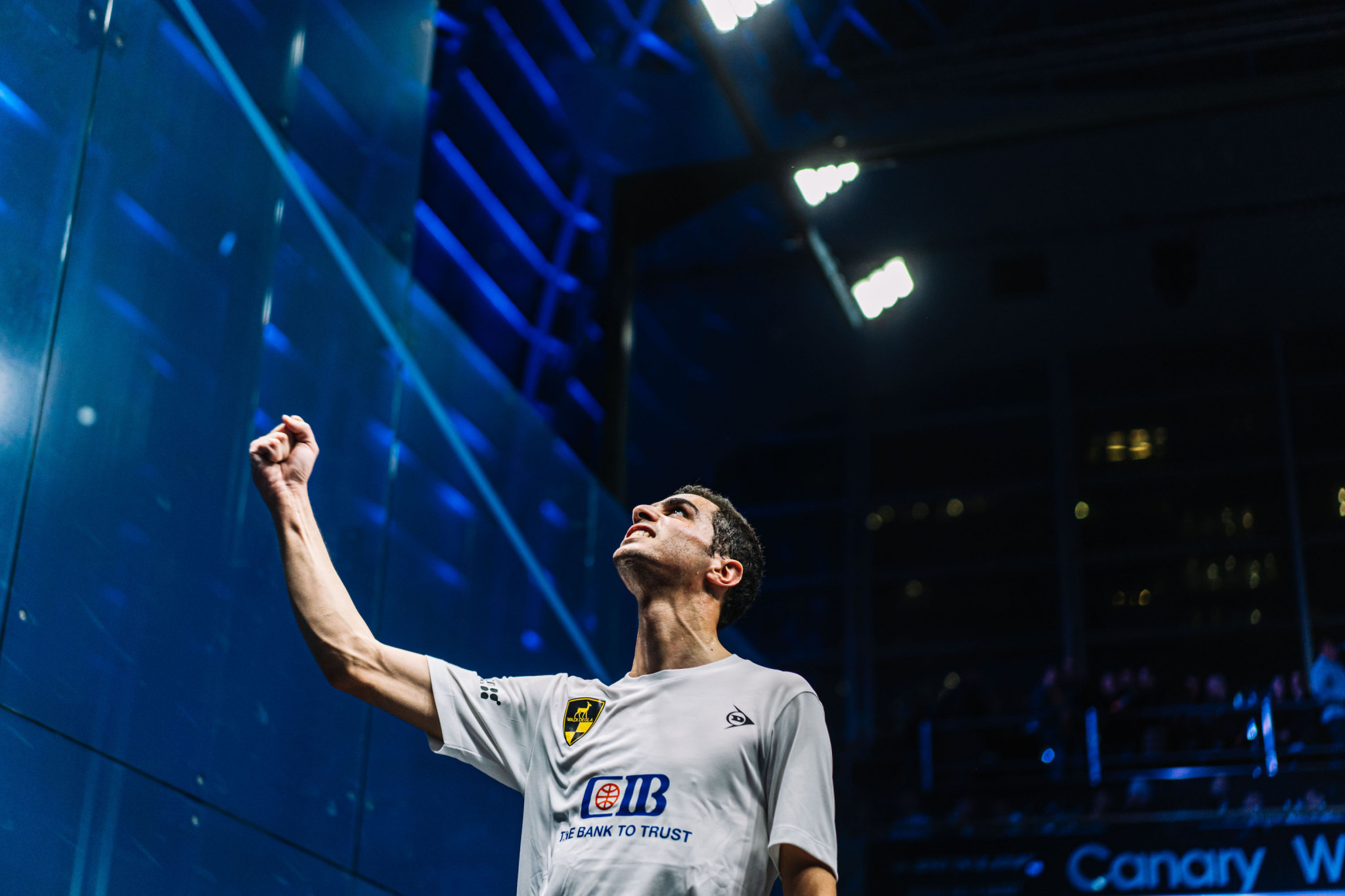 Number one seed Farag, who is yet to win a Canary Wharf Classic title, won all-Egpyt affair, dropping just six points in the final two sets of a 12-10, 11-2, 11-4 win over Tarek Momen.

"I had a clear game plan in mind, but it’s not easy to implement it against Tarek," said Farag.

"It was a matter of who got their gameplan going first.

"In the first, we traded blows a little and it went my way which calmed me down, so it was easier for me to implement my game plan.

"In the second and third, I don’t think I’ve ever done it to that level against Tarek before.

"I’ve made semis here and the final, so I hope the trend continues.

"I hope I can go one further this time.

"I always feel confident going into a tournament after having a good training block," said Coll.

"I knew it would be tough tonight, Diego beat me three weeks ago, so credit to him for backing up and having another good tournament, it’s always so hard to do that.

"Ali and I have had some good battles in finals this year, another one tomorrow.

"I’ve got a lot of support from best friends and my coach here.

"I’m just in a good place this week, the crowd’s amazing."

The final is due to take place tomorrow.