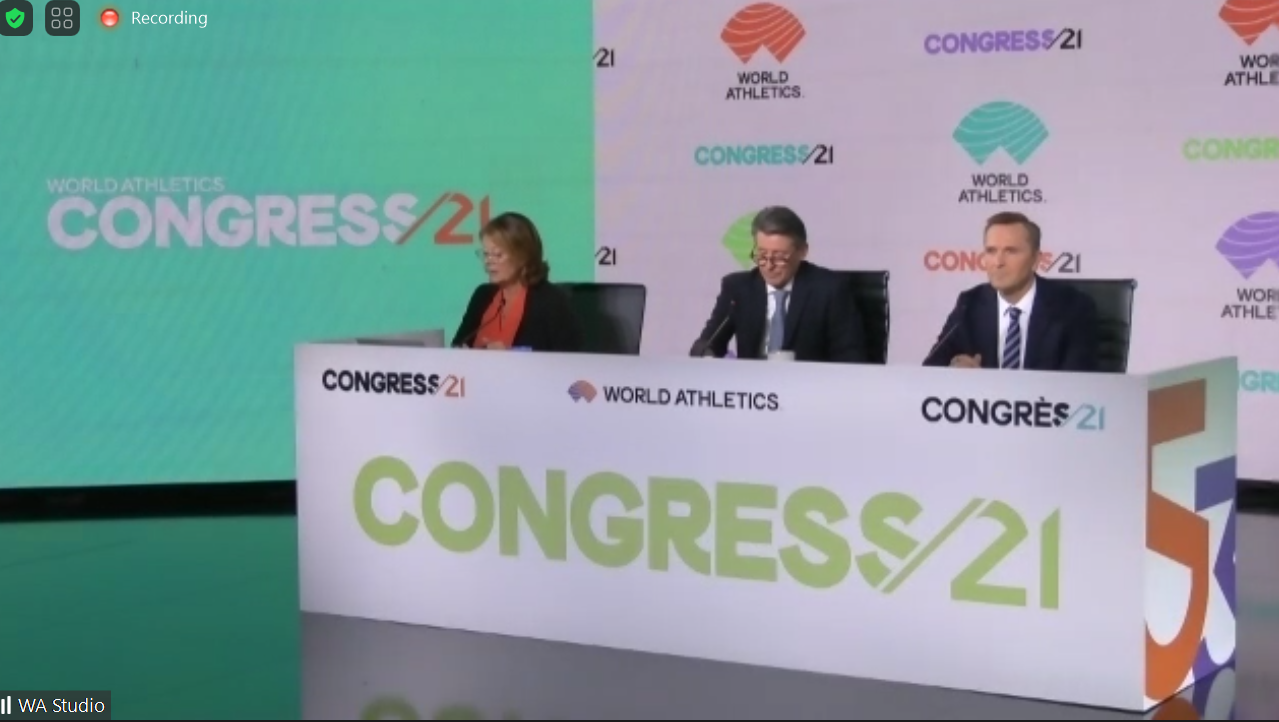 The 53rd World Athletics Congress, which concluded today, has set in motion "important initiatives" for the future of the sport, the World Athletics President Sebastian Coe said at a post-event press conference.

"We have approved the new World Plan 2022-2030, which sets clear objectives against World Athletics' vision for the sport," said Coe.

"It builds on the four-year strategic plan and the four pillars of 'more participation, more people, more fans, and more partners'.

"The Congress also received the first report of the Human Rights Working Group, which includes six recommendations for World Athletics to follow to ensure that human rights are protected and respected in the sport."

Coe added: "This Congress has set the direction of our sport for the next eight years, with the approval of the World Plan.

"This is a practical and measurable guide that all of us will be able to plan and deliver against.

"We have made good progress since the last Congress in 2019, despite the pandemic, and the next four years offer unprecedented opportunities with athletics taking centre stage in the middle of each year, through a sequence of World Athletics Championships and Olympic Games, so we need to build on that momentum as a sport."

The World Plan 2022-2030 is the result of the largest review World Athletics has ever undertaken as a sport.

According to a World Athletics release: "More than 85 per cent of the 214 member federations completed detailed questionnaires about the state of athletics in their country and their priorities for growth.

"And, through the Global Conversation campaign, 25,000 individuals from 178 countries across the sport, from athletes to coaches, fans and recreational runners, gave feedback and recommendations.

"The World Plan builds on governance and integrity reforms and the work of the Athletics Integrity Unit.

"It covers the spectrum of athletics from school and recreational athletics through to elite performers.

"It is ambitious, setting metrics for the 67 actions against which each federation can benchmark progress.

"It addresses both elite programme priorities and the increased interest in health and fitness and recreational running around the world.

"It also addresses social responsibility and sustainability, linking to the health, education, diversity, gender, social and environmental agendas which are becoming increasingly important to communities and governments and which, in turn, may help unlock additional investment in the sport."

The release adds that the original Kids’ Athletics programme "has been implemented by more than 100 member federations and has reached an estimated cumulative audience of more than 13 million children and young people.

"The relaunch comes at a time when experts around the world have expressed concern about rising physical inactivity in children and its impact on their future health, a situation exacerbated by the pandemic.

"Globally, four out of five adolescents do not get enough physical activity, according to the World Health Organisation.

"A primary objective of Kids' Athletics is to help alleviate global inactivity levels and get young people active."

Meanwhile, the Human Rights Working Group, led by independent chair Maria Clarke, has put forward six recommendations, which should be implemented over the next three to five years, it was advised.

A statement said World Athletics should make a public commitment to respect and promote internationally recognised human rights and have human rights expertise embedded in the organisation.

Other recommendations included conducting a further assessment of the human rights risks in World Athletics' operations and throughout the sport as a whole, and adopting a Human Rights Framework to be used by its decision-makers.

World Athletics should also develop a Human Rights Strategy, which should be monitored and reported on annually to the member federations, it was stated.