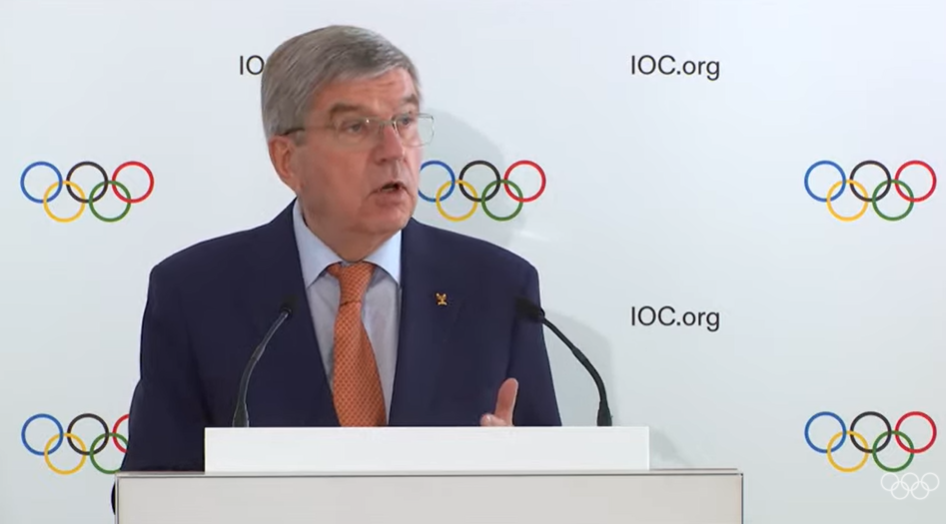 International Olympic Committee (IOC) President Thomas Bach has made an urgent plea to Governments around the world to create legal sanctions against criminal activity within sport, adding that those currently in place "will not help at all".

Speaking at the fourth International Forum for Sports Integrity, hosted at the IOC headquarters in Lausanne, Bach praised the ongoing cooperation between his organisation and Interpol in terms of exchanging information and raising awareness over corruption within sport, but added a warning.

"Always, however, we have to have in mind that after information exchanging the job is not done," he said.

"What we need are deterrent sanctions.

"As sports organisations we don’t have the tools for really deterrent sanctions.

"Send someone home from a sports event and say they are not welcome for the next two years.

"This is not really a deterrent to a criminal.

"This is why we really urge governments to make more efforts to harmonise their legislation and then to issue these deterrent sanctions.

"Because without this it’s a little like the fight against the windmills.

"We need these laws from governments and official authorities all across the world so that no criminal can feel safe in any country – or sports organisation.

"These guys have to go to jail."

Earlier in the discussion Ilana de Wild, director of Organised and Emerging Crime at Interpol, called for greater cooperation to combat corruption in sport.

"No organisation can tackle the problem of match fixing alone," she said.

"We believe Federations should continue to work in tandem with law enforcement bodies.

"It is the only way we can keep criminals out of sport.

"Legal sanctions serve as a deterrent.

"But it is striking that there are still relatively few criminal investigations in the field of sports corruption.

"We should further encourage and facilitate information exchange between sport and law enforcement sectors."

Both the IOC and UNODC argue that the arrival of effective legal deterrents is long overdue.

In 2013, their joint report into match fixing and illegal betting warned: "The phenomenon of match-fixing brings to the surface its links to other criminal activities such as corruption, organised crime and money-laundering.

"Recent cases reveal the magnitude of the problem and indicate the dire need to address it through appropriate investigative and law enforcement tools.

"In fact, a criminal justice response against match fixing would demonstrate that sporting manipulation is not a “simple” breach of sporting rules, but also an offence against the public in a broader sense.

"Legislation to establish criminal offences against match-fixing is therefore needed as a complement to independent sporting sanction systems, which include bans, relegations and penalties.

In May 2006, Luciano Moggi, general manager of Juventus, was accused of being at the centre of what turned out to be Italy’s most serious match-fixing scandal, and was given the name of Calciogate.

Juventus were stripped of their 2005 and 2006 title wins, and Moggi was banned from the game for life.

But there were no prison sentences.

The same was true of the cricket match-fixing scandals of 2000 that cost three Test captains their careers: Hansie Cronje of South Africa, Mohammad Azharuddin of India and Salim Malik of Pakistan were banned for life for alleged links with illegal Indian bookmakers

In November 2011, however, when three Pakistan cricketers – Salman Butt, Mohammad Asif and Mohammad Amir - were found guilty of involvement in the spot-fixing of no-balls during the fourth Test between England and Pakistan at Lord’s in August 2010 they were given prison sentences as well as five-year bans.

But such punishments have not been consistently applied.