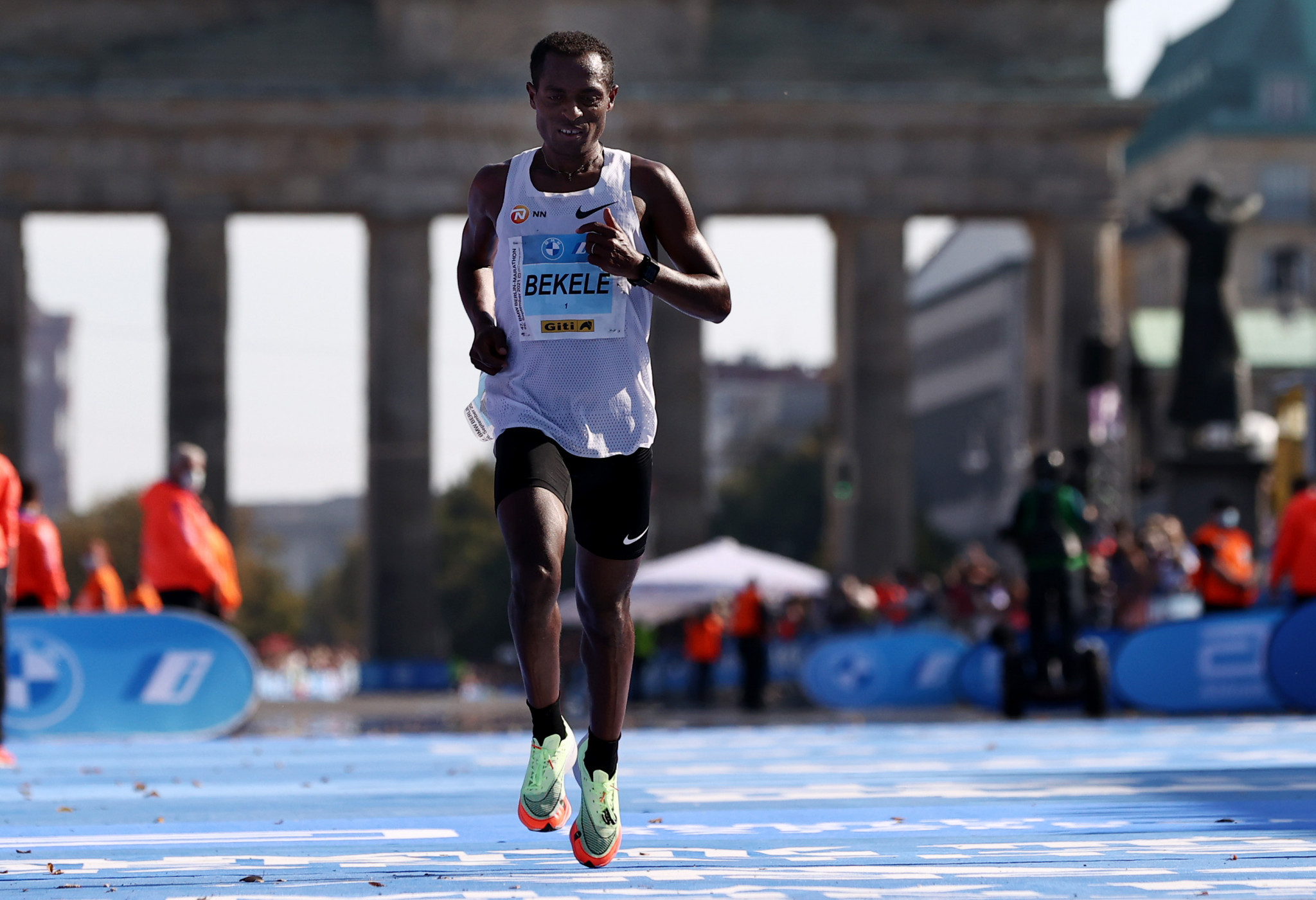 The New York City Marathon is set to return tomorrow, with Ethiopia's Kenenisa Bekele poised to make his debut on the 50th edition of the race.

Last year's event was cancelled because of the COVID-19 pandemic, with a virtual alternative running in its place, but a host of stars are set to travel to the American city to compete this year.

The course begins on Staten Island, passing through all five boroughs of the city before finishing in Central Park.

It is renowned as one of the most difficult of the major marathons, featuring a series of deceiving hills.

Bekele is considered one of the greatest long-distance runners in history but arrives in New York on the back of a 2 hours 6min 47sec run at the Berlin Marathon in September.

The three-time Olympic gold medallist had to settle for third place in Berlin but is confident of a stronger performance in the men's race in New York City.

"I will do a good result actually," Bekele said, quoted by letsrun.com.

"Of course, I will be in a good position.

"On Sunday, I expect a good day and good result.

"After Berlin, I recovered well."

However, Kenya's world record holder in the half marathon Kibiwott Kandie is another runner set for his New York City Marathon debut, while another of the athletes likely to push Bekele hard is The Netherlands' Abdi Nageeye, who ran 2:09:58 at Tokyo 2020 to secure an Olympic silver medal.

The 2016 winner Ghirmay Ghebreslassie of Eritrea is also to compete in the men's race.

Olympic champion Peres Jepchirchir of Kenya headlines the women's field, having ran an impressive 2:27:20 in the heat and humidity of Sapporo.

Molly Seidel of the United States also finished on the podium at Tokyo 2020, clocking 2:27:46 to secure bronze.

In 2017, Shalane Flanagan became the first American in 40 years to win the women's race in New York City, and Seidel could spearhead US hopes of a repeat, although Sally Kipyego finished second at this event in 2016.

Ethiopia's Ruti Aga placed third the last time the Marathon was held in-person two years ago having triumphed at the Tokyo Marathon earlier in 2019, while Commonwealth Games gold medallist Helalia Johannes of Namibia will aim to build on an 11th placed finish at Tokyo 2020.

Nancy Kiprop of Kenya finished a place outside the podium with 2:26:21 and is also set for a return to New York City.

The women's course record of 2:22:31 has stood since it was ran by Kenya's Margaret Okayo in 2003, although her compatriot Joyciline Jepkosgei fell just seven seconds short of it when she won in 2019.

Jepkosgei opted to compete at the London Marathon, winning with a time of 2:17:43 and will not feature in New York City.

Organisers of the New York City Marathon revealed extensive COVID-19 countermeasures in September, including a requirement for runners to present proof of at least one dose of a vaccine or a negative test within 48 hours to compete.

The start of the race will be staggered in waves, with family members banned from the finish area.

The men's and women's wheelchair races are set to be the first to depart from the start line, followed by athletes in the handcycle category and with disabilities.

The race is usually the last of the six World Marathon Majors, although this year's Tokyo Marathon was postponed until March 6 2022.