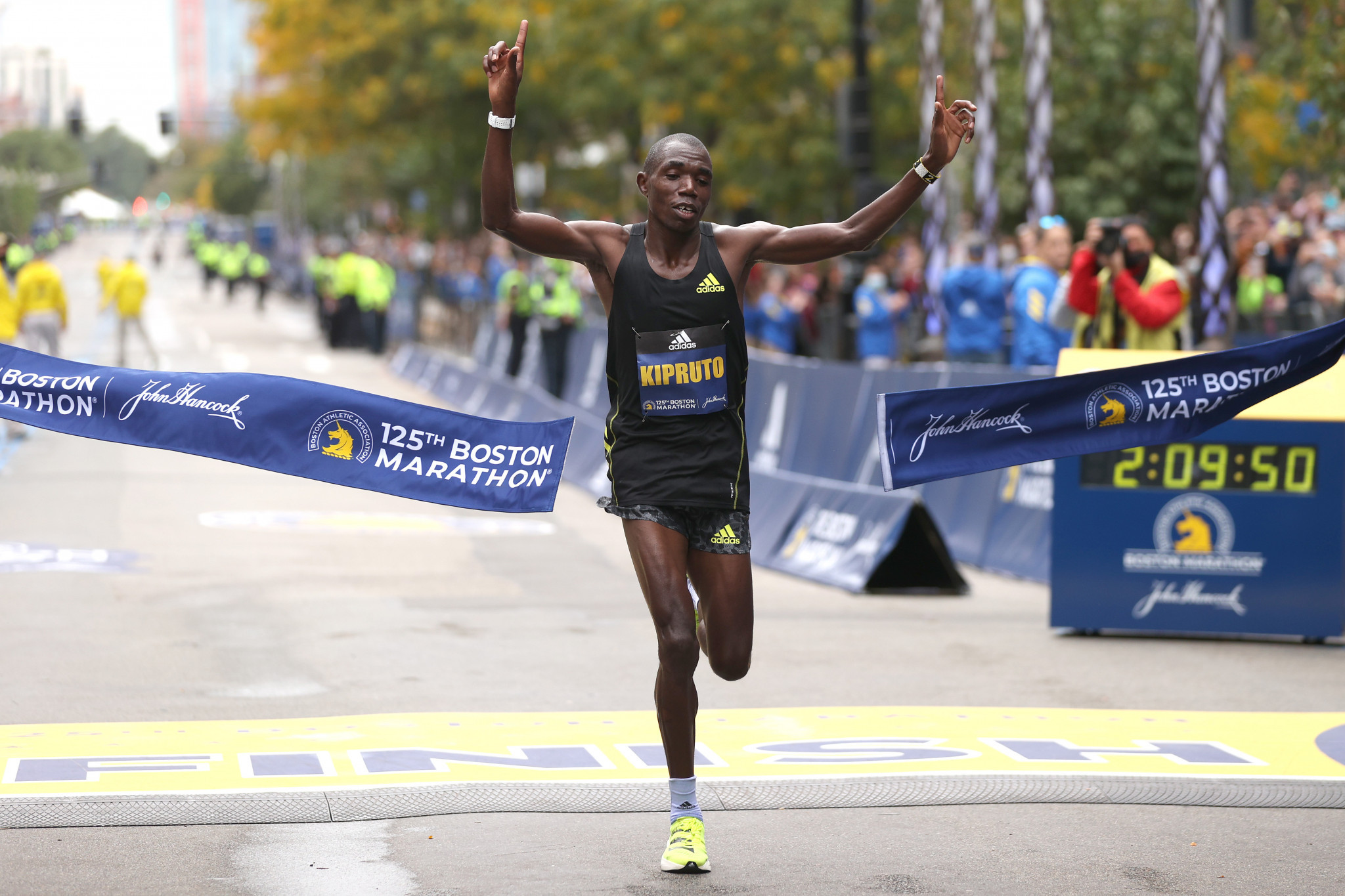 Kenya's Benson Kipruto and Diana Kipyogei crossed the line first to win the men's and women's races at the Boston Marathon today, solidifying their names in World Marathon Majors history.

Kipruto, the brother of established marathon runner Dickson Chumba, took the title in a time of 2 hrs 9min 50sec, nearly a minute up on the leader of an Ethiopian contingent, Lemi Berhanu, who ran 2:10:37, a second in front of his debuting compatriot Jemal Yimer.

Tsedat Ayana of Ethiopia was a further 10 seconds back, while Kenya's Leonard Barsoton was fifth in 2:11:11.

However, the show stealer was American CJ Albertson who attempted a solo effort and broke his half marathon personal best at the split during the race.

He reached the halfway point in 1:04:08, but was eventually swallowed up by a group of 15.

Despite falling down the order, Albertson managed to finish 10th in 2:11:43, three positions behind first American runner, Colin Bennie in 2:11:26.

In her first Major marathon, Kipyogei won by 24 seconds in the women's race in 2:24:45, notably more than minutes slower than her victory at the 2020 Istanbul Marathon.

She led a Kenyan top four and held off double world champion and marathon legend Edna Kiplagat who finished second at the age of 42 in 2:25:09.

Nell Rojas of the United States was in sixth more than a minute down in 2:27:12.

She started with the Berlin Marathon on September 26 and has ran London, Chicago and now Boston, all in under three hours.

Her time today was 2:40:34 and is still to complete the virtual Tokyo Marathon and New York City Marathon this season.

Similar to the Kenyan victories, Switzerland won the men's and women's wheelchair titles thanks to Marcel Hug and Manuela Schär.

Hug finished in 1:18:11, eight seconds adrift of his course record and in front of the US' Daniel Romanchuk.

He would have smashed his previous best, but he took a wrong turn with a few miles to go.

Schär continued her great season by crossing the line in 1:35:21 for the women's race.