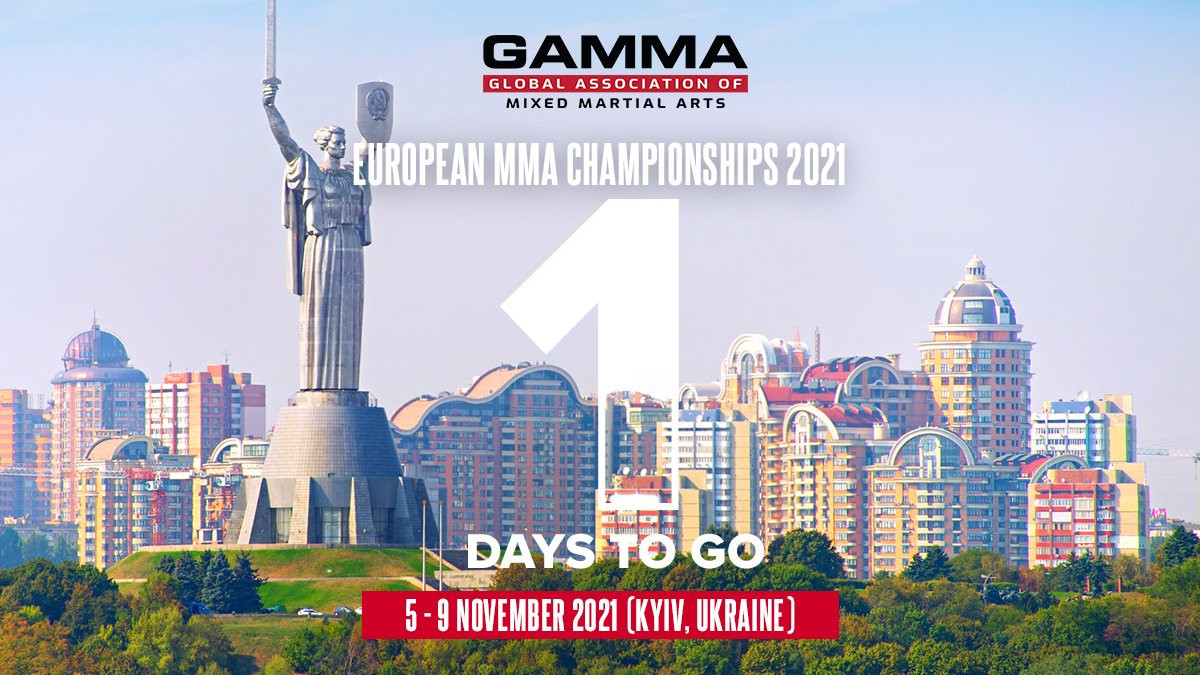 Tomorrow is designated as a registration and weigh-in day as competitors arrive from across the continent, followed by the competition draw on Saturday (November 6).

The GAMMA is notably set to introduce random hydrated weight testing for the first time, which aims to prevent athletes from undergoing major changes in weight to compete in a particular division.

It also plans to conduct an anti-doping education seminar for athletes and support staff, highlighting their rights and responsibilities, the risks associated with doping and control processes.

The International Federation's President Alexander Engelhardt explained the reasoning behind some of the innovations at the Championships.

"As the global governing body for mixed martial arts (MMA), GAMMA not only organises events for aspiring athletes," Engelhardt said.

"It is imperative that we also do what’s right for the sport in terms of athlete safety and well-being, which includes initiatives such as the seminar on anti-doping and hydrated weight testing.

"Ensuring the safest and cleanest possible environment for our athletes allows the athletes to compete at their best on a level playing field."

Bouts are scheduled to begin on Sunday (November 7), with the Championships concluding on Tuesday (November 9).

Medals are up for grab in 16 events.

These range from under-52.2 kilograms to over-92.9kg across nine weight divisions for men, while seven women's competitions will be held from under-48kg through to over-72.6kg.

A total of 120 athletes are anticipated to take part.

Hosts Ukraine is set to be the most represented nation with 31 entries, while 14 Turkish athletes are expected to take part as well as 10 from each of Azerbaijan and Spain.

Three Russian fighters have also entered, following a row over the participation of athletes from the country last month amid political tensions with the host nation Ukraine.

As well as the European Championships in MMA, young amateur athletes from across Europe will have the opportunity to compete in striking MMA.

This latter discipline prohibits ground fighting and was introduced by the GAMMA at its Asian Championships in August.

It is described as "the perfect gateway into traditional MMA" for athletes who have previously competed in sports such as boxing, kickboxing or muaythai.

The Championships have been moved twice, having originally been scheduled for Lamia in Greece before being moved to the Georgian capital Tbilisi due to the wildfire crisis.

However, in September it was shifted again to Kyiv following a spike in COVID-19 cases in Georgia.

The GAMMA is set to stage its World MMA Championships in the German capital Berlin from December 7 to 11, with its World Congress taking place on December 8 and competition starting a day later.