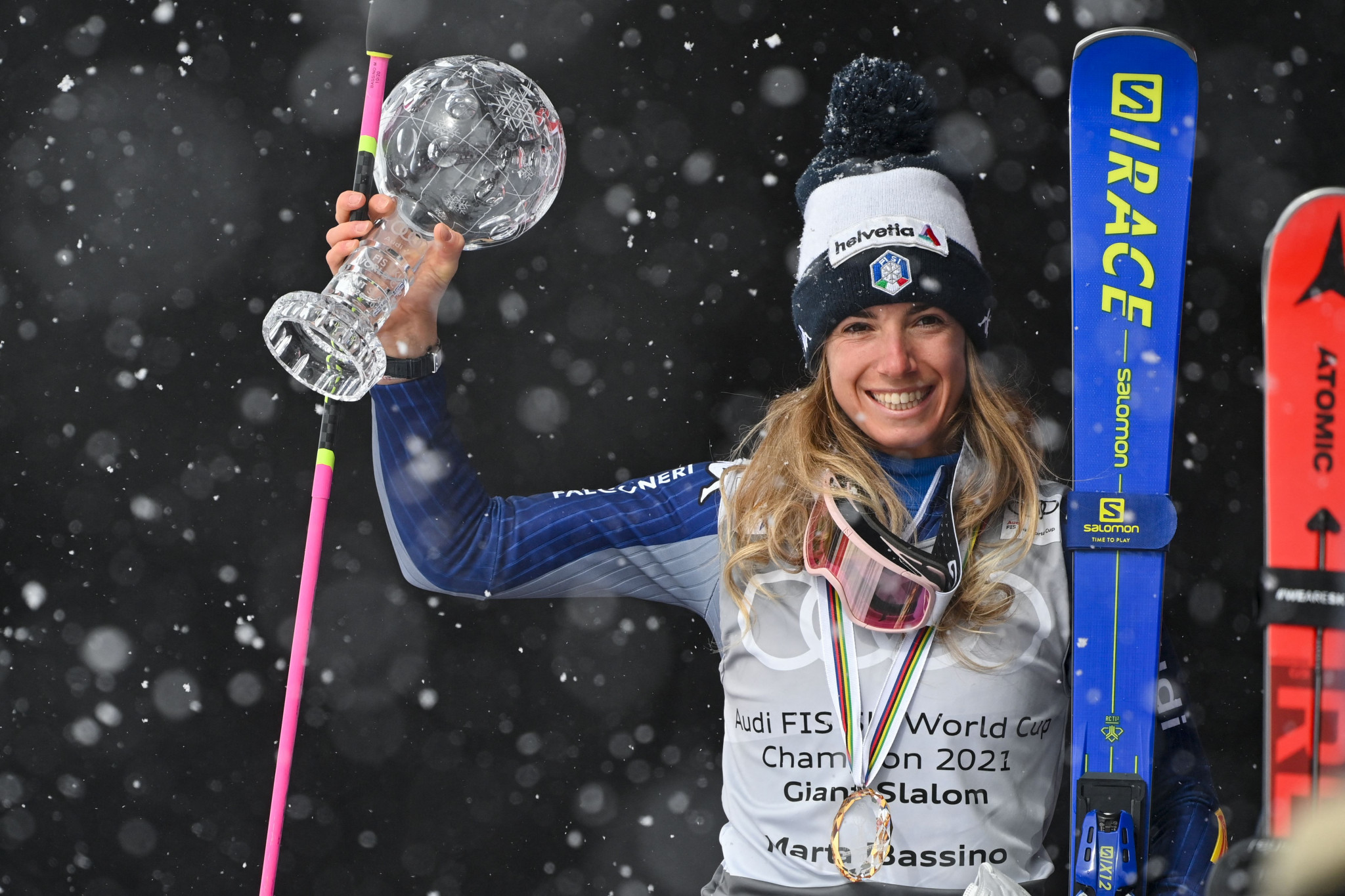 Marta Bassino has been announced as the Italian Winter Sports Federation (FISI) 2021 Athlete of the Year, following an impressive 2020-2021 season.

The 25-year-old advanced to the final of the competition, where she tied with Austria's Katharina Liensberger.

Two gold medals were awarded in the event after the skiers finished on the same time.

Her performances led to her claiming the giant slalom World Cup crystal globe for the first time in her career.

Bassino had been one of 13 athletes nominated for the FISI award across six different sports.

The shortlist had been cut to five athletes as part of a fan vote launched last month, with Sofia Goggia, Federico Pellegrino, Dorothea Wierer and Matteo Eydallin completing the list of finalists.

"I am very proud of this award because it is the culmination of a year that I will hardly forget," Bassino said.

"I am truly proud of the progress made so far, my commitment will certainly be to continue to commit myself to the maximum possible extent to relive an unforgettable day like those I lived."

Goggia had made the final shortlist after securing the Alpine World Cup downhill crystal globe, despite missing half of the season and the World Championships through injury.

Pellegrino won the men's sprint crystal globe in the Cross-Country World Cup for a second time to make the shortlist.

The public voted for the award via the FISI website.

Alpine skier Federica Brignone received the 2020 award as part of today’s ceremony, due to the cancellation of last year’s awards event.