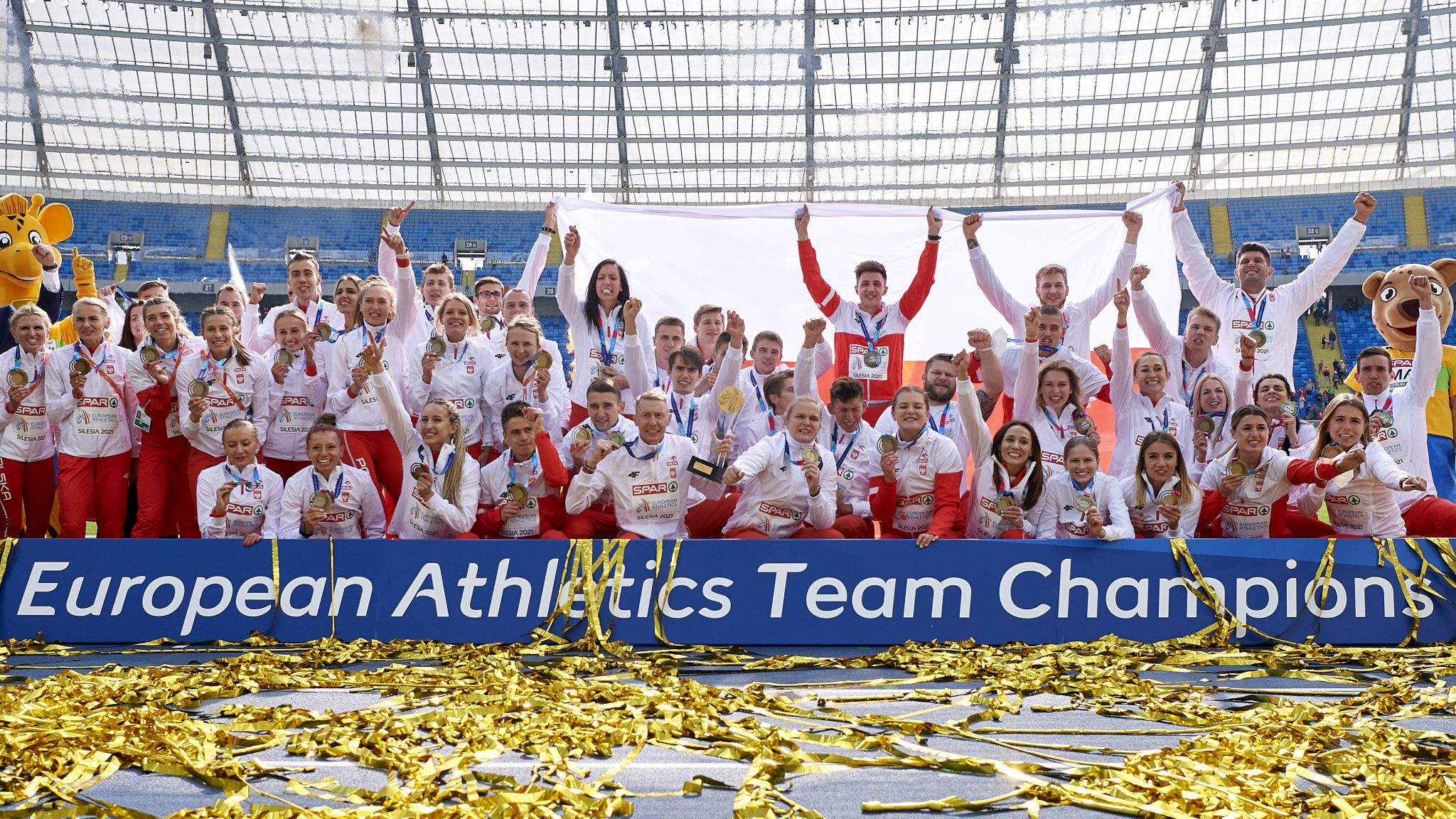 The European Athletics Team Championships has been added to the programme for the 2023 European Games in Kraków and Małopolska.

All divisions of the team athletics event, contested by countries across Europe, will now take place as part of the multi-sport competition, after an agreement was reached by European Athletics and the European Olympic Committees (EOC).

"With this approval by the Council and thanks to the agreement with the EOC and the local authorities in Silesia, we can now continue with the detailed planning of the format of the championships and finding the right dates within the European Games window of 21 June to 2 July in 2023.

"I would like to take this opportunity to thank the EOC President Spyros Capralos for the positive and speedy discussions between our two organisations that have led to this agreement."

Athletics has already featured at two previous editions of the European Games - in Baku 600 athletes took part in the 2015 European Team Championships for the Third League, while at Minsk 2019, a new team competition called Dynamic New Athletics was part of the programme.

"Since 2015, we have been working closely with European Athletics to make sure we have the best athletics competition as part of the European Games programme," said EOC President Spyros Capralos.

"Thanks to their cooperation, we have now found a solution for 2023 with the Team Championships and we are confident that the athletics in Poland will be one of the most popular events during the Games."

The European Athletics Team Championships is set to be held at the Slaski Stadium in Silesia as part of the European Games.

This year’s edition of the European Athletics Team Championships top division, the Super League, was held at the Silesian Stadium in Chorzōw in Poland, with the hosts victorious.

The First League was held at Cluj-Napoca in Romania, and was won by the Czech Republic.