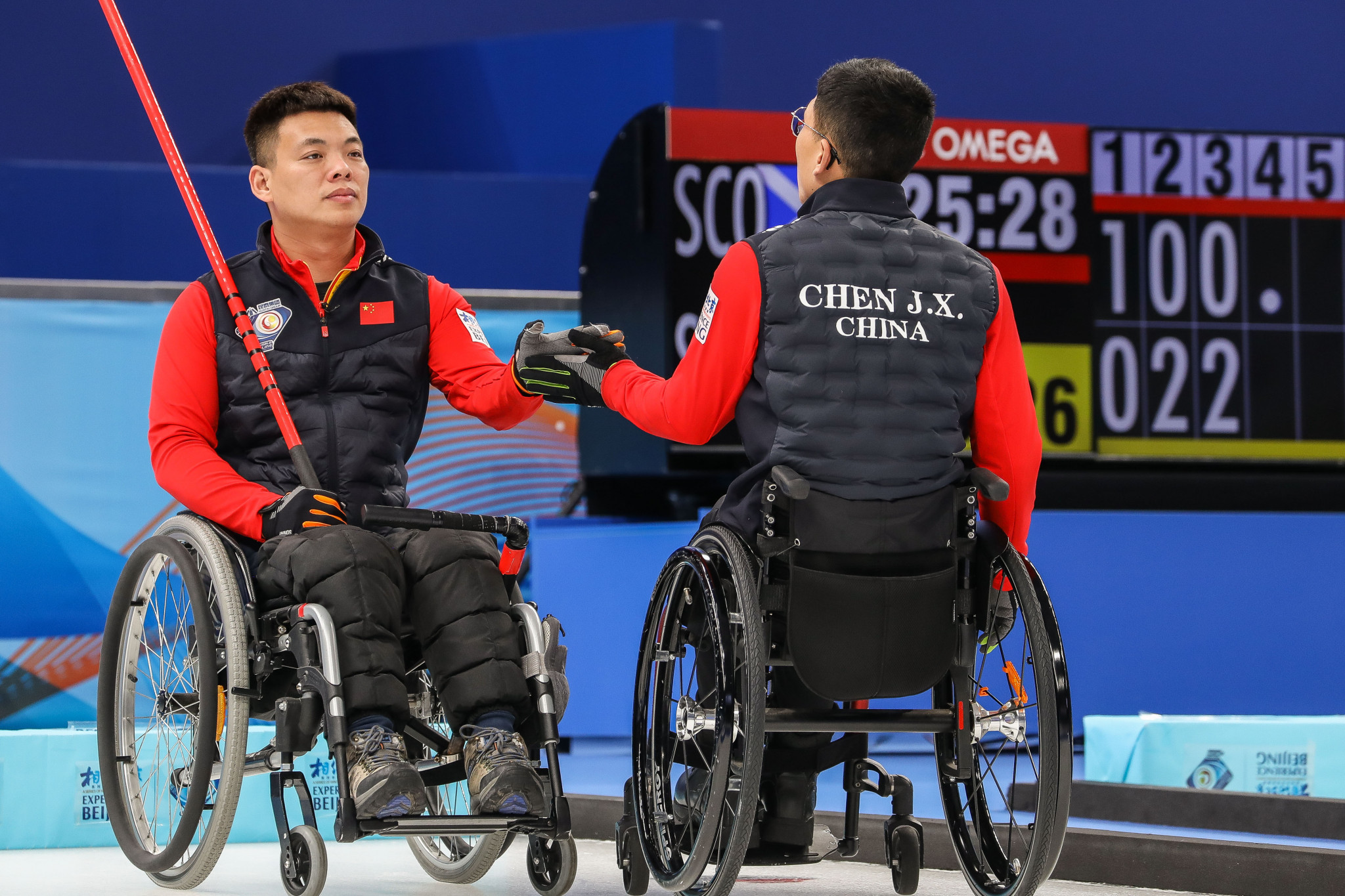 Hosts China moved to the top of the World Wheelchair Curling Championship standings after a dominant win over Switzerland in Beijing.

Earlier in the day, China overcame the United States 6-4.

They then went one better, defeating Switzerland 7-2 in the evening session to move top of the standings with six wins and just one defeat.

China gained the top spot after the Russian Curling Federation (RCF) lost 6-7 to Norway, their second defeat of the Championship, meaning they sit second on a 5-2 record.

The US, China's victims, also sit 5-2 after an 8-6 win over Switzerland in the morning session, while Sweden beat Latvia 8-6 and hammered Scotland 9-2 to join the US, RCF and Scotland with five wins and two losses.

There were some other demolitions throughout the day, including Scotland beating Latvia 10-1 and Italy stonking Slovakia 8-1, both in the evening session.

Slovakia had earlier won their second match of the competition against Korea 5-2, who then narrowly edged past Italy in the afternoon session 6-5.